Kathy Bienek receives a ton of emails per day, but one email she got melted her heart. Kathy is the Vice President of the Saving Sage Animal Rescue Foundation, and was amazed when she read the email. It read that a 20-year-old named Buttons needed rescuing, since the local shelter couldn’t adopt him out due to his age. Bienek wasn’t going to let anything bad happen to Buttons, so she picked him up and brought him back to her shelter. 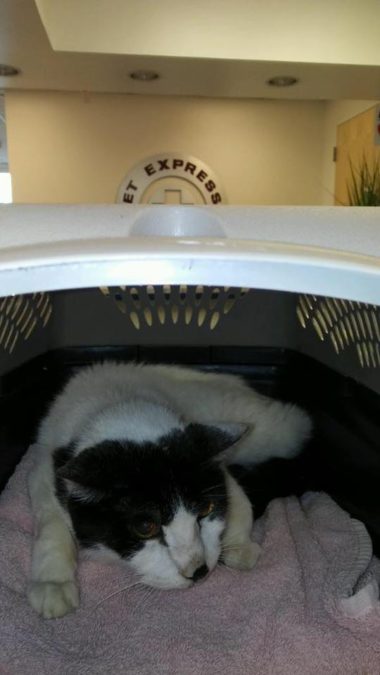 Before she left the local shelter, she was outraged to find that this wasn’t the only time someone basically dumped Buttons. Saving Sage Animal Rescue wrote on Facebook that “He was dumped at the shelter with some of his siblings. Heartbreaking isn’t it?” Bienek told People Magazine that the post encouraged many pet lovers to reach out inquire about the elderly cat, including a woman named Jennifer. “She saw this story and it touched her heart,” Bieniek told People Magazine. “She is a wonderful foster mommy, she has a special place in her heart for seniors. “I am hoping this senior lives out his life getting the love and attention he so much deserves and hasn’t gotten up until this point. Nobody should be disposed of like garbage.” I am so happy that after years of not being wanted, someone finally recognized his beauty and liked him for who he is! 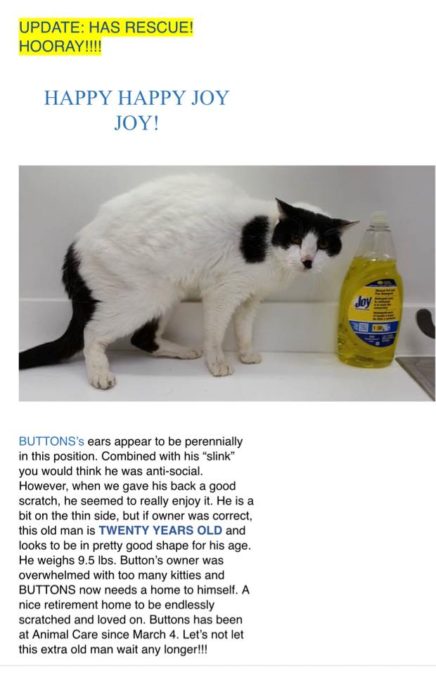