Always trust your gut instincts. If you feel something’s wrong, it usually is. A hero bus driver did just that and ended up saving a stolen dog.

A bus driver named Mike Thomas was on his normal route going into downtown Portland when he noticed something in the middle of the road and slowed down to get a better look.

“I noticed there was a guy in the middle of the road with a dog. And he had the dog by the collar and was leading it across the street. It is not a place where you would normally cross, and he didn’t have a leash,” Mike said. In addition, the man was in pajama bottoms which raised another red flag to the bus driver. 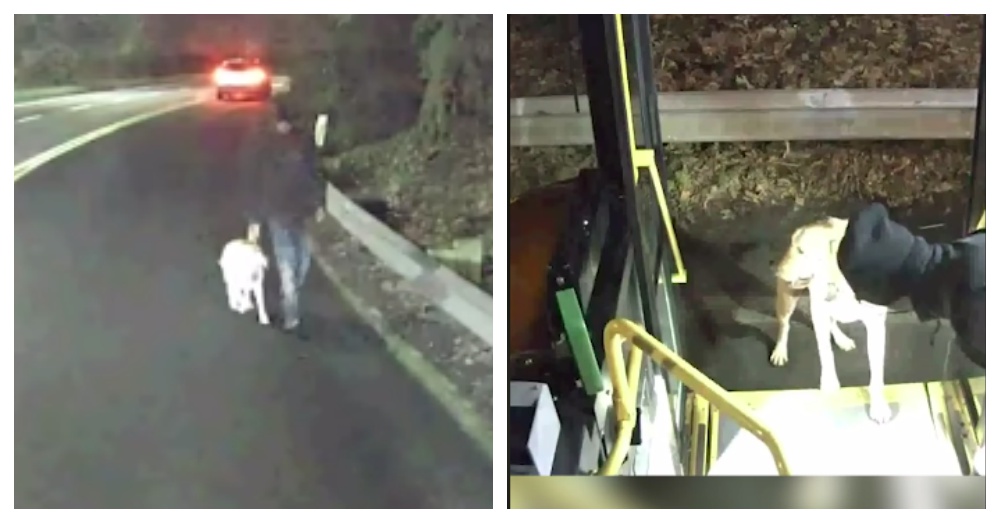 “The situation did not seem right to me, so of course I stopped.”

Mike opened the doors and allowed them to board the bus, even though dogs are not usually allowed on the bus. “Letting him on was the safest thing to do at the time in the situation we were in.”

At one point, the man started talking to a female passenger and offered her the dog. Mike knew then that he was right to stop and help the dog. 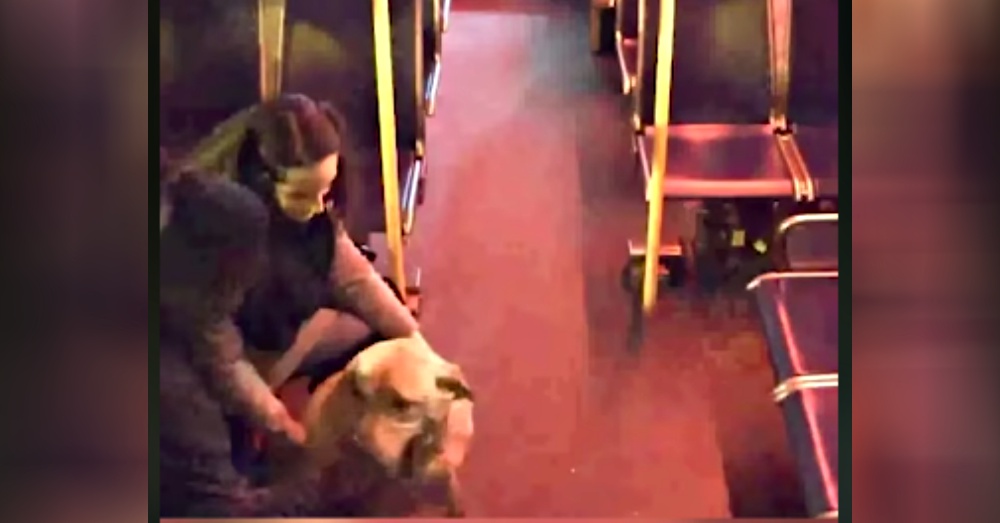 He asked the suspicious man the dog’s name several times and each time the man gave a different name – none of them were right. The dog was wearing a collar with a tag that had his name on it and Mike saw it when the dog ran to the front of the bus to retrieve a ball.

Mike’s gut instinct was right that something was off and he was determined to help the dog. When they reached downtown he informed the man that he was keeping the dog and returning him to his owners. The man exited the bus as Mike held the dog by his collar. 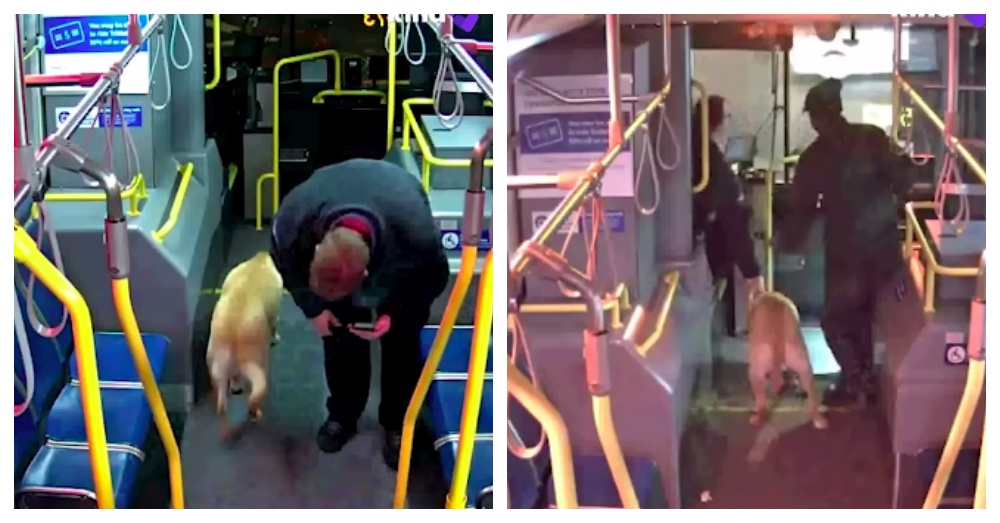 Passengers on the bus comforted the dog named Cooper until he was handed over to Transit Police. It turns out that Cooper’s parents were out of town and their son was watching the dog, but he called frantic late one night and said Cooper was gone.

Jane Murphy, Cooper’s owner, noticed she had a voicemail and it was from the Transit Police saying they found Cooper and he was safe on a TriMet bus. Cooper was reunited with his family a little after midnight. 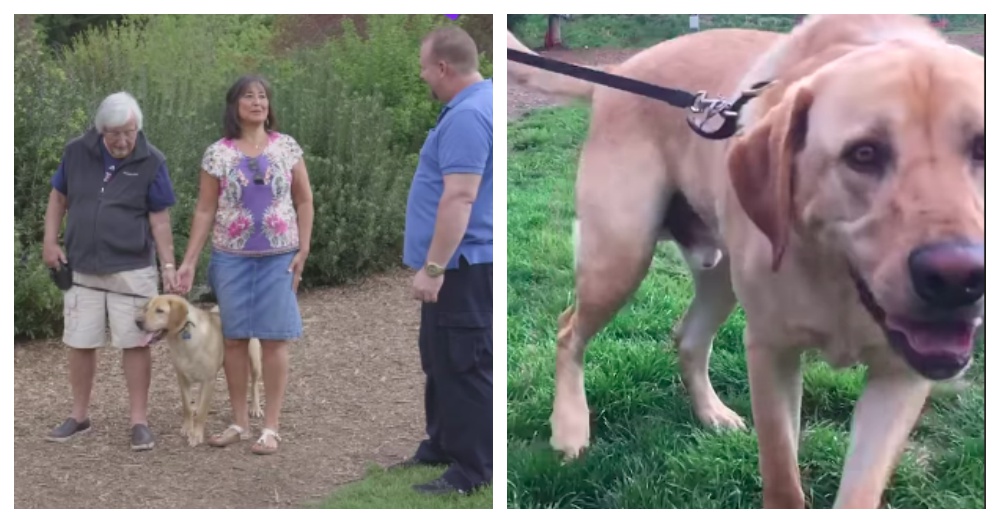 They were not sure how Cooper got out of their backyard but were relieved that he was found.

The family was so grateful for Mike’s actions that they wanted to meet him in person and thank him. They gave him a picture of Cooper and a note that said “Thank you for bringing me back home to my family.” 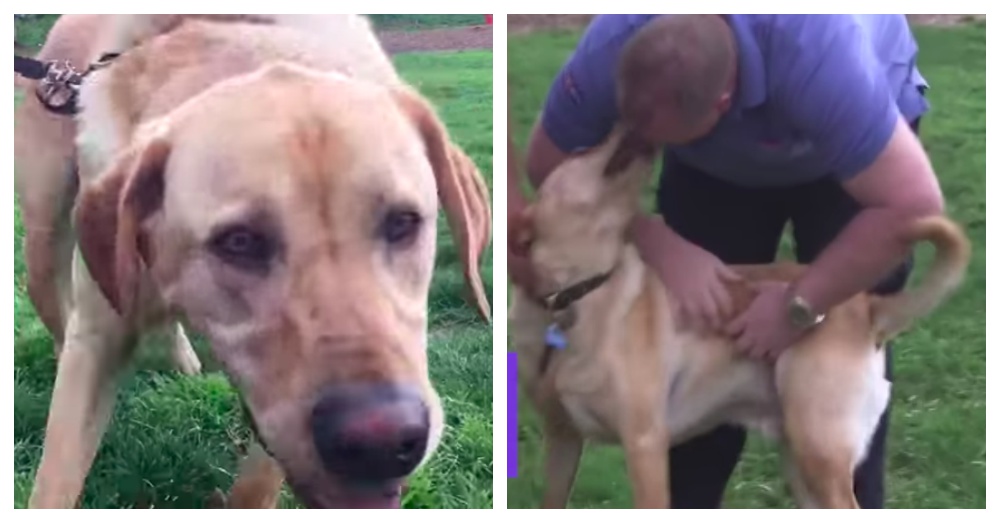 Jane said, “Just brings great pride that there are some very good people in this world who are willing to go out that extra mile for our four-legged animals.”

Watch the entire story in the video below and don’t forget to share!

Man Drives Across The Country To Reunite A Terminally Ill Woman With Her Dog: Click “Next” below!