Santa usually gets all the credit, but this year, a Milwaukee family is thanking a local bus driver for delivering their best Christmas present.

Jamie Grabowski had just finished her route around midnight when she saw a pair of lost dogs running around in the street. “Hey, you two! You need to go home right now,” Grabowski called out the driver’s side window, according to The Washington Post. When the pooches failed to heed her advice, she invited them on board, where they’d at least stay warm — and safe from oncoming traffic. 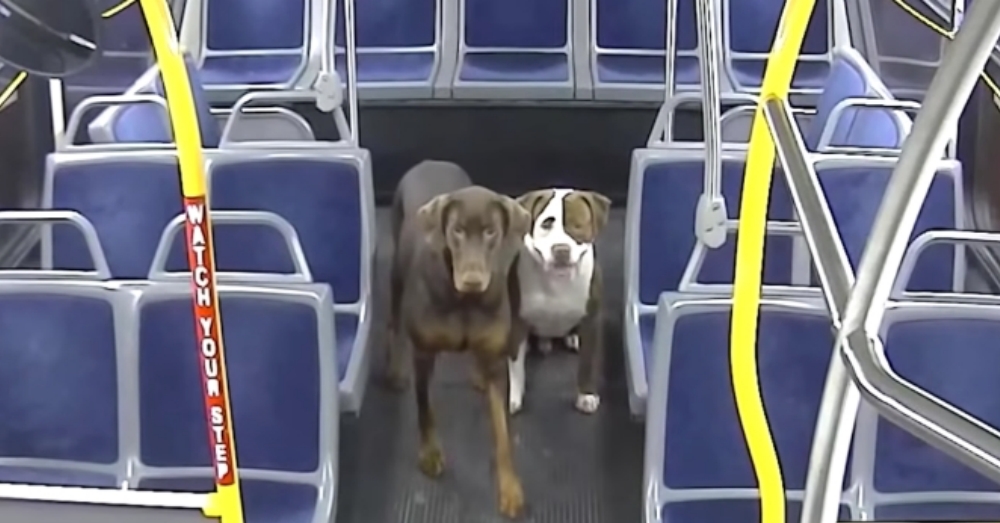 Indeed, Grabowski didn’t have to ask the dogs twice to escape this frigid winter evening. The pit bull and Doberman pinscher promptly boarded when she opened the door, then patiently waited in the back of the bus while the driver called for back-up. “I got them on the bus because I thought they were going to get hit,” Grabowski can be heard telling dispatch. 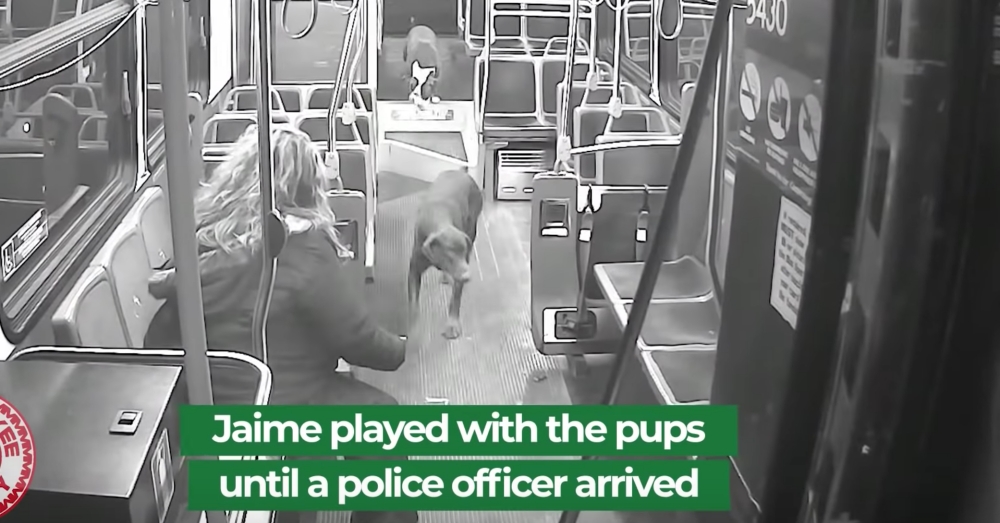 Despite the late hour, Grabowski also insisted on waiting with the dogs until animal control officers arrived. “Come here, babies! I know. Come here — I’m going to get you home,” she can be heard reassuring the dogs.

When officers finally arrived, they took the 2-year-old dogs back to their house, where their family had been frantically searching ever since their rogue dogs managed to escape from the yard. Unfortunately, the doggie duo had picked one of the coldest winter nights to execute their jail break. The evening’s 20-degree chill made Grabowski even more grateful she’d spotted the pooches trotting around outside. Otherwise, the pair could have easily frozen to death. 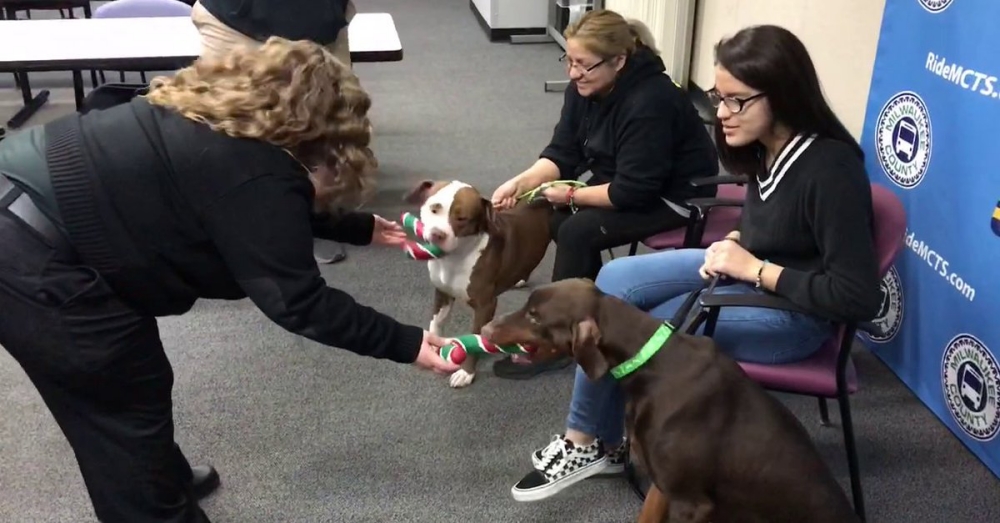 This bus driver’s good deed was later published on the transit system website, along with video of this thoughtful driver’s efforts to reunite these “very good boys” with their family. Find out more about this heartwarming story in the video below!