Sally and Cary Burky, a couple from Ozark, Missouri, were making plans for their big day and decided to incorporate something that was near and dear to their hearts – rescue dogs.

At first, they thought about including their own beloved fur children: a pit bull mix, German Shepherd and a cat. However, they decided to share the spotlight with dogs that were looking for forever homes.

“I just thought that that would be amazing to have dogs that are looking for homes to be a part of our day,” Sally told Ozarksfirst. 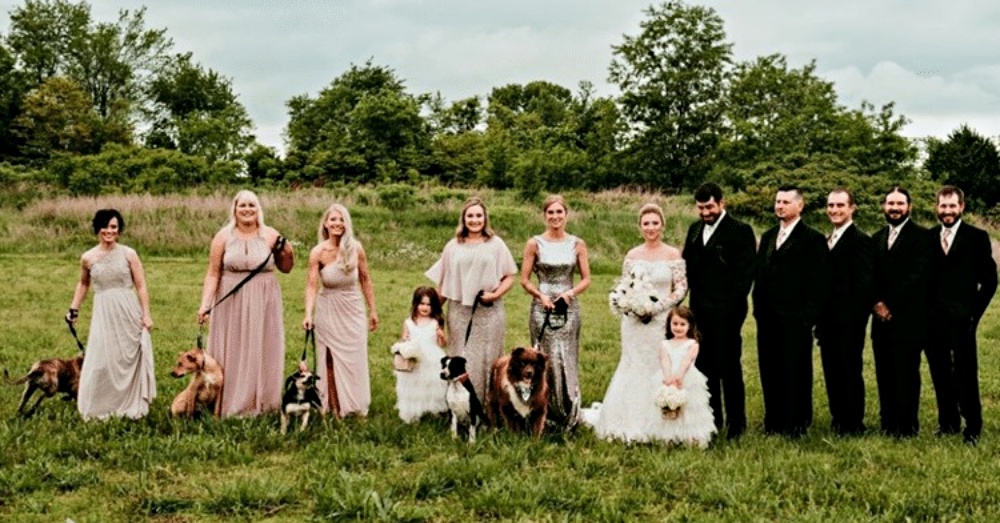 Sally has been a longtime volunteer with the local no-kill animal shelter, Haven of the Ozarks. She enjoys spending time with the dogs, giving them treats and taking them for walks. The couple connected when Cary came into the shelter looking for a dog.

“I had lost a dog of mine, and she was showing me rescue dogs and that’s essentially what linked us together,” Cary said. “Was through rescue dogs.” 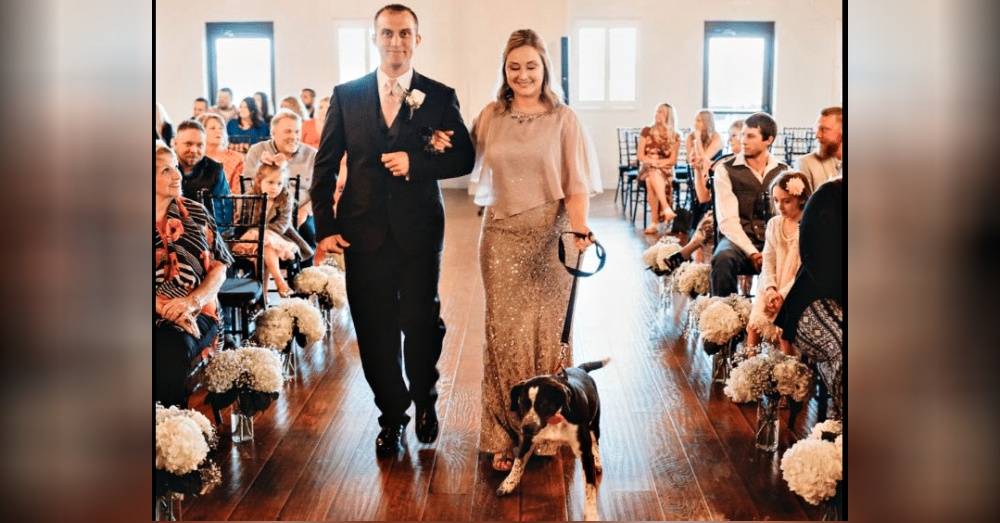 On the day of the wedding, five shelter dogs were transported to the wedding venue for their debut. As the bridal party lined up and and prepared to walk down the aisle, each bridesmaid grabbed a leash and the arm of a groomsman. The rescue dogs were on their best behavior and hand picked by the director of the shelter.

She picked the ones that she knew could handle the stress of a new environment and strangers. The dogs were a little unsure of the wood floor but quickly adjusted. Everyone loved the rescue dogs and were able to spend some time with them after the ceremony. The couple achieved their goal of raising awareness for adoption. 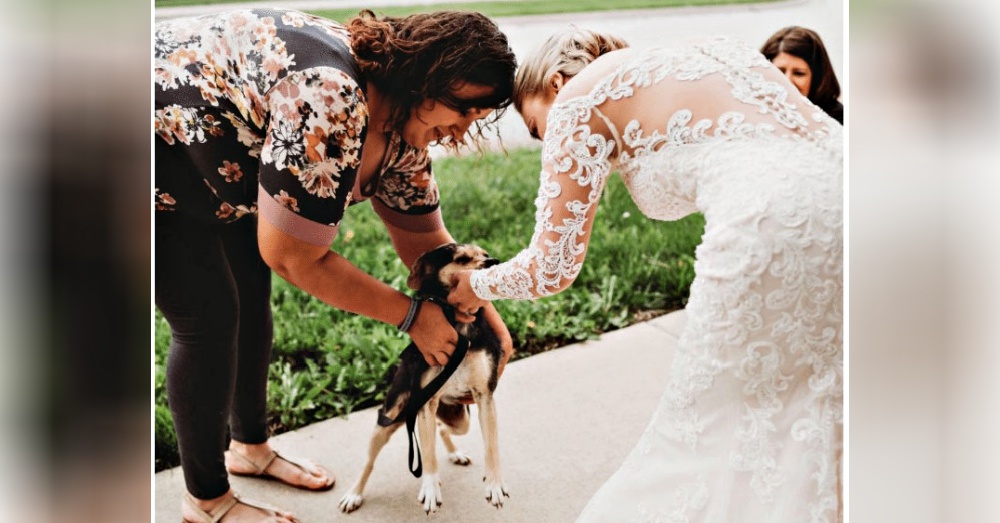 “We were hopeful that we would get just donations from the guests and maybe one would get adopted,” said the couple. However, all of the dogs were adopted and many donations were made to the shelter. “The last one that was in the ceremony with us, her name was Yazzy and she just got adopted yesterday.” 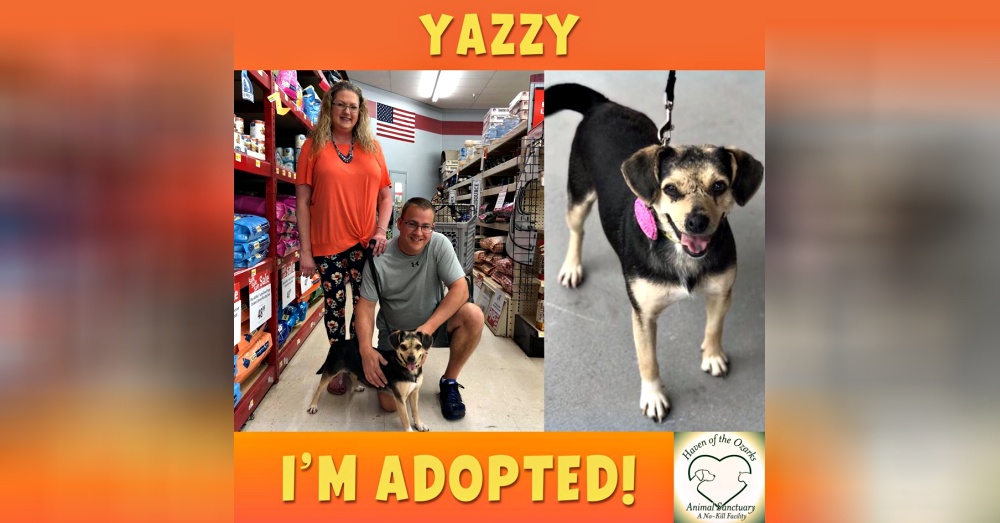 The shelter appreciated the exposure for the dogs and received donations from people across the country to help other shelter animals. They encourage people reach out to their local shelters to see how they can help. “Anytime we can give the dogs more exposure, it gives them a better chance at getting adopted,” stated Jennifer Silverberg of Haven of the Ozarks.

Share this with someone who would ditch flowers and have shelter dogs or cats in their wedding. Adopt don’t shop!

Bridesmaids Ditch The Flowers And Carry Rescue Puppies Down Aisle Instead To Help Them Find Homes: Click “Next” below!