Selling animals in flea markets is normal in certain parts of the world, but the idea is abhorrent to many animal lovers. It can be unpleasant for people to see helpless-looking little rabbits being sold alive for food. 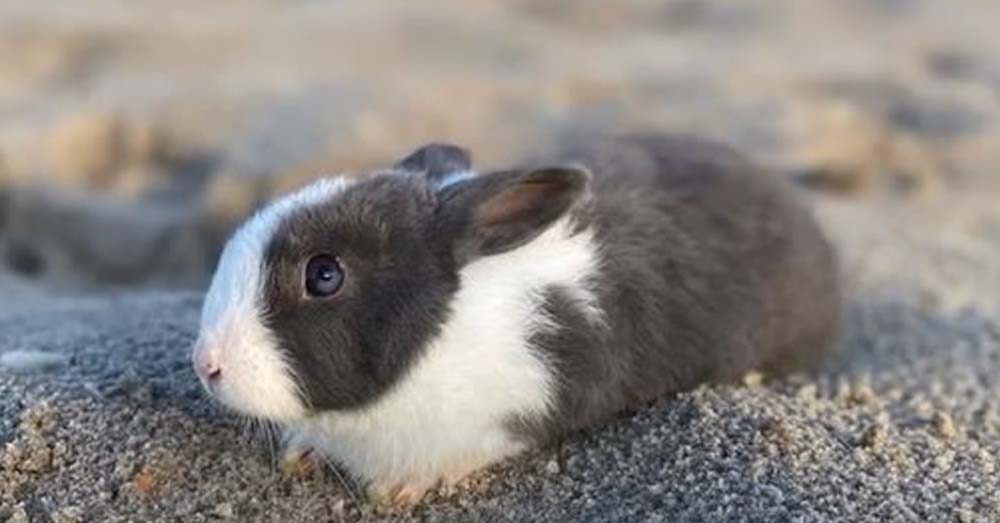 It’s saddening to see baby bunnies being kept as food for the future. In addition, in some parts of the world, you may see those bunnies squished together in tiny cages waiting to be purchased in flea markets. Not all meat bunnies have good lives. For this reason, during a trip to Puerto Rico, a couple bought a bunny for $15 to rescue him. After that, Victoria and Nick began their journey as rabbit parents. 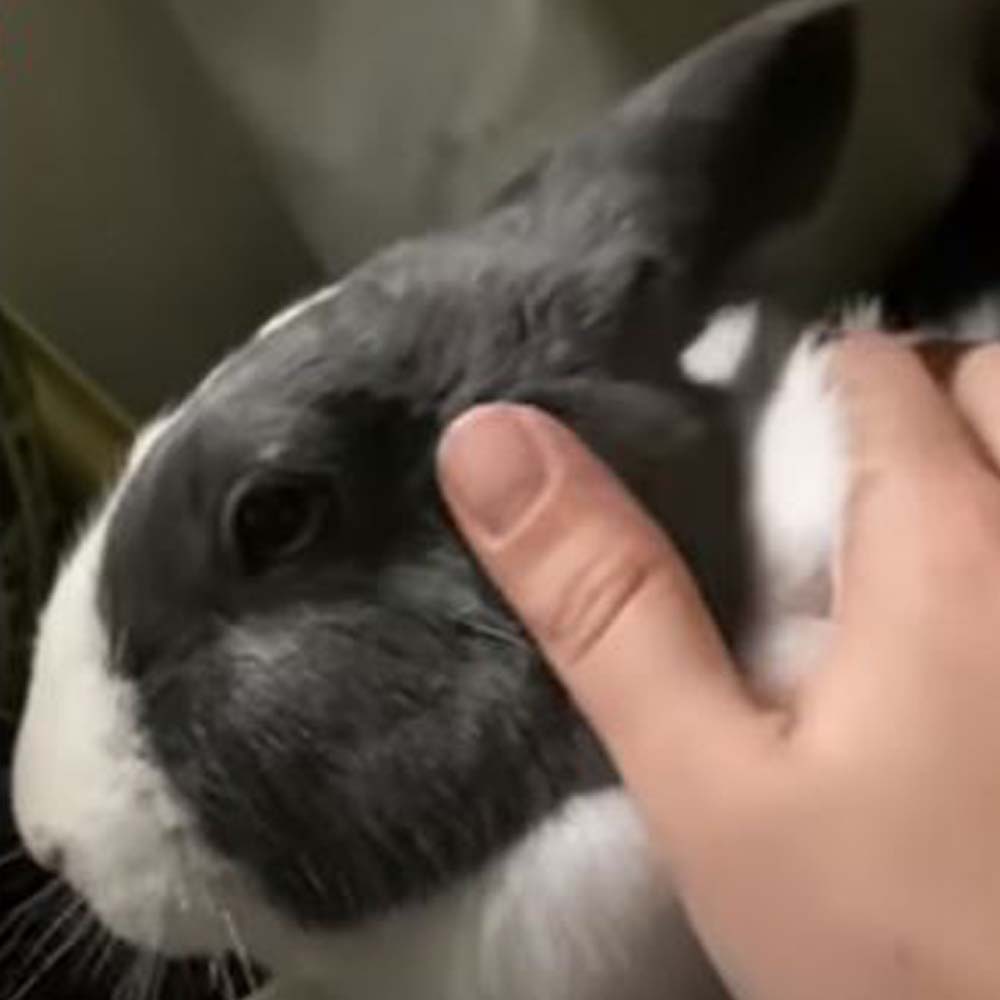 “The first few weeks were overwhelming. We didn’t know anything about bunnies,” Victoria said. “I was googling like a million questions, because I had no idea what to feed him.” The couple named the rabbit Tony, and he was undeniably well-behaved. Victoria and Nick showed him so much care and decided to adopt a friend for Tony. Rabbits are fond of socializing and can be lonely when not surrounded by other bunnies.

Then came Mila, a rescue bunny from Florida. Apparently, poor Mila was caged and locked up in a Florida garage. It’s certainly dangerous for a small furry animal to be caged up somewhere where the heat is intolerable. “There was no real indication that she ever got taken out or played with or anything of that nature,” Victoria explained. Thankfully, the couple found her and are blessed to include Mila in their family. It was undoubtedly good for Tony, especially when he started showing signs of illness. 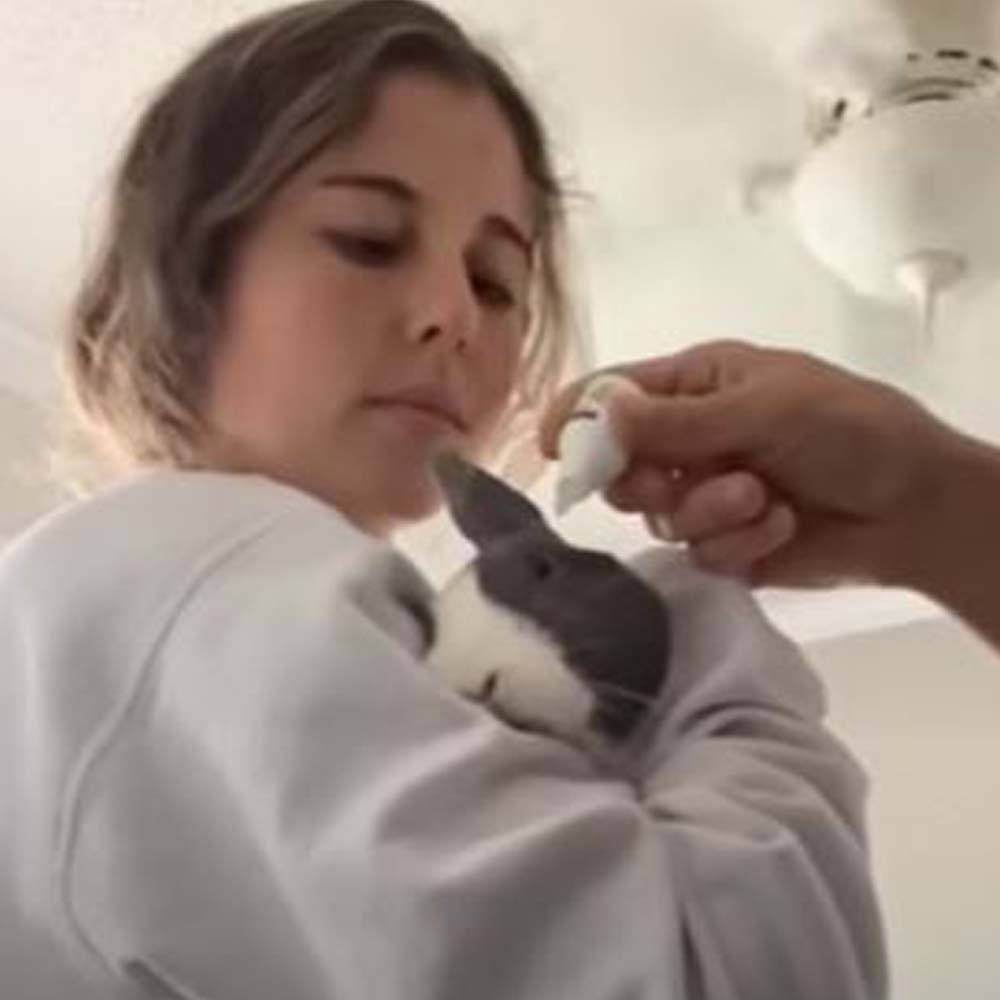 Tony’s health issues were apparently innate, and the couple only noticed it seven months after they adopted him. His eyes acquired cataracts, leading to surgery that made Tony develop a head tilt. The condition might seem uncomfortable, but Victoria explained that Tony was alright. Mila’s presence truly helped Tony endure all those tough days. It was definitely the right move — rescuing Mila from an abusive and negligent home which brought Tony extra happiness. 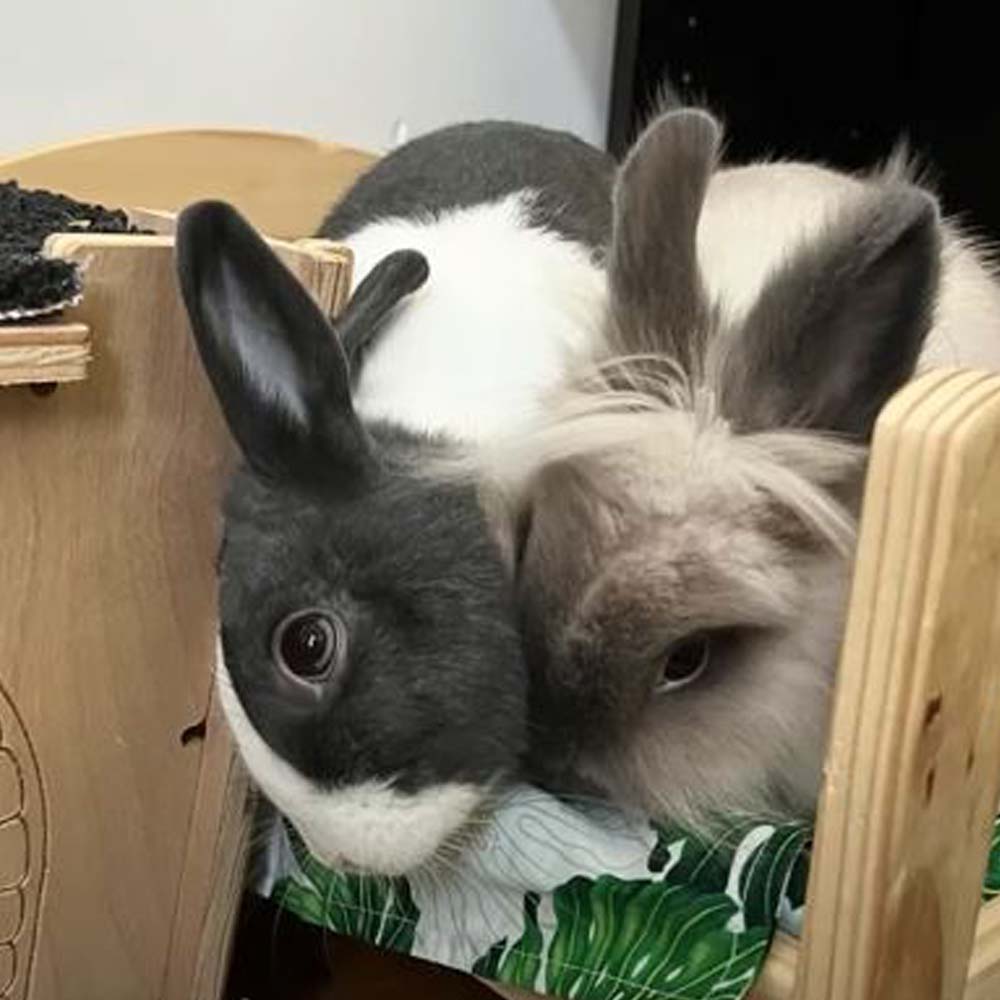 Later on, the bunny parents adopted yet another precious addition to their family. They call him Remy, and their friend bought him in a pet store but had to give him up due to the overwhelming responsibility. Luckily, Victoria and Nick were committed to being bunny parents and took Remy in. Take a look at the life of a growing rabbit family with loving human parents by watching the video below. You can also get to know more about them through their Instagram page.