A Baby chimpanzee was born at a Russian zoo but became orphaned after his mother hadn’t bonded with him. A zoo staff member then took the chimp home to bottle-feed him and give him round-the-clock care.

Meanwhile, her 100-pound bullmastiff, who had recently given birth to four puppies, took it upon herself to introduce herself to the baby chimp, and much to the owner’s surprise, the two of them bonded instantly.

The chimp soon looked up to the dog as his mother and was always by her side. It seems the chimp thought he himself was a dog as well because he started bending over and eating food from bowls like the bullmastiff’s puppies he was with. 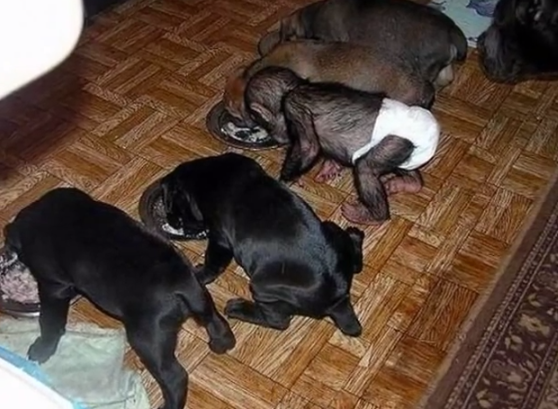 The chimp played with the mama dog and her puppies and even cuddled with them. The bullmastiff may have been a real mom to her puppies, but she was now a surrogate mom to this chimp and loved every second of it. 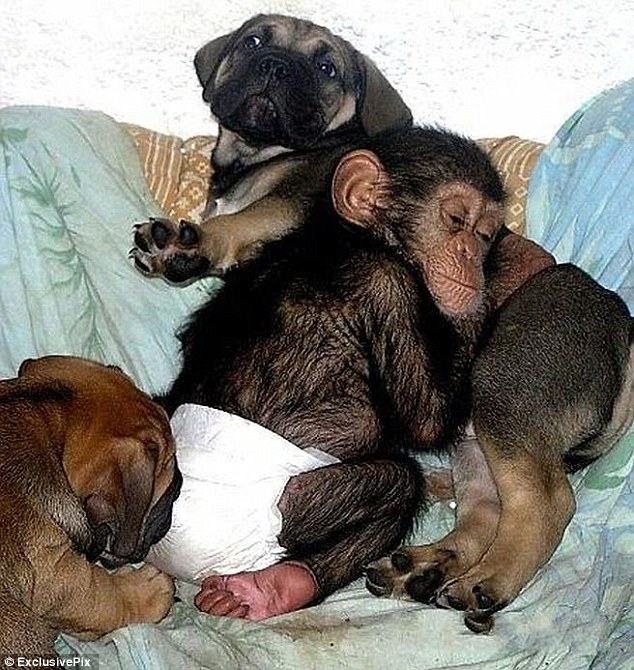 The way they trusted each other and showed each other unconditional love is amazing. Love and friendship definitely knows no species! The incredible bond between this dog and chimp is living proof! Seeing the way they live together in harmony is so heartwarming. This chimp would’ve grown up without a mom, but now he has the best one ever! And of course the cutest puppy siblings as well! 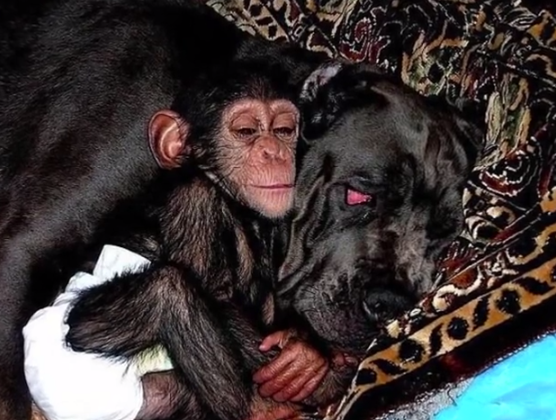 See more pictures of the dogs and chimp together in the video below: