Once Bullied For Being Different, This Oklahoma Boy Finds An Adorable Rescue with His Exact Same Condition

Until very recently, an Oklahoma boy named Madden found himself fending off bullies who found the seven-year-old’s cleft palate and heterochromia, or mismatched eyes, made him an easy target for taunting. One day, the boy would realize this very unique condition made him special, but for now, the rest of his first ground playground remained significantly less enlightened. 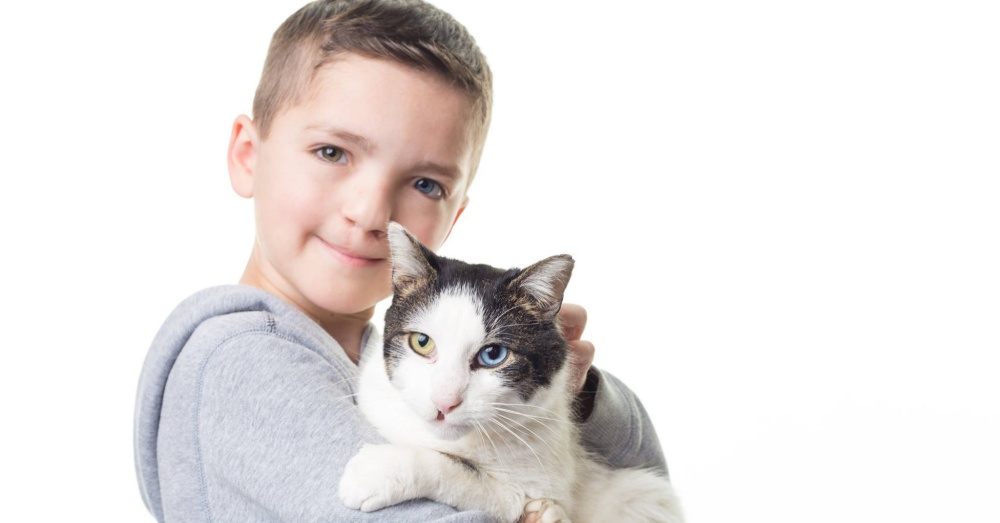 In the meantime, Madden’s mom, Christina, encouraged her son to celebrate his special qualities, which he did by creating this adorable YouTube video below. Christina also happened to come across a rescue cat with the exact same condition – which is extremely rare considering both cleft palettes and heterochromia affect less than one percent of the population.

“Funny how a pet can make you feel less alone,” she wrote in a Facebook group for mothers of kids with cleft palates, noting that she and Madden were planning to journey all the way to Minnesota to pick up this wonderfully one-of-a-kind rescue cat who happened to have so much in common with her son. 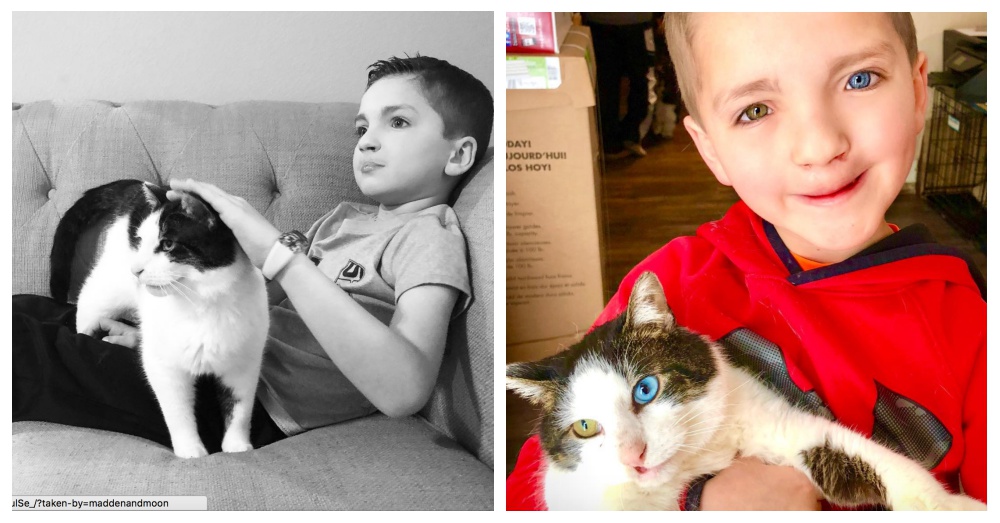 Since folding Moon into their family, Madden and Moon have become fast friends. ‘Everyone needs a friend, and everyone needs to feel understood, Christina wrote on a blog. “Not only so that both he and the kitty have a relatable and sweet companion, but also, I hope Moon helps Madden realize that being born unique in an incredible thing; that he is magic. These two handsome guys truly are a wonder.’

Watch Maddens’ adorable video below about what makes him special!

Click ‘Next’ to read about more ways animals can offer life-saving emotional support!