Bullet Is One Friendly Bison. When You See What She Does, You Won’t Believe It!

It’s not every day that you see a 1,110-pound bison up for sale. Especially a bison who thinks she’s a dog! Karen Schoeve, an Argyle, Texas resident, reluctantly had to sell her seven-year-old bison, Bullet, after going through financial problems from a divorce. 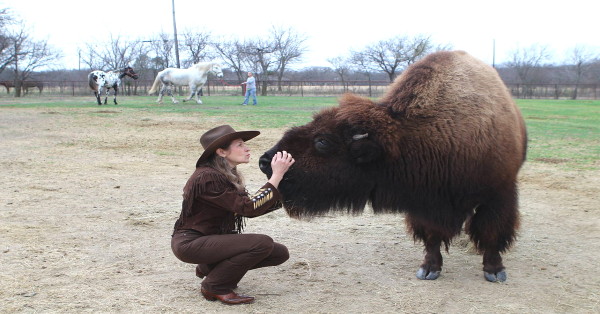 She searched for months for an honest and reliable person who would take great care of Bullet. Someone offered her $10,000, but Schoeve said money isn’t a factor. She just wanted a buyer who would give Bullet the human interaction she needed. 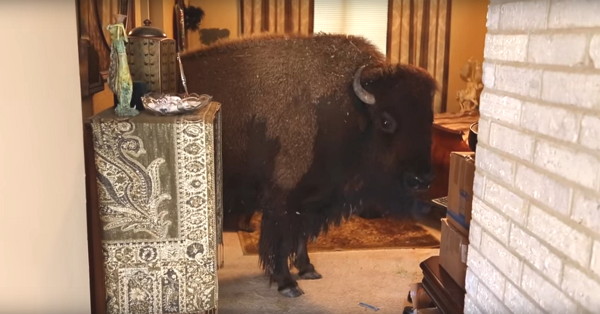 Schoeve said that Bullet has a special bond with humans since she was imprinted with them from birth. Although Bullet has lived outside, she still came into Schoeve’s house as she pleased. She would walk in and roam around the halls, but she would never destroy anything or relieve herself inside. She just enjoyed being inside and was very curious and loved to smell everything. She is even a great listener. 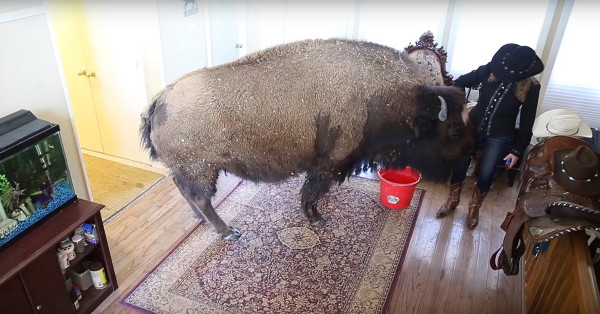 Schoeve’s dream was to open an animal education center when her husband bought Bullet two years ago. But the couple since separated, and with the divorce, her dream was no longer realistic. She had to downsize to a home with a smaller property, leaving Bullet with less room to roam around. 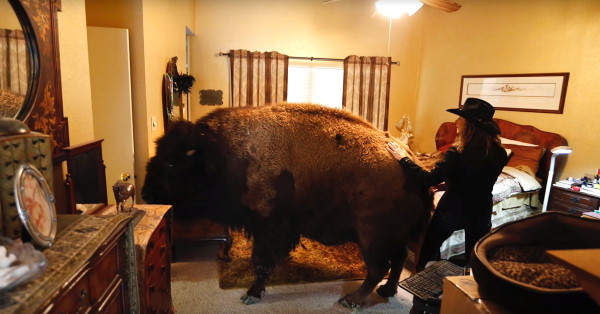 After months of searching, Schoeve finally found a new home for Bullet, just a few miles away! Her new home has a big pasture for her to play in and two cows to be friends with! “When they met, one of the cows picked up a branch with leaves and laid it down in front of Bullet,” Schoeve told CNN. “It was a peace offering.” 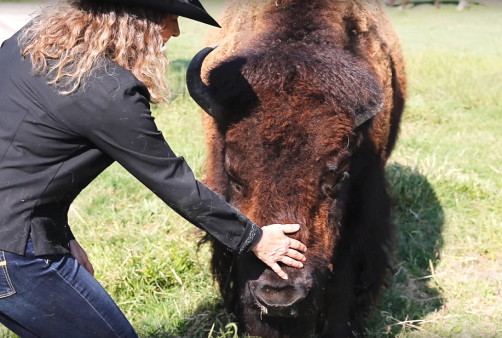 Bullet’s new owners old Schoeve that she can come and visit any time she wants. After Schoeve left Bullet at her new home, Bullet ran across the pasture to say goodbye. “She walks around the pasture then she looks back at me,” Schoeve told CNN, fighting back tears. “It was like Bullet was asking if it was ok.”