Dog Sings ‘You Raise Me Up’ And Steals The Show

If you happen to have a dog in your life, you don’t need anyone to tell you just how adorable they can be. It seems as if they win our hearts over from the moment they come into our lives and we just can’t get enough of them. That includes this amazing bulldog, Junior, who happens to love the song “You Raise Me Up.”

Junior may appear like a normal, run-of-the-mill bulldog riding in the backseat with his owners upfront, but that is where the average ends. When they start to sing and Junior is encouraged, he jumps in and starts howling. 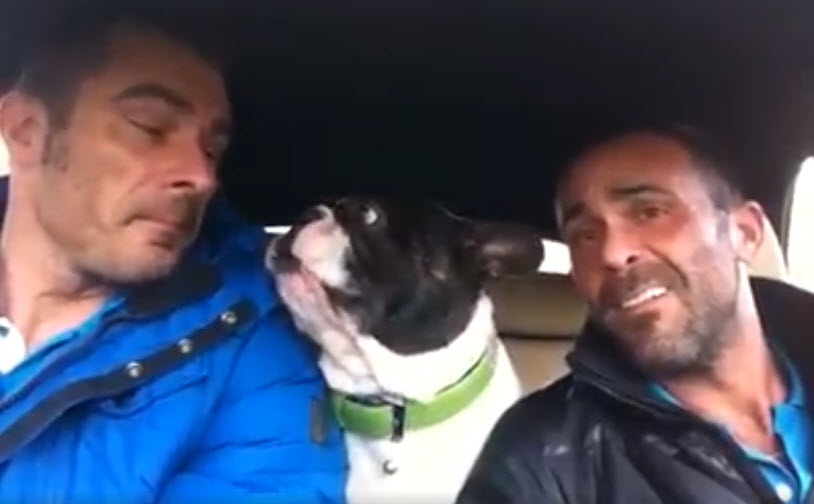 At first, Junior is a little shy but it isn’t long before he really starts getting into it. It’s absolutely adorable as he tries to take over the situation and sings along with the chorus with all of his heart. I don’t know if this is 100% accurate, but it almost seems as if he is letting his owner know exactly how he feels. You can see the love in his eyes while he is singing.

Of course, we often hear that “music calms the wild beast” and it may just be a lot more accurate than most of us realized. Music has an effect on humans, we know that for sure. Most of us also recognize just how much of an effect music can have on animals as well. It is obvious that Junior loves his music, and I’m sure that he hears it quite frequently.

If you are ready to be inspired, you can watch Junior having a lot of fun singing a song with a couple of his best friends. It’s really going to make your day: