If you happen to have a dog in your life, I’m sure that you need nobody to tell you just how awesome they can be. As it turns out, they are not just great for snuggles and doggy kisses, they can be quite a source of entertainment as well.

Why can I be so positive that they are great for entertainment? Because they can join us when we are taking part in one of our favorite forms of entertainment: watching a movie.

That will become clearly evident when you see this video of a bulldog reacting to Psycho, an Alfred Hitchcock movie. It didn’t take long before the Internet was in love. 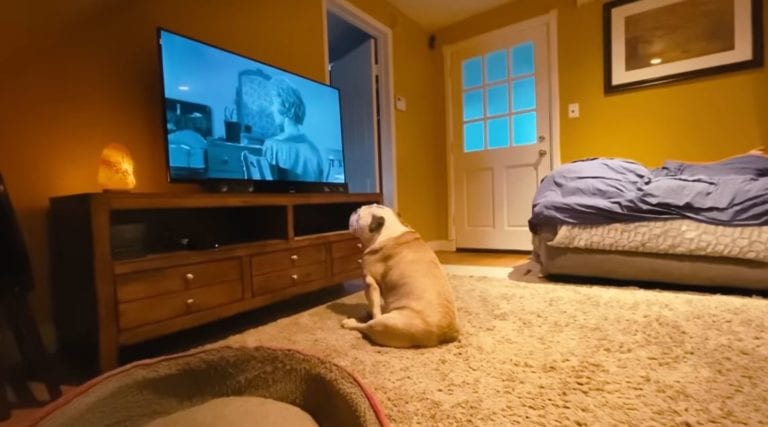 If you’ve never seen a dog react to a movie before, you really need to watch them more closely when they are near the TV. They may appear to be disinterested in what they are seeing, but there are going to be times when their reaction is the best part of the movie.

It doesn’t take much looking on YouTube to find videos of all types of animals watching TV and reacting to it. It seems as if Khaleesi the bulldog can be included in that number. 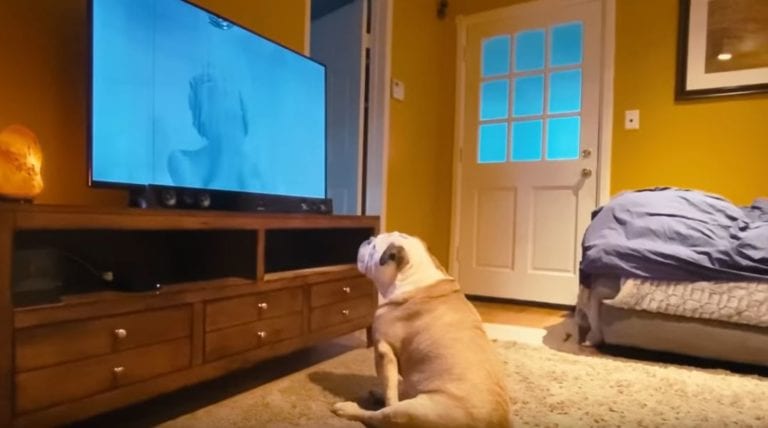 Although Psycho has been out for many years, if you planned on watching it and have never seen it, then you should be aware of some upcoming spoiler alerts. Marion Crane, played by Janet Leigh, is in the shower when a murderer approaches and stabs her during one scene. It’s perhaps one of the best-known horror scenes of all time.

Like the perfect gentleman that he is, the bulldog turned his head when the shower scene starts. I’m not sure if he is looking away out of politeness, however, or if it is because he knows what is coming. 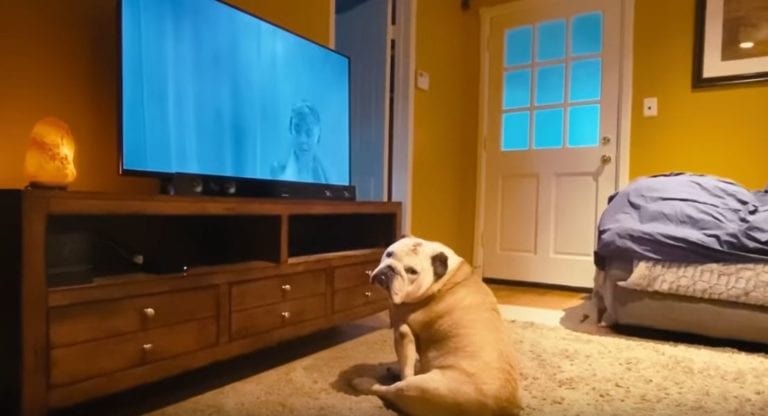 Khaleesi appears as if he is giving the woman in the movie a little privacy. I would like to know what is running through his mind at that moment. 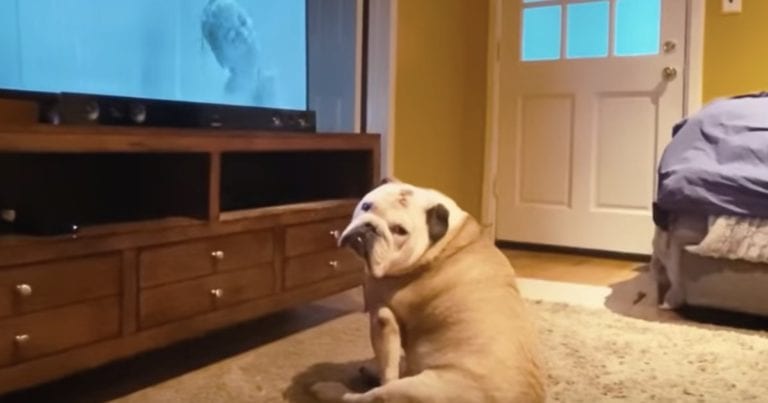 Things begin to change when the killer appears and he can’t help but look back again. When the knife comes out and Marion screams, all bets are off. Khaleesi starts barking at the screen, trying to scare off the killer.

It’s amazing to watch this bulldog try to save a young woman that is being attacked, even if it is only on the screen. 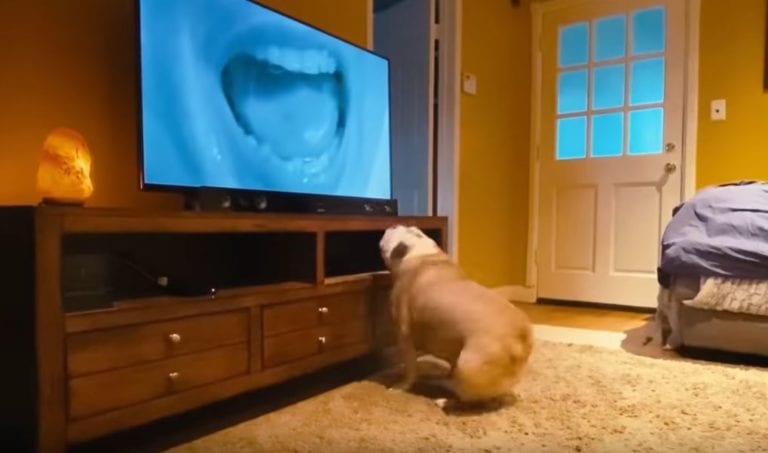 Even though Khaleesi tries his best, the scene is not going to change. When Marion eventually falls to the floor in the shower, the dog sits back down again and watches to see what happens next. 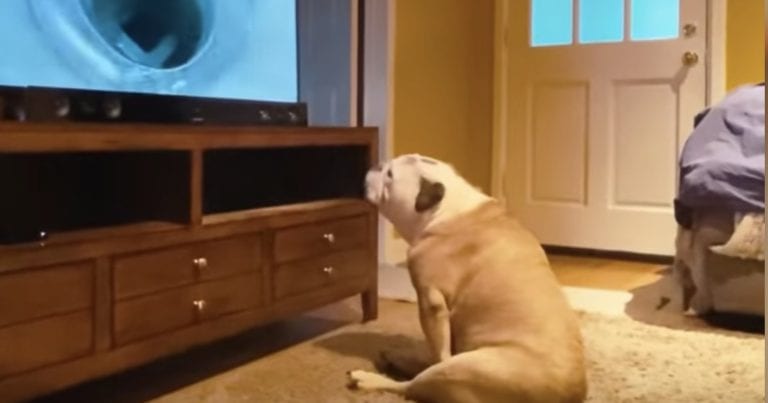 Now that the lady has stopped screaming, Khaleesi doesn’t appear to be overly upset. It’s time to sit and watch the rest of the movie. 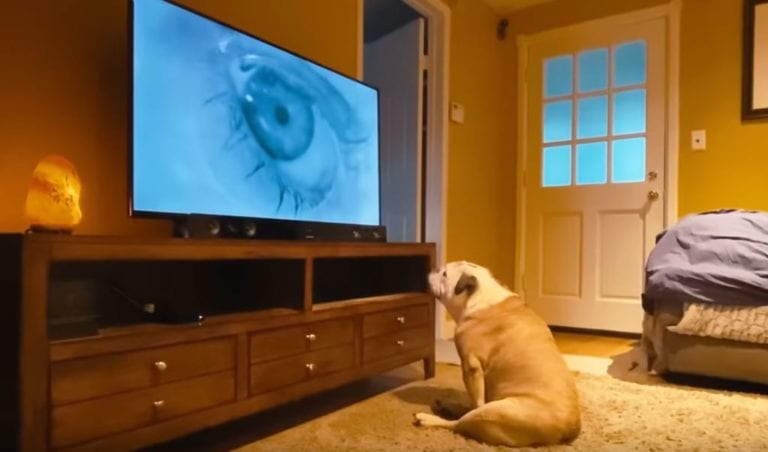 This is one of those video clips that was destined to go viral. When you see it in the video below, you will fall in love with this bulldog, like thousands of other people online.