Dogs are loyal companions that would never leave our side, so why do people think it is ok to abandon their dogs?

A dog grooming shop in Massachusetts, Secret Garden Pet Resort in East Bridgewater, had their security camera rolling when a woman decided to drop off her sick English bulldog. The woman gave the name ‘Melanie Wichester’ when she dropped of her dog named ‘William Katz’. Upon closer examination, the bulldog was covered in sores and had a severe ear infection.

The woman, wearing a t-shirt, eye-patch over right eye, and red hair in a ponytail never returned to pick up the dog. That is when the shop contacted The Massachusetts Society for the Prevention of Cruelty to Animals (MSPCA). The team, along with the police, are searching for the woman captured on video abandoning her dog. 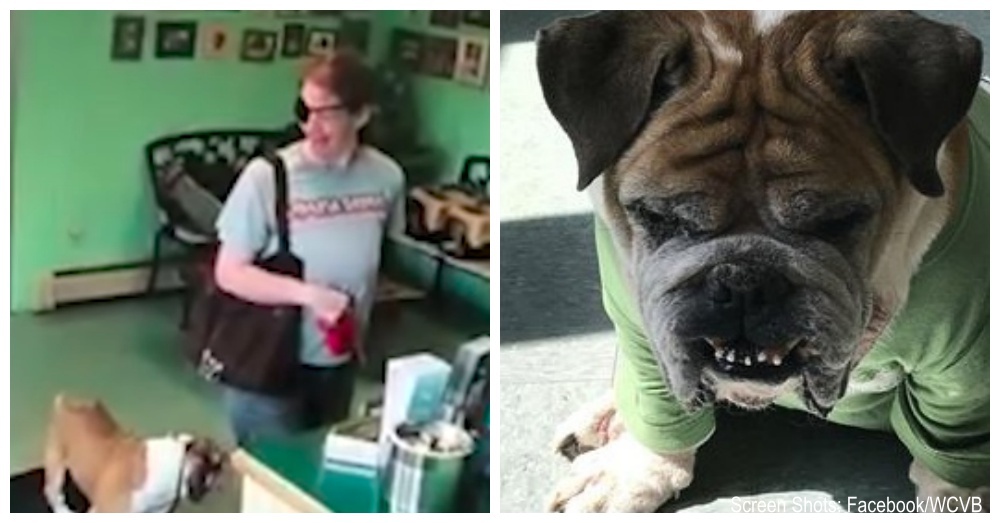 After reviewing the security footage, the woman appears to look around as she approaches the counter with her dog on a leash. The middle-aged woman gave a fake name according to police, but they are on the lookout for her.

A vet examined the dog and said he was an older English bulldog with pressure sores and a terrible ear infection that needed surgery. The sweet dog is still at Secret Garden Pet Resort, who offers dog boarding, but will be brought to Long Island Bulldog Rescue to receive treatment and to find a new home. 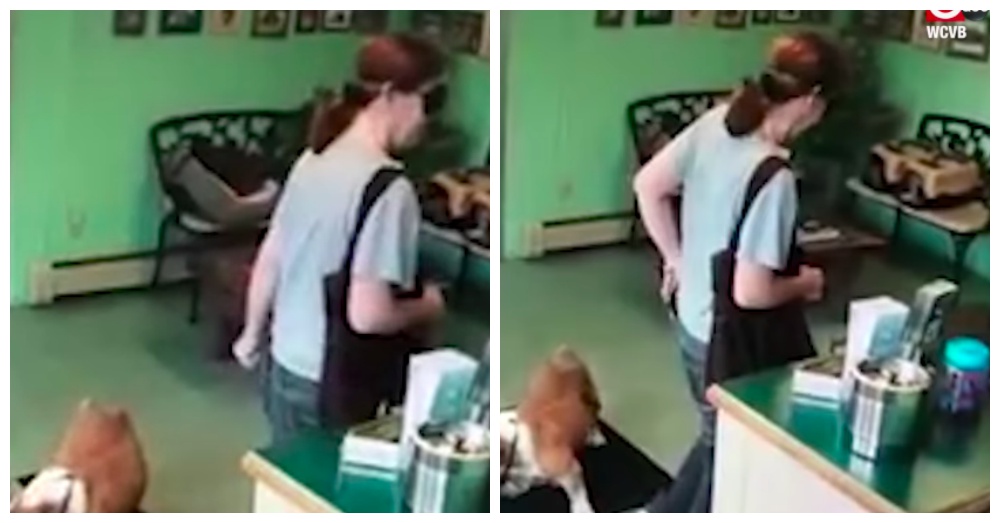 MSPCA posted,”The woman is described as Caucasian with long red hair pulled back in a ponytail. She is believed to be in her mid-forties and about 5’6” in height. She was wearing a gray t-shirt with blue jeans and had an eye patch covering her right eye. If you have any information that may help us find her please call the MSPCA Law Enforcement tip line at 800-628-5808.”

Watch the security footage of the woman below.