Being the neighborhood busybody came with its perks for one adorable 4-year-old English Bulldog. Well, the perks were more for the neighbors than the actual dog. In Denmark, Bogart is a dog who had the habit of constantly sticking his head through the hole in the fence – nothing out of the ordinary for a curious dog.

However, Bogart’s owner, Ranveig Bjørklid Levinsen, then got the brilliant idea to paint a comical bit of art on the garden fence – something quite resemblant of the photo stand-ins found at carnivals. Levinsen painted a court jester around one of the holes, and a king figure around the other one. 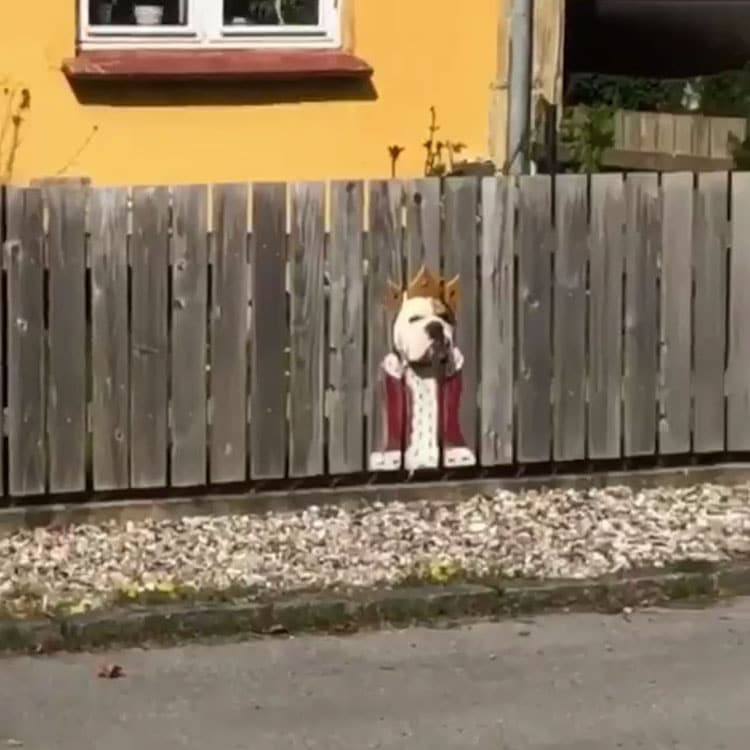 The resulting caricatures provided the neighborhood with plenty of laughs and pictures as the dog unwittingly continued to stick his head through the holes – completely unaware of the comedy he was creating as a result.

Bogart wasn’t the only pup providing the world with laughs as his canine mom also would peer through the holes, making a hilarious duo. The fence art proved to be so entertaining, that it went viral. 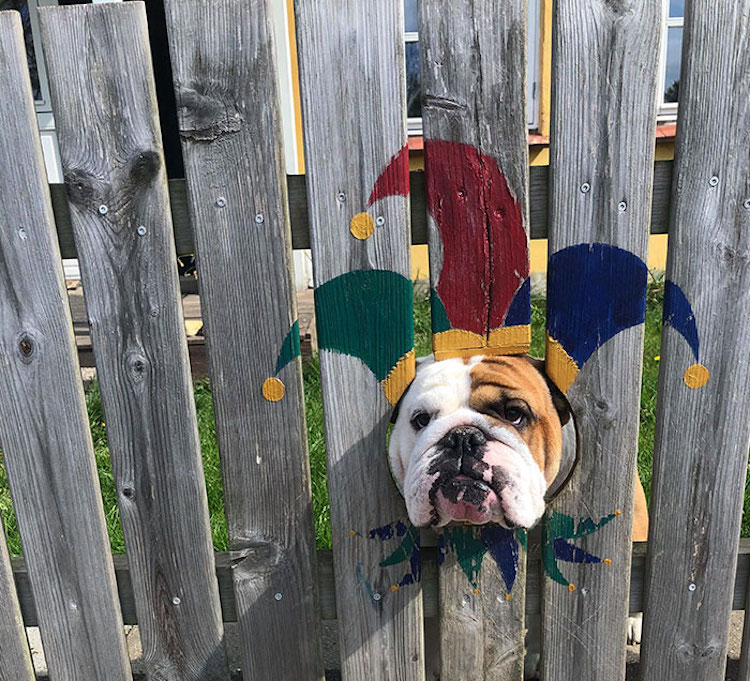 After gaining thousands of shares, Levinsen shared just how stunned she was, given the amount of attention that Bogart was gaining online.

On Facebook she wrote, “Bogart has gone viral in Denmark—he has also got on one of Denmark’s biggest influencers’ Instagram profile, and now I can see that he’s [on] a Norwegian dog group too.” 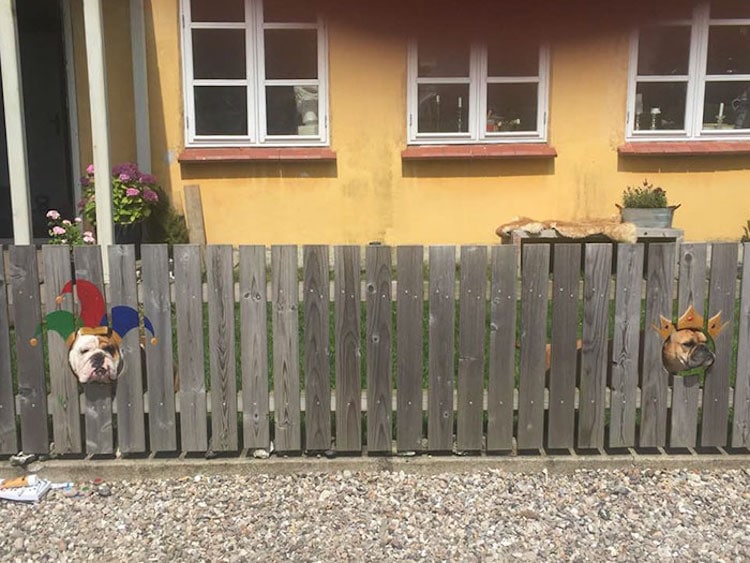 In fact, it wasn’t just Levinsen who was surprised by the attention. In fact, Bogart was also quite taken by the attention. Levinsen shared with My Modern Met, “Bogart is a sweet, very loving and happy little English bulldog. He loves to play, and he loves it when we are having people over—the more attention, the better, and he can be very insisting. He is the most stubborn dog I’ve ever had—if there is something he doesn’t want to do, he will not do it.”

You can watch the hilarious video of Bogart below: