Puppy With Deformed Legs Was Starving In A River Bed, Until A Woman Helped Him Back To His Feet

Buggy was found cowering in a dry river bed in California with no food or water. A man walking his dog noticed him and brought the puppy to animal control. He told them that this dog was definitely dumped there on purpose. The puppy was having problems breathing and had two deformed legs, making his ability to walk extremely difficult. 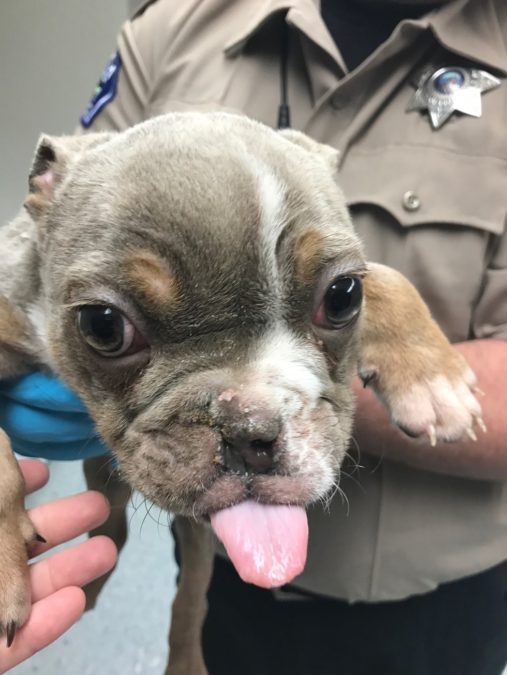 They immediately reached out to rescue groups in the area to see if anyone could take the pup and foster him back to recovery. That’s when Leslie Bird, founder and director of the NorCal Bully Breed Rescue, immediately reached out to help. “Here was this little guy in front of us,” Bird told the Dodo. “He had the will to live and, at the time, we had the funds available to help him.” Bird took him to her local vet, where they determined that Buggy was about 4 months old, but was severely underweight and also had a broken nostril….. 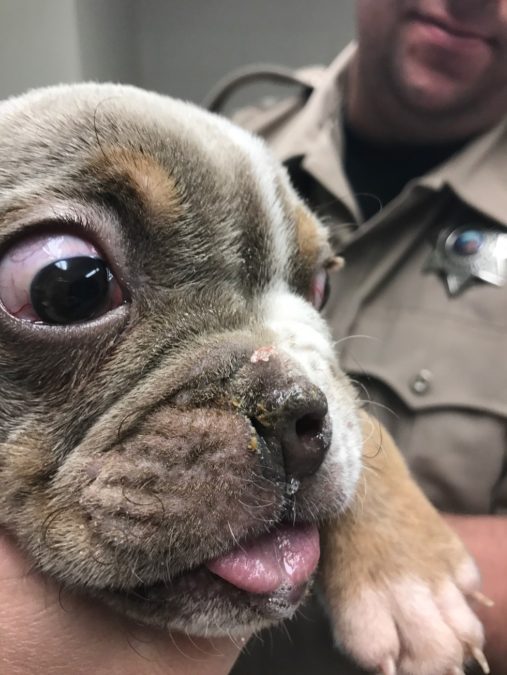