This 9/11 Budweiser Commercial Only Aired Once, But Will Always Be An Iconic Tribute To Our Nation

The Budweiser Clydesdales are an iconic symbol of American culture. It’s one of those things that you can always identify with, whether you like the Budweiser brand or not. The commercials that they put out are always classy, well put together, and are a reminder of what the term “American” really means.

The ad in the video below gives me chills every single time I watch it. It was created as a symbol of hope for the American people. This was only aired ONE TIME, during Super Bowl XXXVI in 2002, and it didn’t resurface again until 2008 when posted on YouTube. 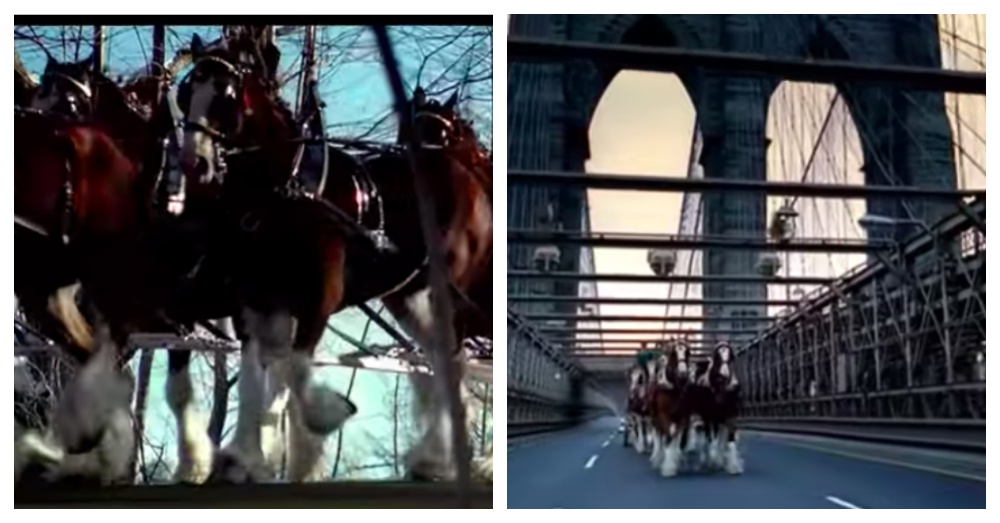 The ad shows the Clydesdales passing the Statue of Liberty, crossing the Brooklyn Bridge, and finally pausing and bowing in a park overlooking the New York City skyline, without the twin World Trade Center Towers, which were destroyed in a terrorist attack on September 11, 2001. 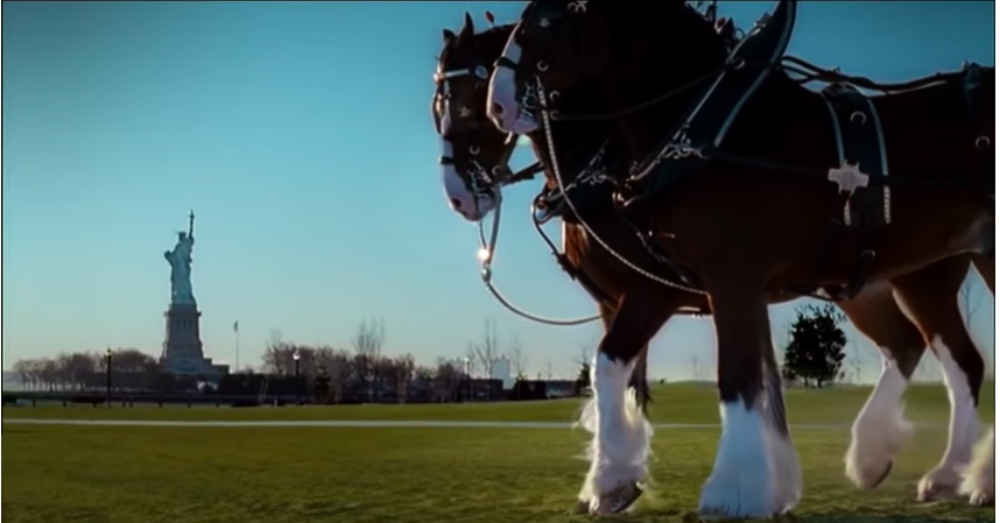 Instant goosebumps! Whether you have already seen it or not, watch it for yourself. Enjoy it, and remember what it means to be an American. It is truly an honor! We fight together, we live together, we stand together.

On September 11, 2011, Budweiser remastered and created a new commercial using the same creative as the original. This newly remastered ad had a new message: “We’ll Never Forget”. 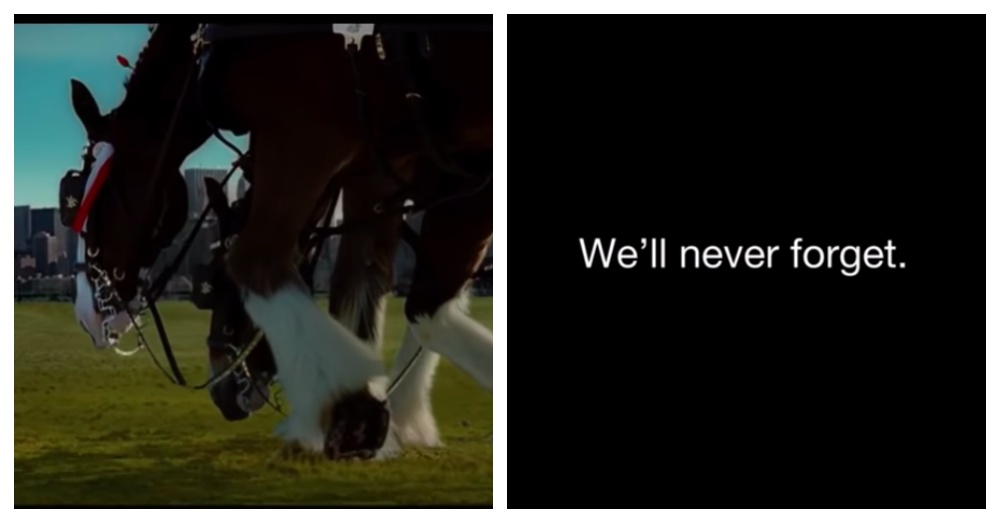 On September 11th, 2011, Budweiser felt that it was the right time to recreate and pay homage to this iconic commercial. 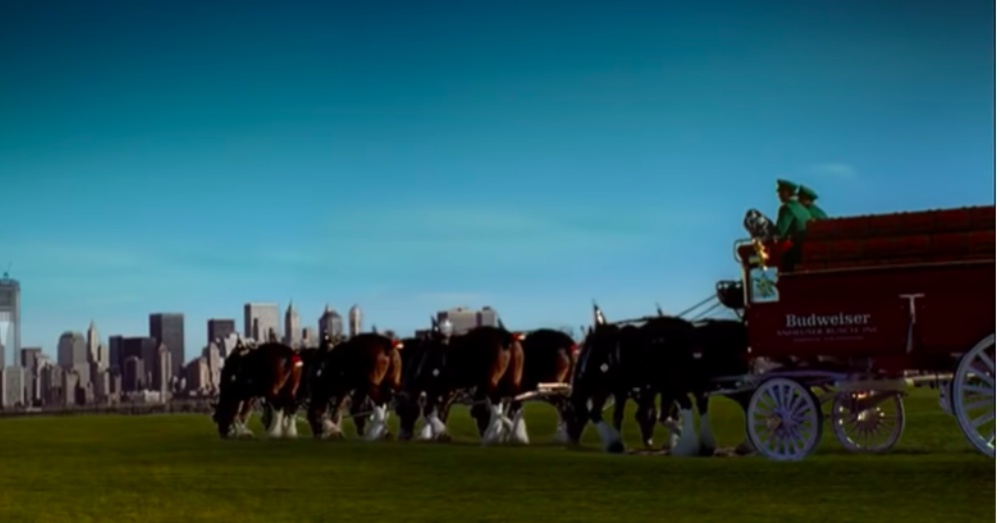 “We feel our 9/11 Clydesdales tribute ad is very special,” Paul Chibe, VP-marketing at Anheuser-Busch, said in a statement. “We were proud to re-air the spot on Sunday, the 10th anniversary, as a way to help raise awareness of the fundraising campaign for the National September 11 Memorial & Museum. The subtle changes in the ad were intended to reflect the passing of time, and the most important point, that we should never forget those lost and affected by 9/11.”

See the beautiful recreation below: