Buddy, a yellow Labrador, was out for a walk with two of his owners along the edge of train tracks in Greenbrier, Tennessee.

All of a sudden, the train came fast and unexpectedly, and poor Buddy was hit from behind as he was trying to outrun the train. He then laid down between the tracks as the train went over him. 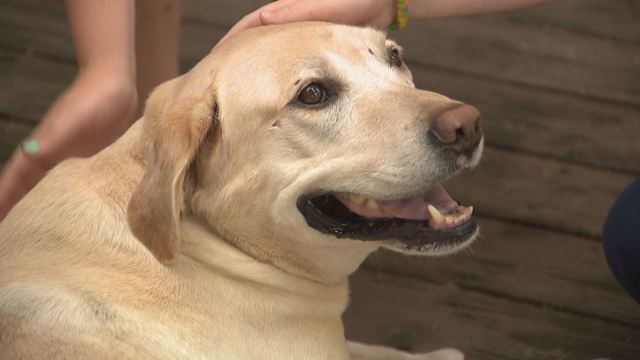 Jada Borum, the mother of the teenage girls who were walking buddy, heard the train’s horn from a distance and feared that one of her daughters were hurt. She rushed to the scene to realize that it wasn’t her daughters who were hurt, but her beloved dog.

The teenagers cried out to their mom, telling her that he was dead on the tracks.

But he was far from it. Buddy was extremely lucky and miraculously survived. He suffered severe injuries including large gashes on his face, and the loss of his tail, but he’s expected to recover. 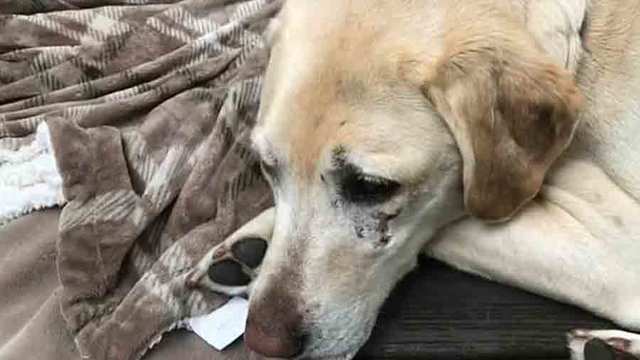 His owners are so thankful that he’s alive. They’re also shocked that he even survived this scary accident. 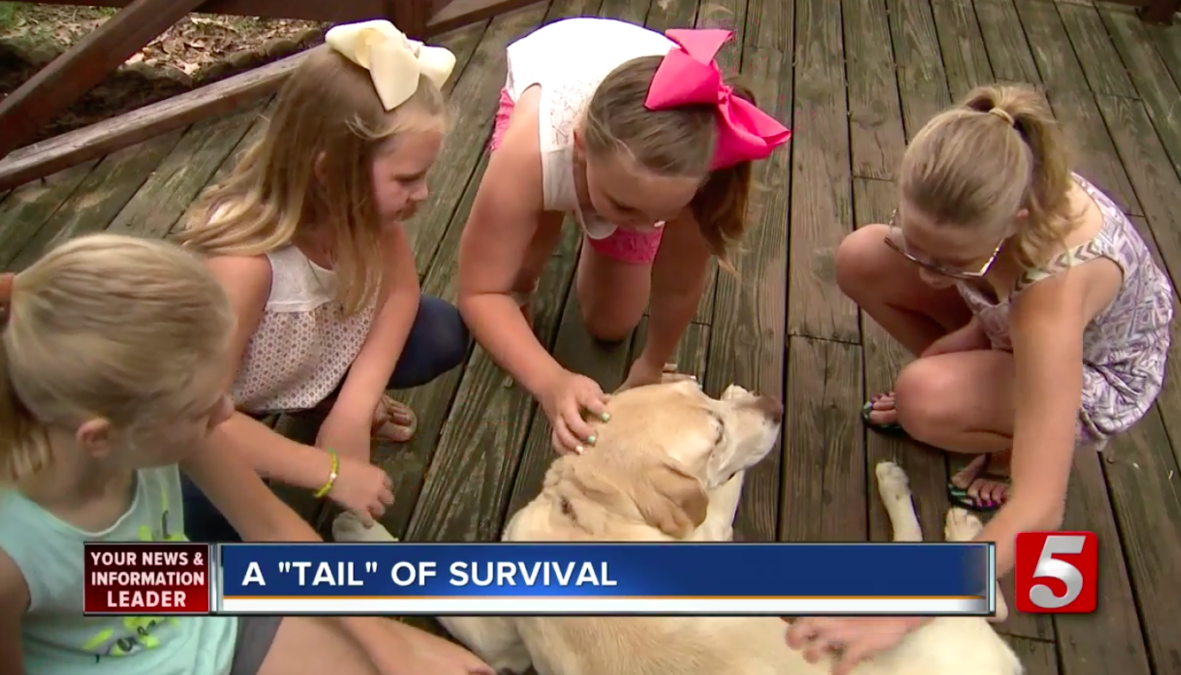 This ending could have obviously been a horrible one, but luckily Buddy is doing much better and is back home with his family. They are now showering him with love and taking great care of him.

Buddy was given to Borum by her dad before he passed away last year, so Buddy is extremely special to them. 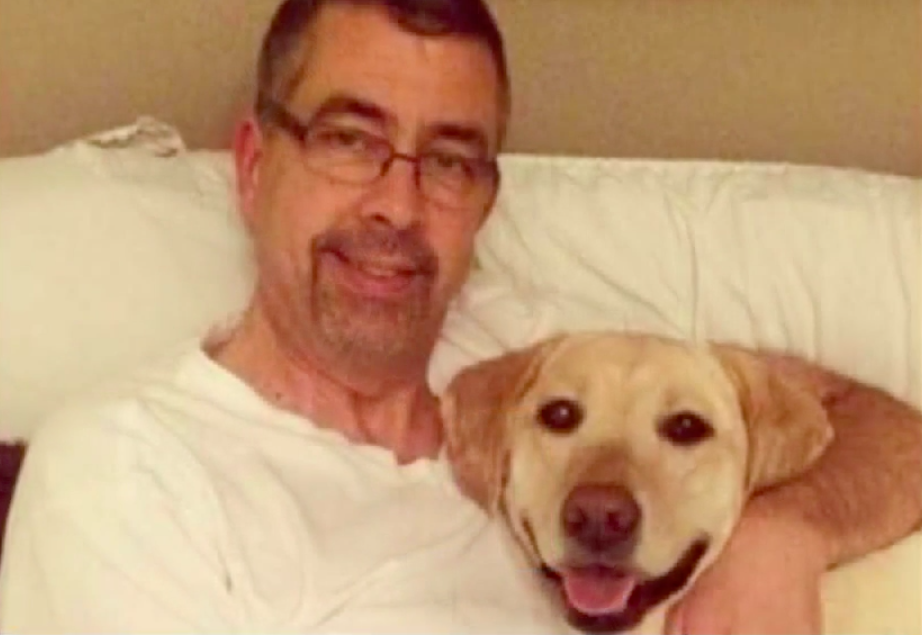 “I’m pretty sure my dad was watching over him,” Borum told News Channel 5.

You never hear too many happy endings with stories of people or animals who have gotten hit by trains, but thankfully Buddy’s outcome was a miracle!