How long can you hold your breath underwater?

If 16 minutes is more than you can handle, you’re probably just an average human. If it’s not, you’re probably Anolis aquatics. Also known as a water anole, this Costan Rican lizard can stay underwater long enough to evade predators that may be hunting for it on the surface.

At least, long enough to drive them into boredom.

According to Phys.org, Lindsey Swierk assistant research professor of biological sciences at Binghamton University, State University of New York, the lizard traps air in a bubble attached to its head, using that as an underwater respiration system. 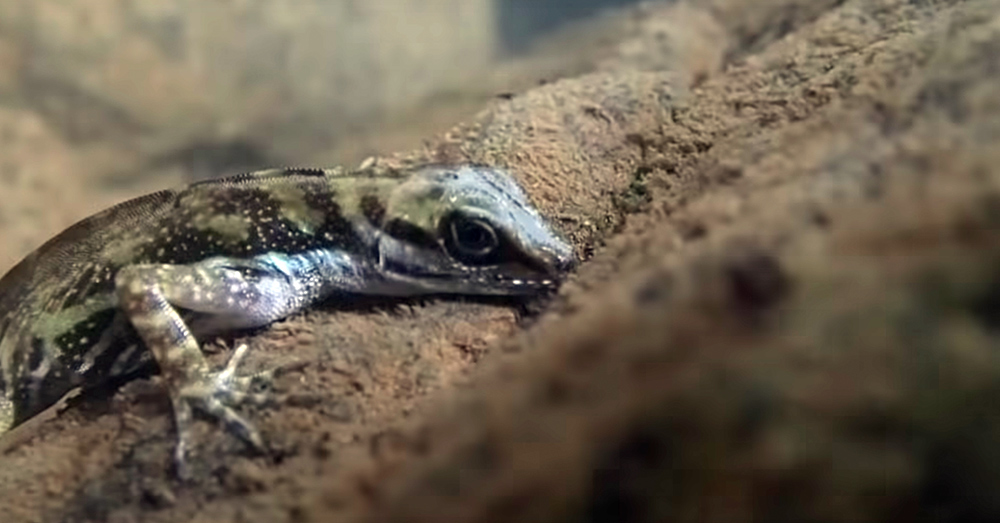 Source: YouTube/BinghamtonUniversity
This lizard was found in the mountain streams of Costa Rica.

“Diving under water and remaining there for a long time is an anti-predator strategy for water anoles,” said Swierk. “These lizards aren’t particularly speedy, and taking to the water is a very effective option. (Take it from a biologist who sometimes struggles to capture her study organism because they’re so good at diving.) It’s easy to ‘disappear’ to a predator’s eye once you hide under water for a few minutes.”

“I think that any underwater breathing adaptations in water anoles would have arisen to extend the amount of time they can stay in their underwater refuge.” 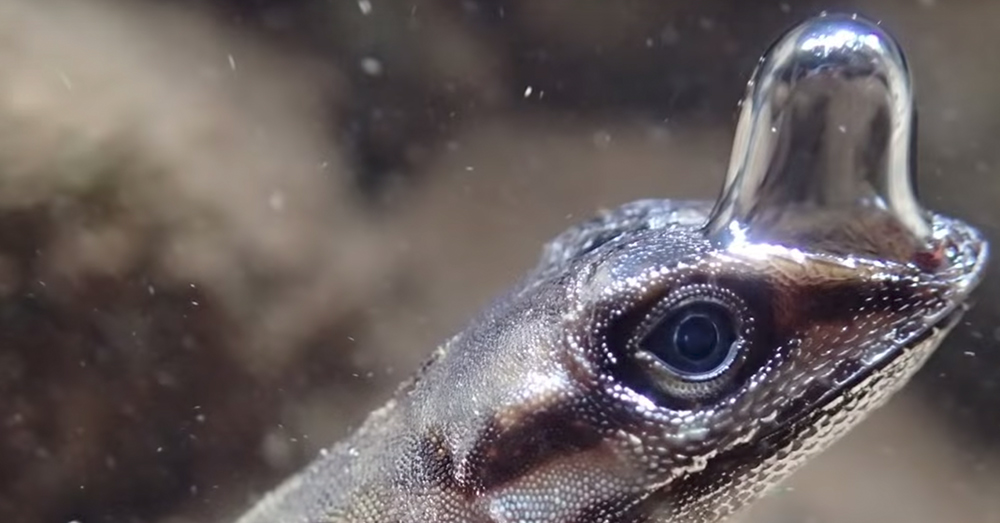 Source: YouTube/BinghamtonUniversity
The water anole can go underwater for 16 minutes at a time without coming up for air.

Swierk discovered the lizard’s unique breathing technique while visiting Costa Rica, investigating mountain streams. She noted that they not only dive underwater to escape predators, but also to find sources of food. To either end, this technique provides the water anole with an evolutionary advantage.

“Finding evidence suggesting that water anoles ‘breathe’ under water was serendipitous, and not part of my original research plan,” Swierk said. “I was impressed and pretty confused about the length of the dive, which gave me an itch to take a closer look with an underwater camera in the next couple of years. That’s when I saw that the anoles appeared to be rebreathing a bubble of air that covered their heads.” 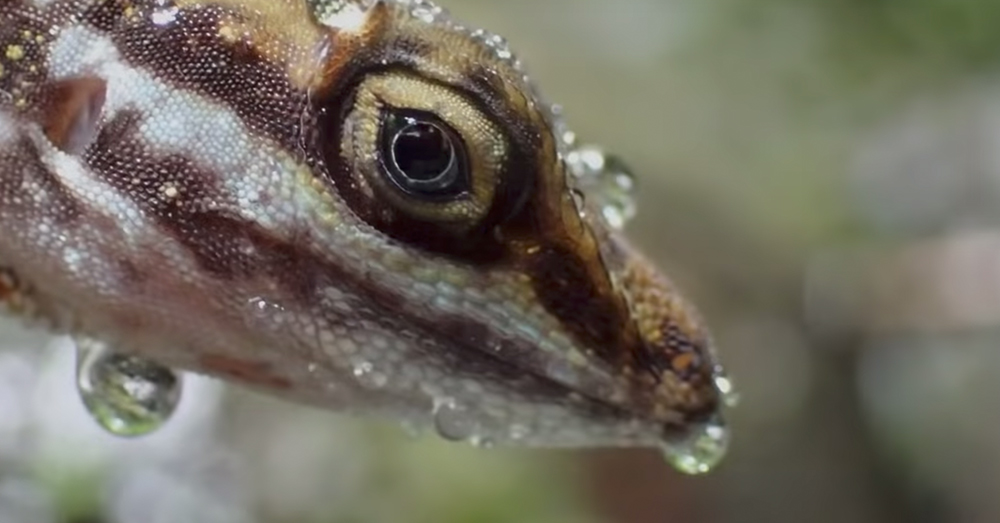 “I think it’s possible that some additional air pockets are being trapped around the anole’s head and throat, and that the inhalation and exhalation of the air bubble allow for some trading of fresh air among these air pockets, allowing the anole to swap air in its current air bubble with ‘new’ air,” Swierk continued. “It’s additionally possible that the air bubble plays a role in allowing an anole to get rid of carbon dioxide. I suspect that there might be morphological adaptations, namely the shape of the top of the anole’s head, which allows a large bubble of air to cling to it easily.” 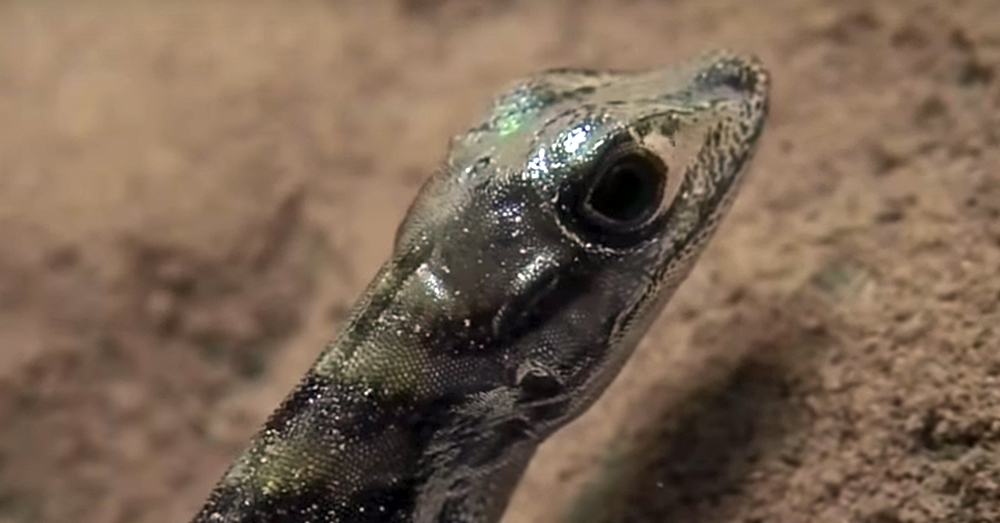 There is yet much more to learn about this unique reptile, as the true function of the bubble is still unknown. Swierk’s investigation, supported by a grant from the National Science Foundation, and published in Herpetological Review, may soon uncover the truth.

“If future investigation reveals that this rebreathing behavior is adaptive, then I would imagine that it is a trait that evolved over time to allow water anoles, and perhaps similar anole species, to thrive in their aquatic habitats,” Swierk said.