Firefighter Falls In Love With Stranded Puppy He Rescued, So He Adopts Him

Fate has a funny way of putting people and animals in our path when they need us most and vice versa.

Firefighters risk their lives for others and come to the rescue of people and animals in all sorts of situations, not just fires. Captain Bryant from North Charleston Fire Department received a call from two bike riders when they heard a puppy crying under a pile of rocks. 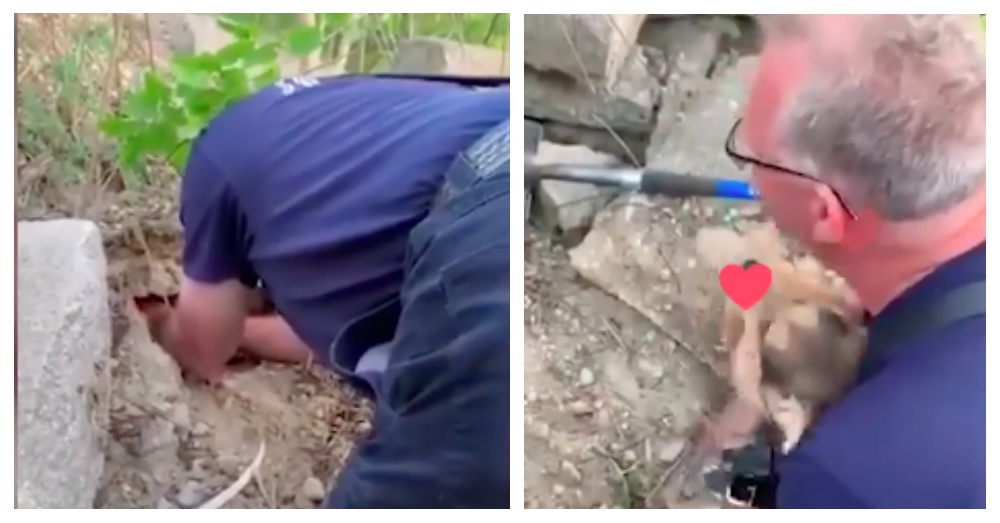 Little did he know that the phone call and rescue would lead to a new best friend.

Captain Bryant arrived at the scene and spoke softly to the scared puppy as he worked on rescuing him. He slowly removed the rocks until there was an opening for the puppy to escape. The nervous puppy hid underneath a large rock and took some coaxing to come out. 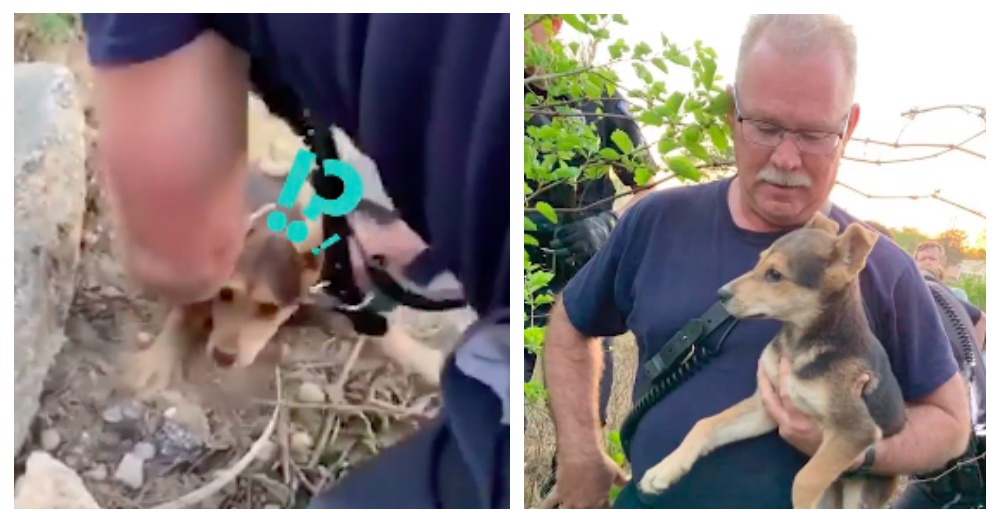 The puppy finally emerged and Captain Bryant scooped him up into his arms. The grateful pup showed his appreciation by covering the firefighter in kisses. It was love at first sight and the two instantly clicked. Who can resist an adorable puppy that loves to give kisses?! 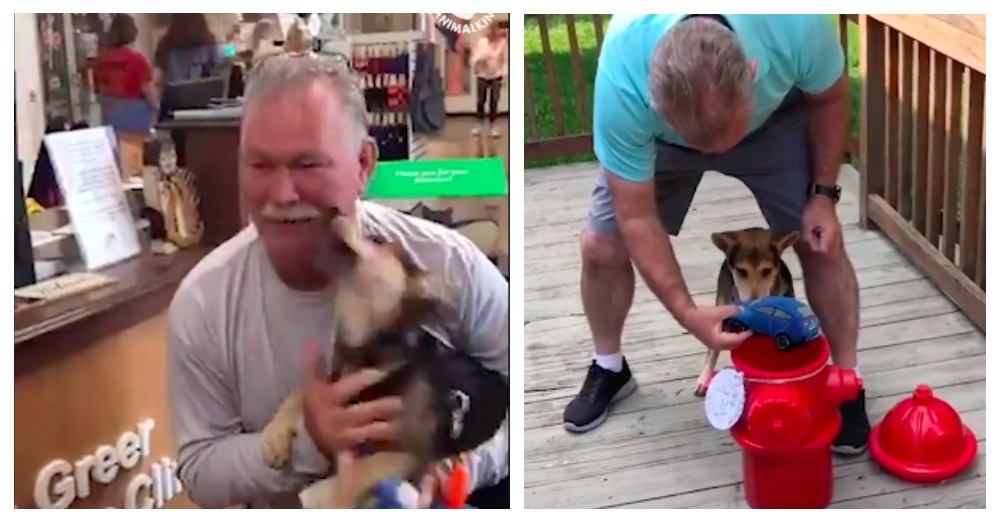 The puppy appeared uninjured but was brought to a local shelter for an examination. He spent 5 days at the shelter and when no one came forward to claim the friendly boy, Captain Bryant arrived to adopt him. He named him Rocky and was looking forward to showing him the love he deserved.

He exclaimed on the day he adopted Rocky, “He’s my dog and he’s coming home with me.” The adorable puppy will be spoiled by his new dad. It was meant to be for Captain Bryant to respond to the call and meet Rocky. 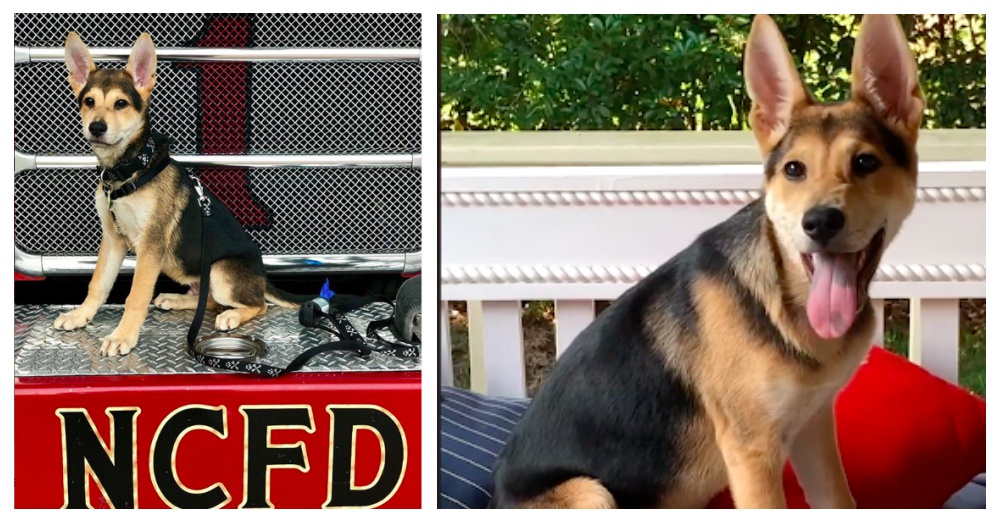 Rocky visits the fire station often and is a welcomed mascot. Captain Bryant saved Rocky from rubble and then again by giving him a forever home – making him a hero and a dad. You can follow the pair as their journey progresses on their Instagram page.

Watch the magical moment the two met and instantly fell in love in the video below. Don’t forget to share and remember to adopt not shop!