Bruno, an overweight gray cat with a larger than life personality, went from waiting for a forever home to being in high demand with tons of applications.

Things turned around for this unique cat when his story was posted on Facebook. His adorable face with his crazy antics caught the attention of potential adopters around the country. When he arrived at Wright-Way Rescue he weighed a whopping 25-pounds. 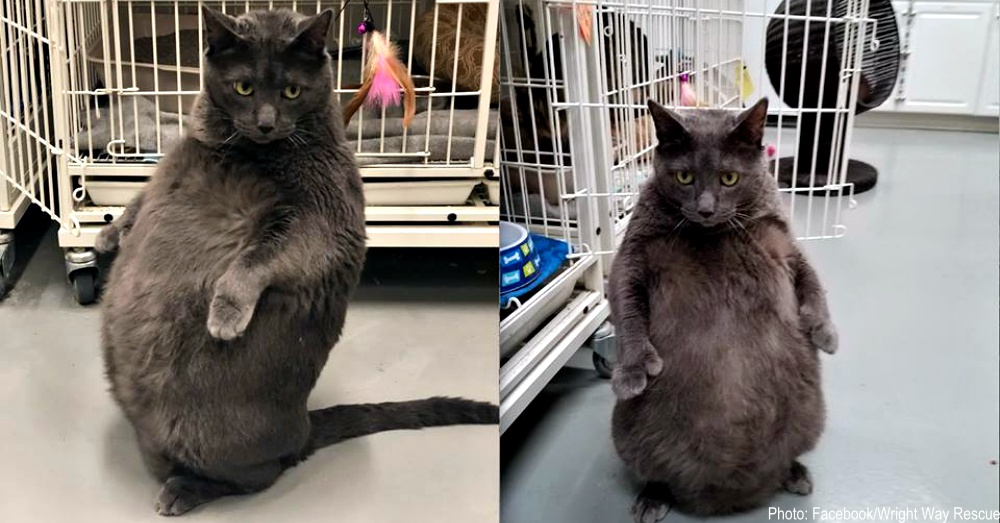 He won the hearts of the staff by standing on his hind legs, despite his size. The staff labeled him as “extra” and were baffled why no one had adopted this unique cat. He went to live in a foster home, where more of his personality shined through.

“I like to talk to you….a LOT. Be prepared for a chatty kitty! I have a couple quirky traits too….For one, I like to stand on my hind legs! Second, I love to be pet while I eat. It took my foster mom a little time to realize what I was meowing about, since she had just put food in my bowl. Soon she found out it’s because I want pets while I eats!” The long post detailing all his high maintenance requests continued with, ” I never drink the water in the kitchen where my food is. I only drink the water that was put in a completely different room. If you have a larger house, perhaps put multiple bowls of water around for me.” 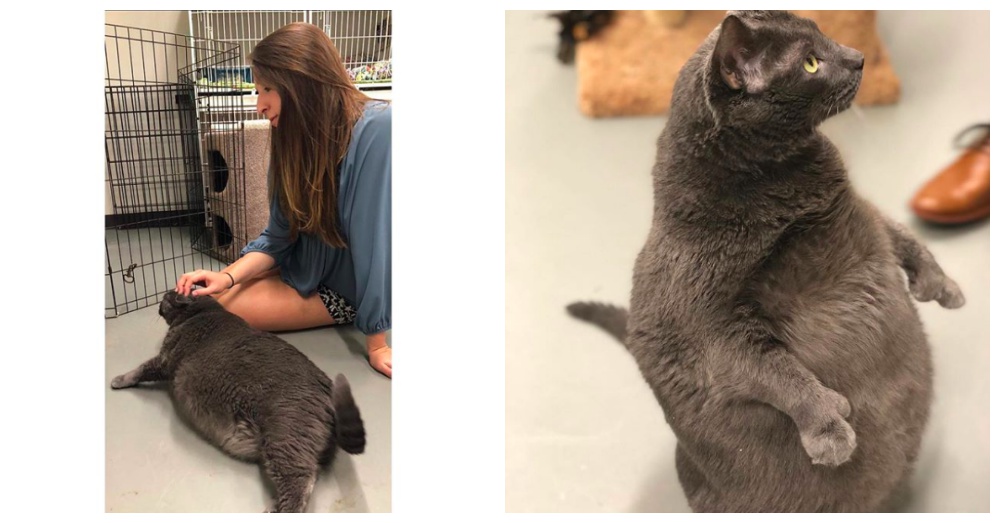 Lauren Paris came across the post describing Bruno and she instantly knew he was the perfect cat for her. “My boyfriend and I were already in the market for rescuing a cat, and when I saw Bruno’s pictures, I just knew. I felt SO driven to adopt him! The post mentioned that Bruno was extra. I was in luck, because so am I,” Paris told The Dodo.

Paris started on the application and knew she would have to do something “extra” to capture the attention of the shelter, to prove she was the perfect match for 7-year-old Bruno. Suddenly she had the best idea on how to stand out from the crowd.

A friend of Paris, Kathleen Gibson, wrote a song named, “Gimme That Fat Cat”, which she recorded herself singing and sent in with her application.

My Mom wrote a song about me to make sure she caught the attention of @wrightwayrescue – how extra is that? Don’t worry, she also sent in letters of intent and recommendation, videos of her, my Dad, and my new house, all in addition to the official application. They wanted me for all the right reasons! I met them on Saturday and they showered me and my friends with gifts – that better continue once I get home tomorrow! 😘

It worked! She was selected as one of the few that got to come and meet Bruno. Her boyfriend and her instantly fell in love with him. They visited on a Friday and would have to wait until the following week to know if they were selected as the adopters. 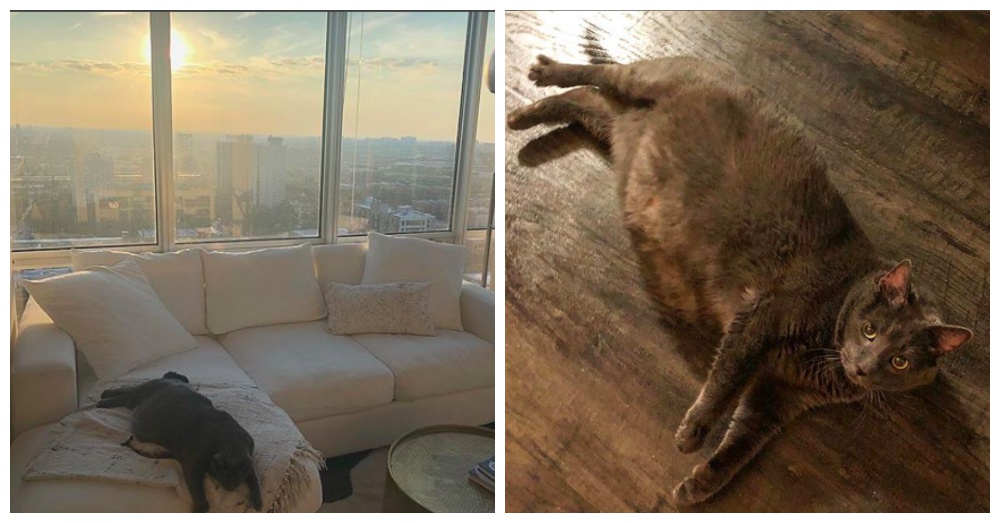 Monday morning rolled around and Paris received a call at work. “I squealed and jumped up and down for about five minutes before laugh/crying for another 55,” Paris said. “And then I called everyone I know.”

When we called to tell my mom it official. After Lynn chatted deets, I took over. “Mom here’s what I need: bowls, pets, luxury bedding, filtered water options-“

Bruno is now in his new home and loving it. He settled in immediately and still requires petting while he eats. Paris and her boyfriend are thrilled to have him and started him on a diet to lose some of those extra pounds. He has his own Instagram page that you can follow his progress.

Meet This Curious Cat Who Loves To Snuggle Peaches!: Click “Next” below!