A pit bull named Bruce was labeled “dog aggressive,” while he was at the shelter. It’s hard enough for pit bulls in shelters to find forever homes, especially ones that are said to be “aggressive.”

But it turns out that Bruce is anything but aggressive. When Alex Knappenberger laid his eyes on Bruce, he didn’t not believe that he was aggressive one bit. He was told that Bruce wouldn’t get along with other dogs either, but Alex decided to give him a chance. 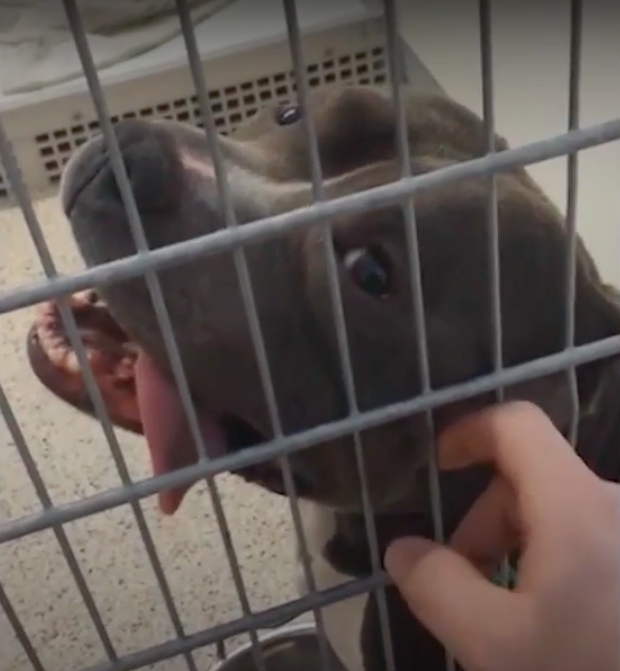 He took him for a walk around the shelter and studied his behavior as they walked past the other dogs. Bruce wasn’t bothered by them at all and wasn’t even affected by them. Alex decided to adopt Bruce and give him a forever home. 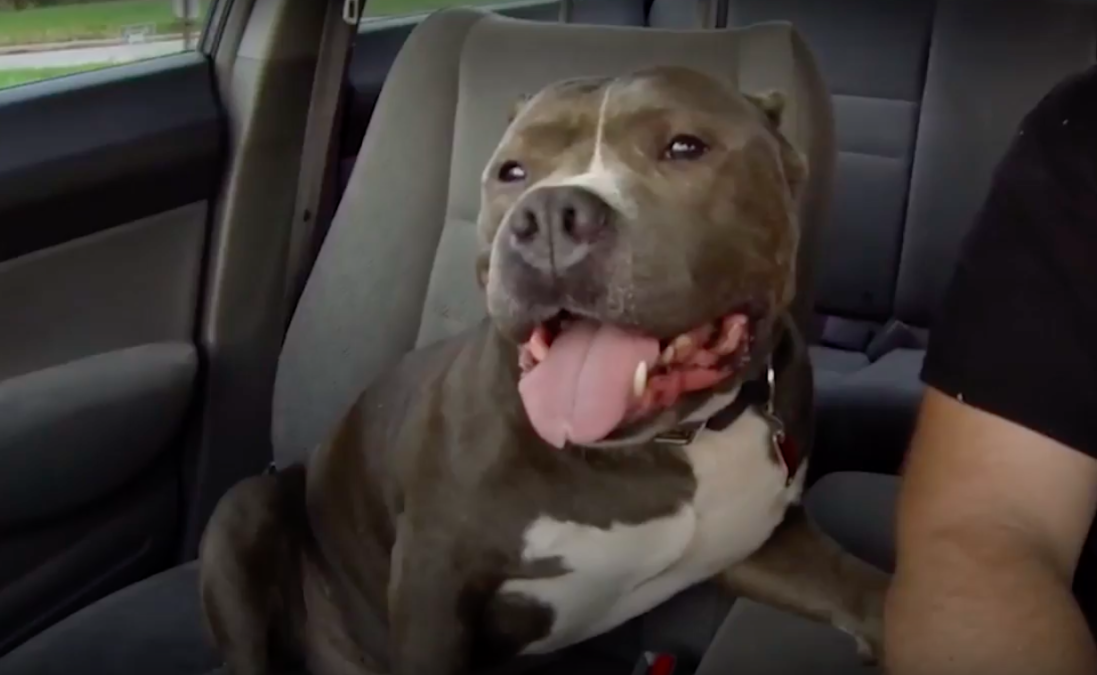 At his new home, he also had two new pit bull siblings, who he fell in love with! Not only is Bruce not aggressive, but he also loves other dogs! He loves to run around and play with them and even cuddles and takes naps with them. 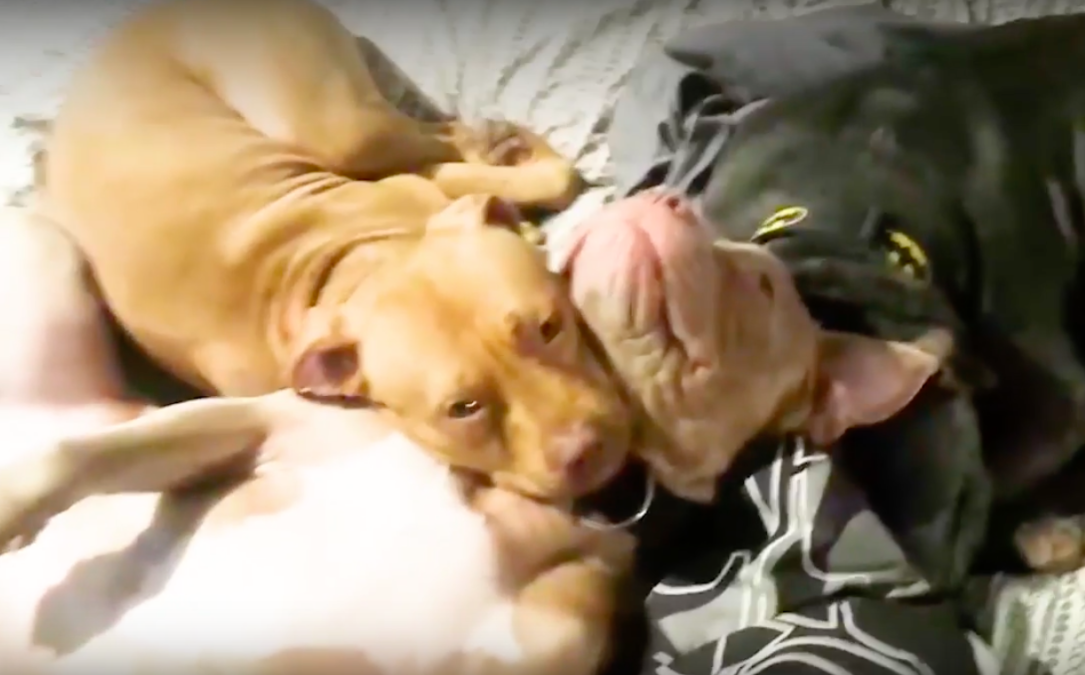 He loves puppies and allows his doggy siblings to walk all over him, literally. He doesn’t show any signs of aggression whatsoever! 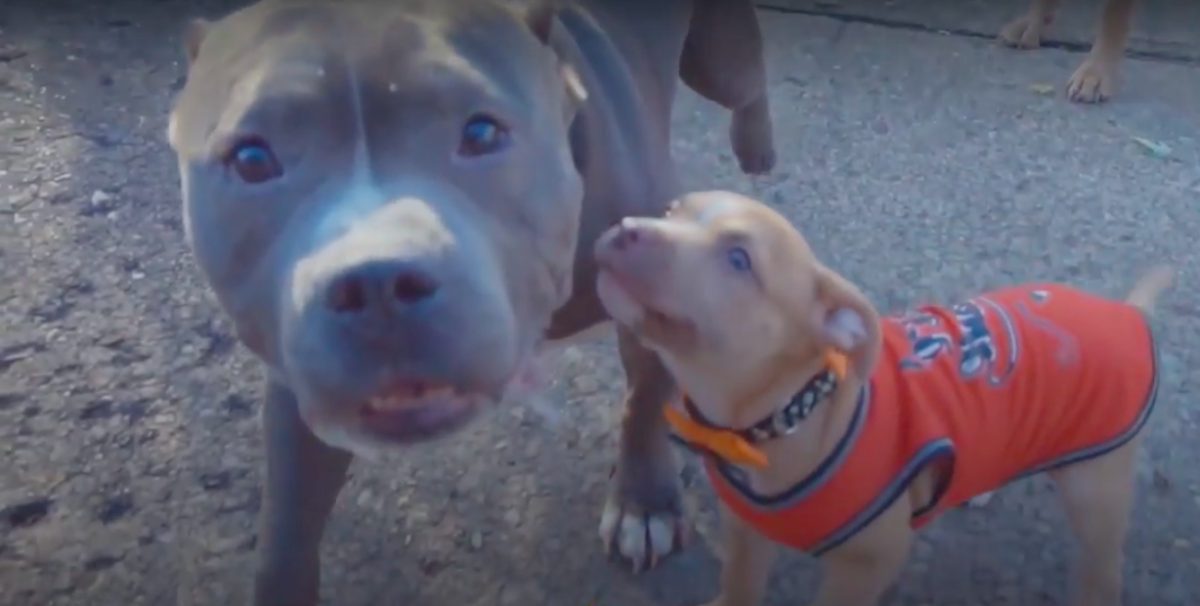 Aside from loving other dogs, he also loves kids! He’s such a friendly and sweet dog and is always wagging his tail. He loves going for car rides and is such a big mush. But he also has a very timid side to him. He’s scared of thunderstorms and hides under a blanket while his human comforts him. He’s such a gentle giant! 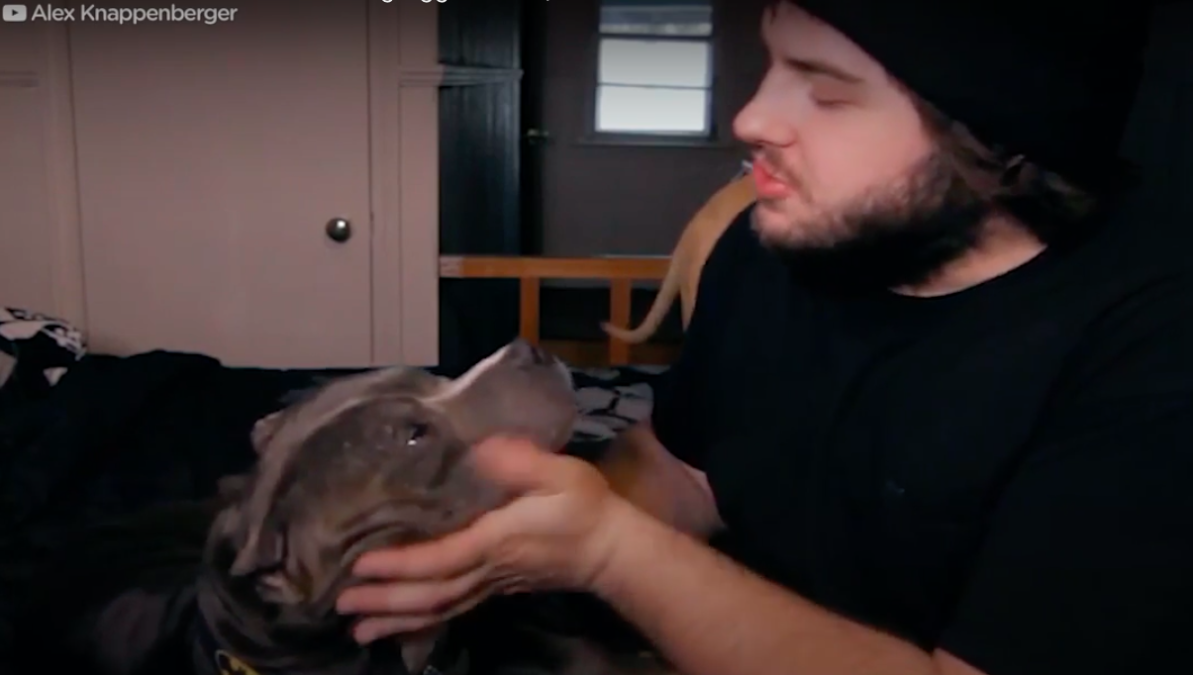 All thanks to Alex for taking a chance on him, Bruce will live a long and happy life, feeling the love he’s always deserved!