A juvenile brown pelican was blown off course by a storm and ended up in Connecticut in desperate need of help.

On January 27, an unusual bird was spotted by a CT Audubon Society member who contacted the state’s conservation officers. The brown pelican spotted on the icy Connecticut River was rescued and brought to a local rehab clinic, A Place Called Hope.

Pelicans are never seen this far north and are not built to withstand the freezing temperatures and snow. These large birds reside along the southeastern coast of the United States, so this pelican was far from home. 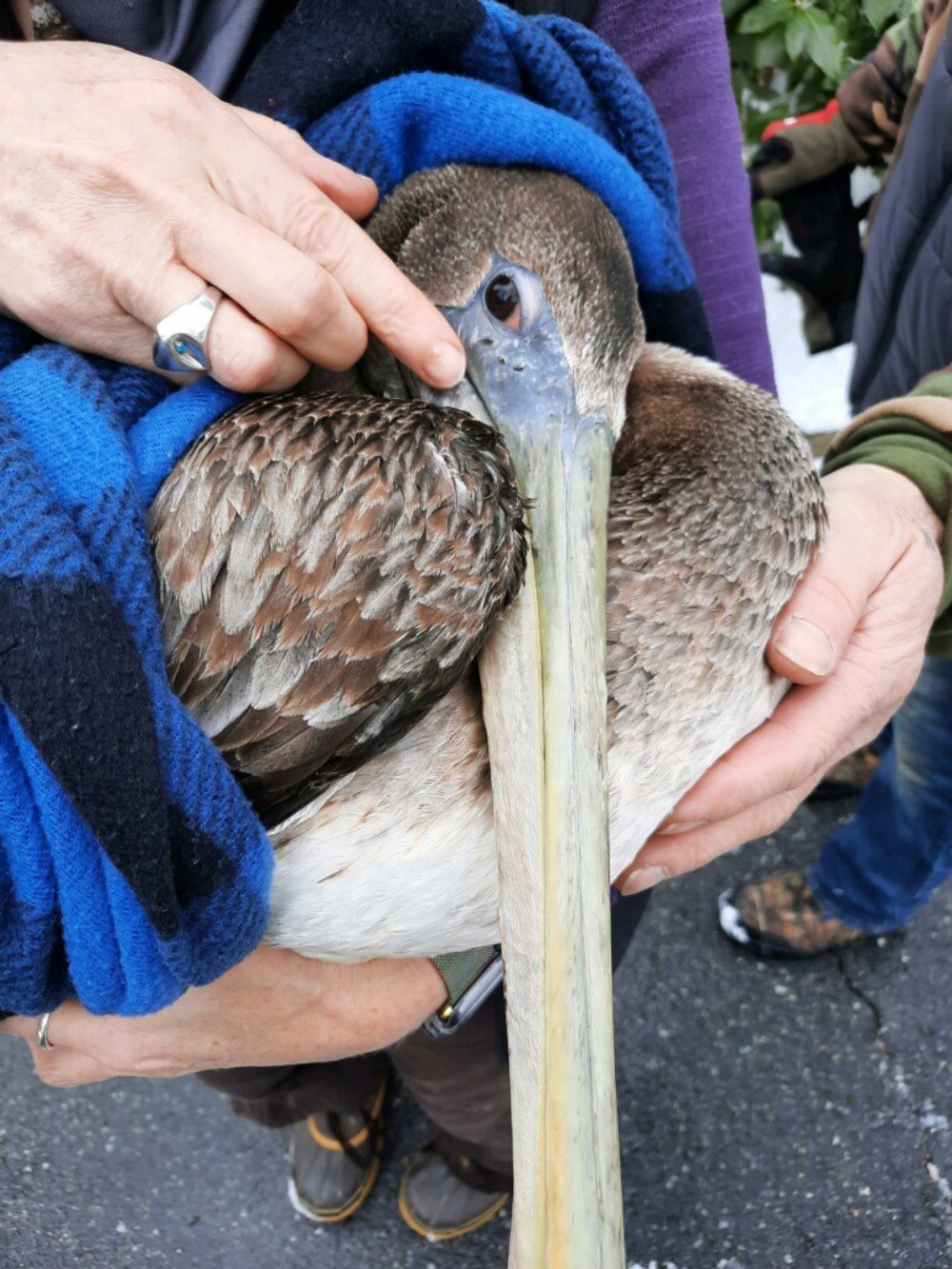 The rescued pelican was lethargic and suffering from hypothermia, frostbite, and possible pneumonia. “The bird could not even lift its own head yet alone stand or thermo-regulate,” said the rehab center.

The team provided round-the-clock care and made sure he had all the fresh fish he could eat. 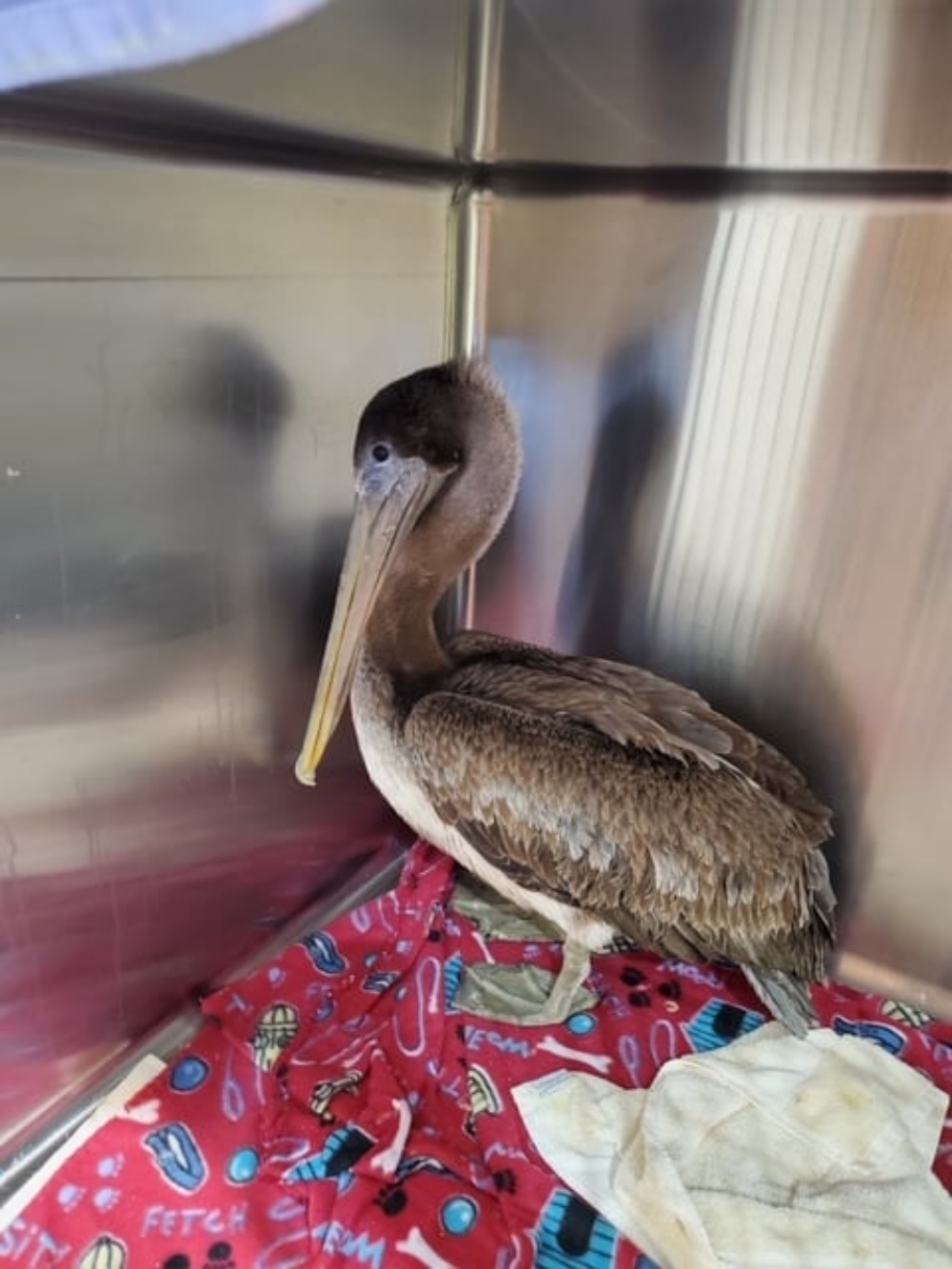 After examining him, they found some minor wing bruising and signs of frostbite. “Since the pelican is not a typical visitor to Connecticut, frostbite has become a concern since we have seen a few spots which may be frostbite lesions.” The team treated him with cold laser therapy and connected with a rehab facility in Jupiter, Florida, Busch Wildlife Sanctuary, who agreed to take him.

The rehab center received an outpouring of support and donations to help fly the pelican home. Arianna and Laurie Strand, a mother and daughter pilot team, stepped up to fly the pelican to the sanctuary in Florida for continued care. The pilots named him Arvy after their aircraft. 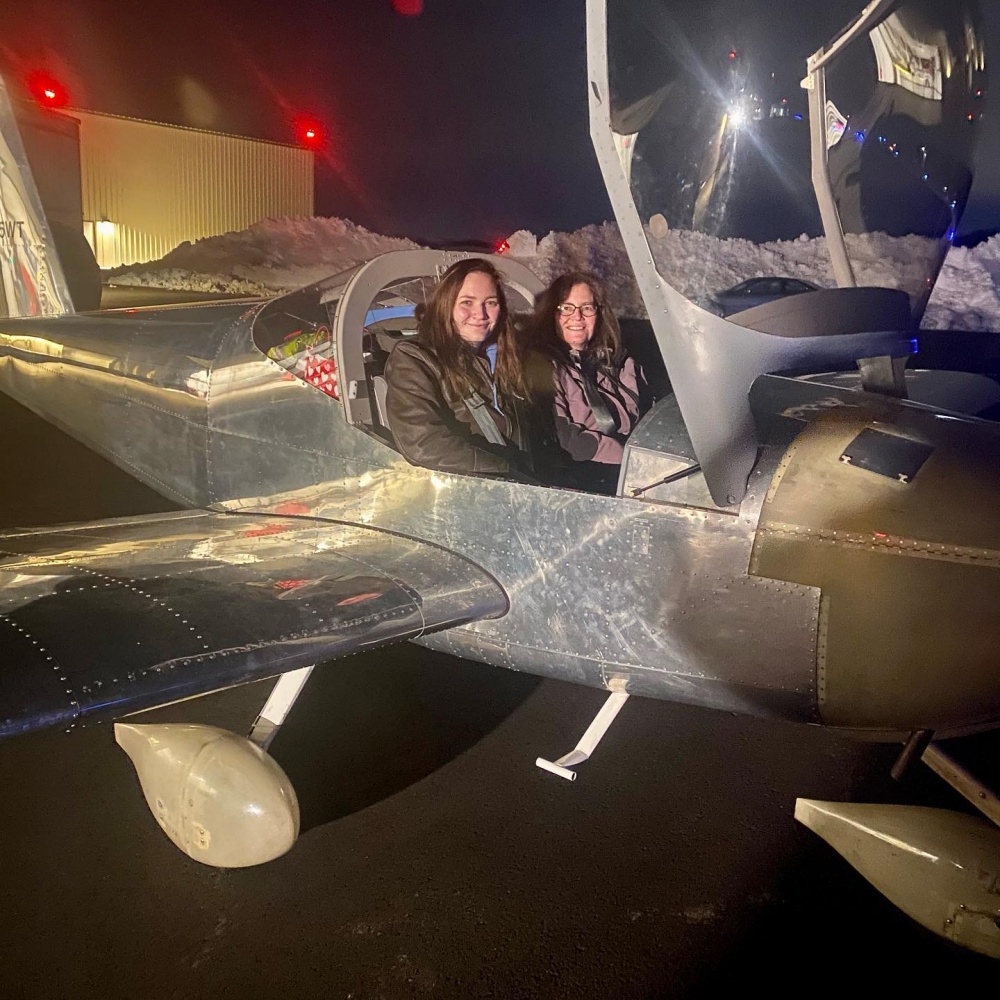 Arvy arrived at the Florida sanctuary and was immediately taken in by the hospital director, Stephanie Franczak. “He is set up in her bathtub so he has room to stretch and flap those wings!! She will continue with his critical care and feels very positive about his prognosis!!” 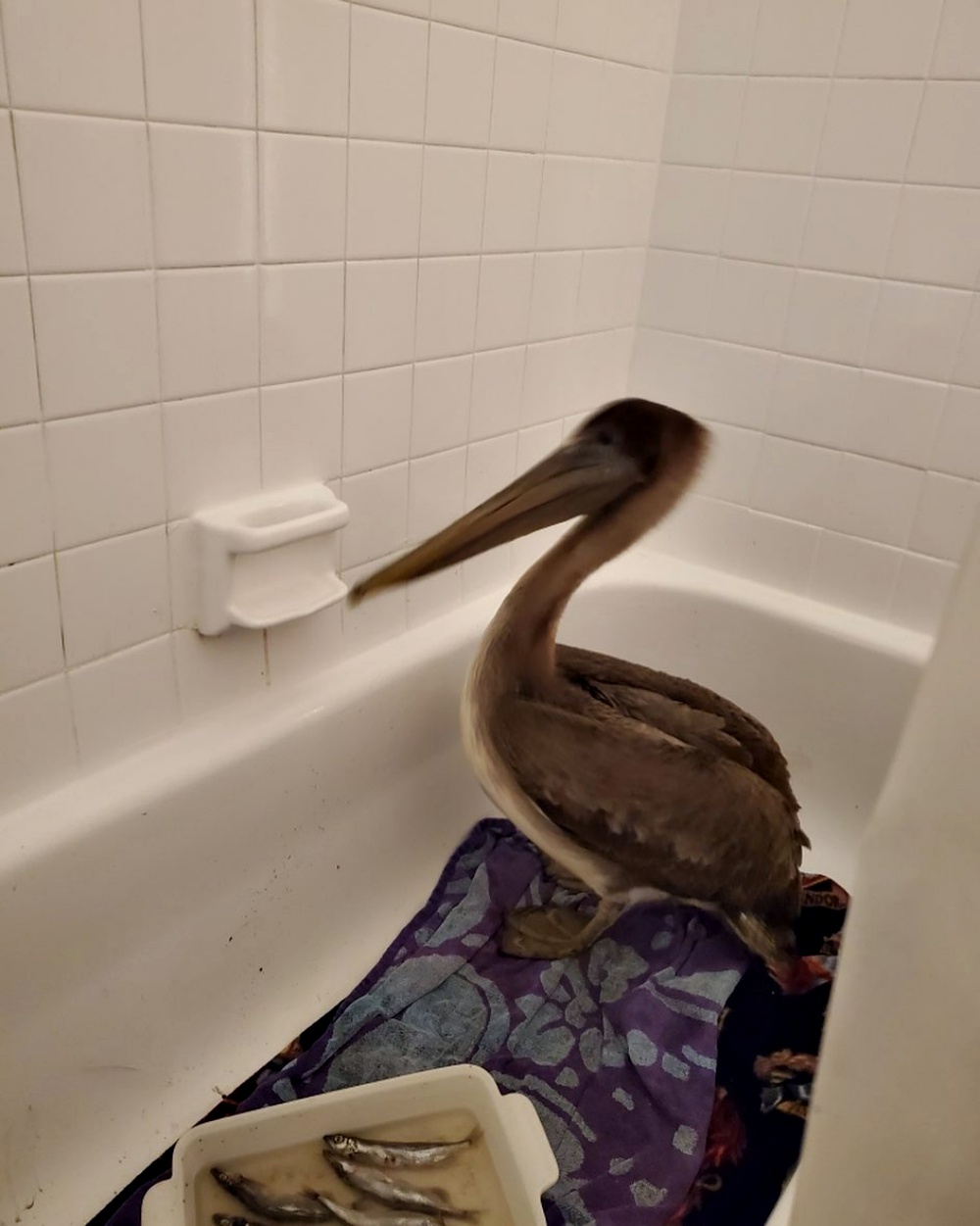 The young pelican continues to improve and Franczak updated the rehab center on his progress. “This bird is feisty and doing well. He is receiving supplemental food to boost him nutritionally, special medications to clear up his respiratory system and cold laser therapy to continue to treat the areas of concern on his feet.” 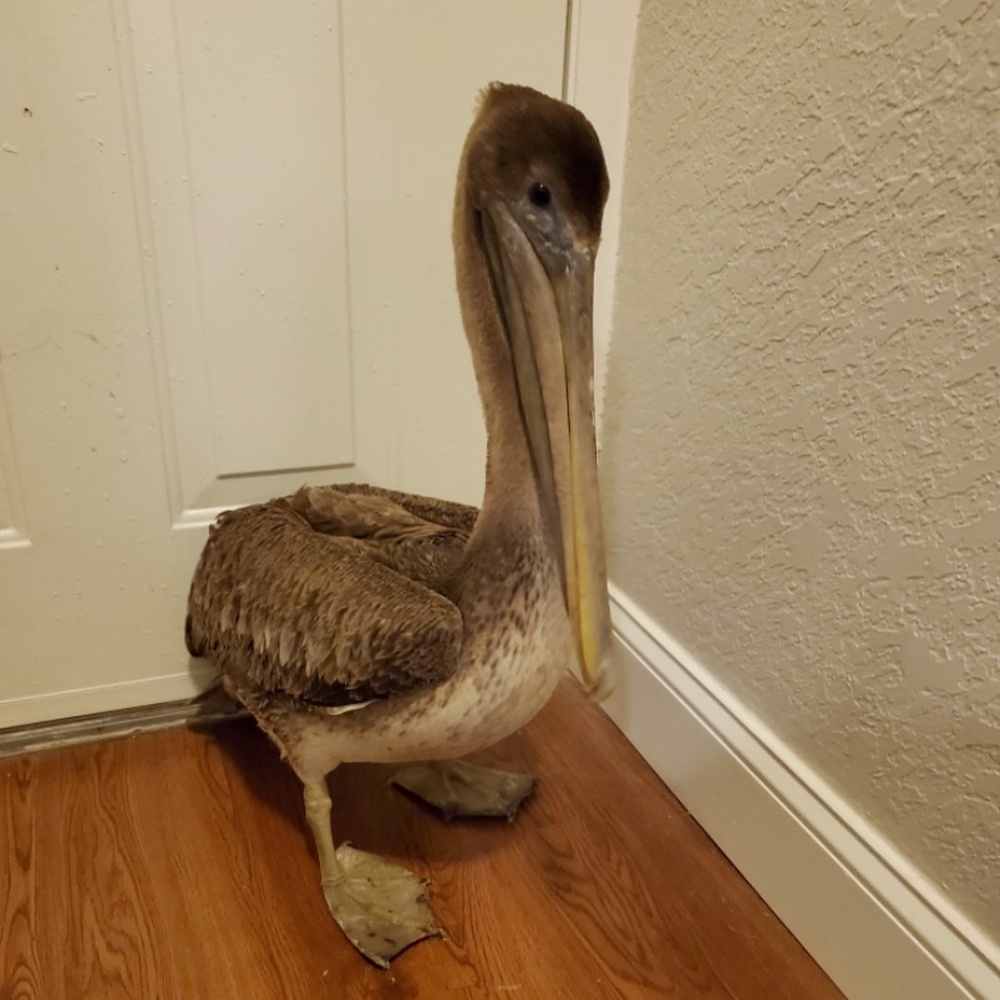 Arvy will be released back into the wild once he has fully recovered. The rehab center is glad the pelican is doing well and said they couldn’t have done it without the support of their community and followers.

“Thank you all for your concern and care for this unique visitor to our State of Connecticut.”