How Do You Mend A Broken Heart? With A Cat…

Recently heartbroken after a relationship ended, a man left his apartment to run errands. Little did he know that he would find love just outside his door.

Just as he was about to shut his apartment door, he heard a meow, and a little orange cat appeared. When the man looked down at the cat, he saw the cat’s eyes were swollen shut and covered in dried pus. At first he thought the cat was blind.

It was a hot day, and when the cat felt the cool air inside the apartment, he darted for the open door. The man returned to the apartment and offered the cat some cool water. Since he did not have any pets, he did not have any cat food. He opened the fridge and found some fajita meat and added a little water to it. The cat devoured the food, and that is how he was named “Fajita”. 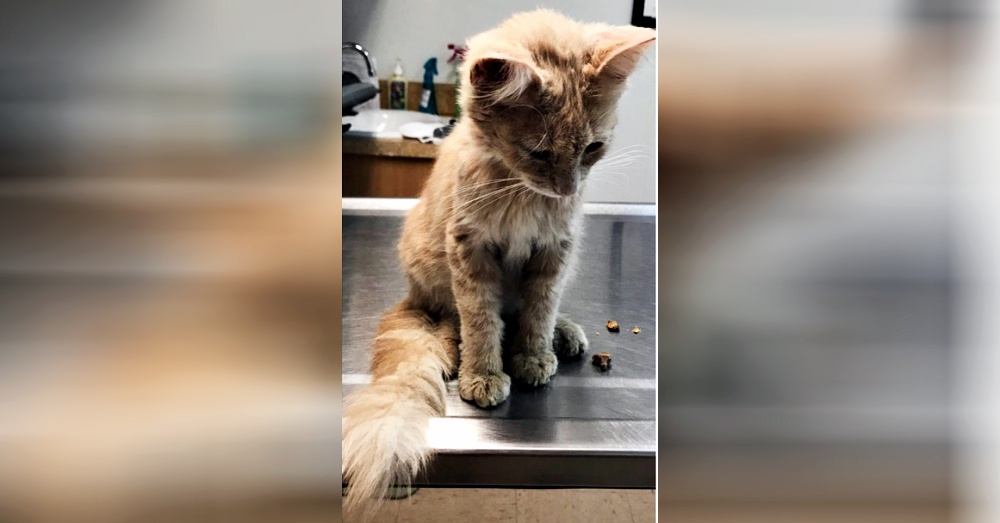 The man tells Love Meow, “His name is Fajita because it was the first meal we shared.” He goes on to say, “After I noticed a sneeze, I decided to take the kitty to the vet and went on Facebook to get suggestions from my friends.”

He realized that he had no way of transporting the cat to the vet, so he went to the store to get a carrier. Once he returned, it took a bit to convince the cat to get into the carrier. He states, “I had to earn the cat’s trust to get him in the carrier, but when we were alone together waiting for the vet to come into the room, we bonded.” 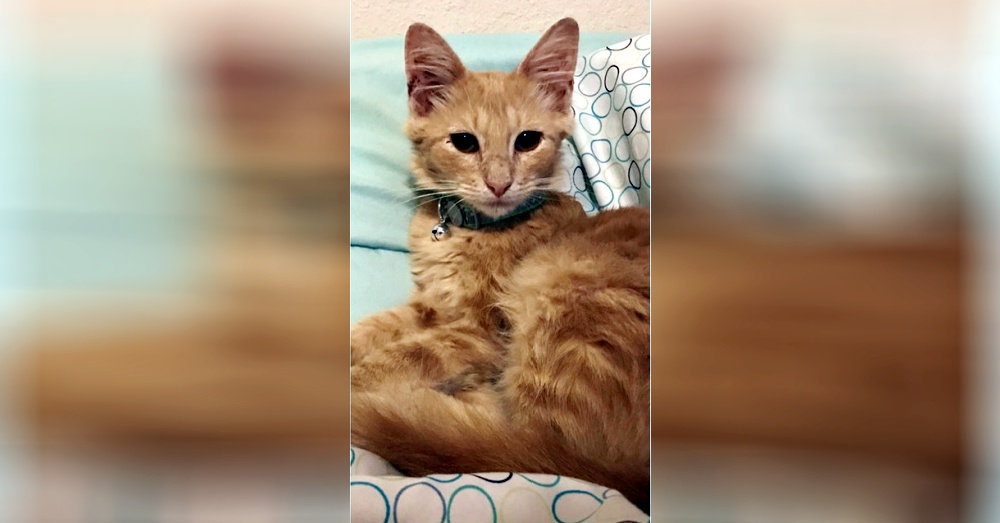 The vet found that the cat was not blind, but he had conjunctivitis and an upper respiratory infection. The cat was treated and put on antibiotics for the infection. There was no microchip found, so the man says, “I looked down and asked, ‘Do you want to be my cat?'” When the kitty meowed right back, he broke into tears.

The sweet orange kitty was looking for help and found a man with a heart that needed mending. They rescued each other and both found the love they needed.

Cats have a way of purring or batting their way into our hearts. Their love is unconditional. Click ‘next’ for another story that will melt your heart.