This Chihuahua Was Petrified In Her Cage, Until Someone 600 Miles Away Lent A Helping Hand..

Claire Stokoe was scrolling on a local rescue group’s Facebook page one day when she saw a dog that immediately snatched her heart. A tiny Chihuahua had fear written all over her face, as she was cowering next to a can of vegetables. The rescue group posted that the dog was up for adoption after she was rescued from a puppy mill in London. Stokoe immediately called the rescue group and asked how she could adopt the adorable pup in need. The shelter indicated that she had scabs covering almost her entire body and was malnourished, most likely from not getting fed at the puppy mill. 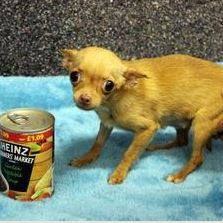 “When I saw her I was shocked,” Stokoe told the Dodo. “She was emaciated and shaking. She clung to the lady at the rescue and I wondered for a second if I could really help her. She looked so pitiful and it was really upsetting. She was crouched at the back of her little carry case, wide-eyed and scared.” Despite the pup, now named “Brie”, having major anxiety, Stokoe traveled six-hundred-miles roundtrip to pick her up and she wasn’t going to give up on her now. 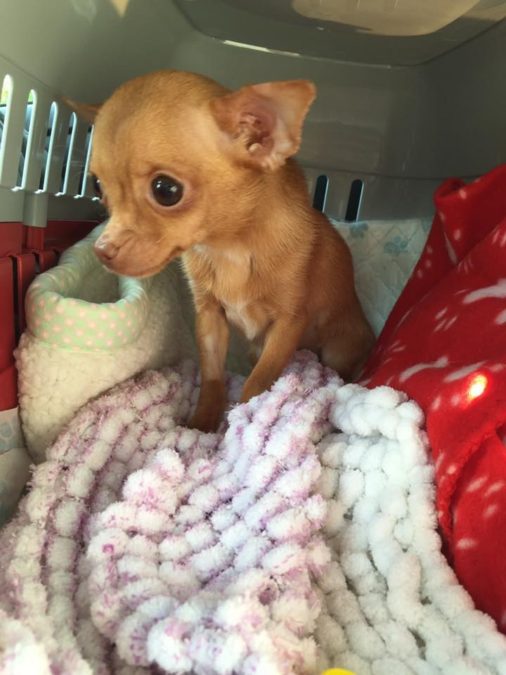 “I took the front of the case off[of the cage] and all of a sudden she ran up my stomach and hid her face in my neck,” Stokoe told the Dodo. “I was dumbfounded and just sat there enjoying the feeling of her little breaths on my neck. She fell asleep and soon we were all dozing in the back of the car. She fell asleep within minutes,” Stokoe told the Dodo. Once the dog got to her new owner’s home, she met her other three dogs, Bouddica, Dexter, and Vesper. Vesper cleans Brie every day and has even shown her that she is welcome to have anything she wants, even the other dogs’ food bowls. Brie is a living inspiration that with some TLC, anything is possible. “How she survived two pregnancies, the cold, the hunger and the fear I have no idea,” Stokoe told the Dodo. “She is made of stronger stuff than me, that’s for sure. It’s inspiring.” 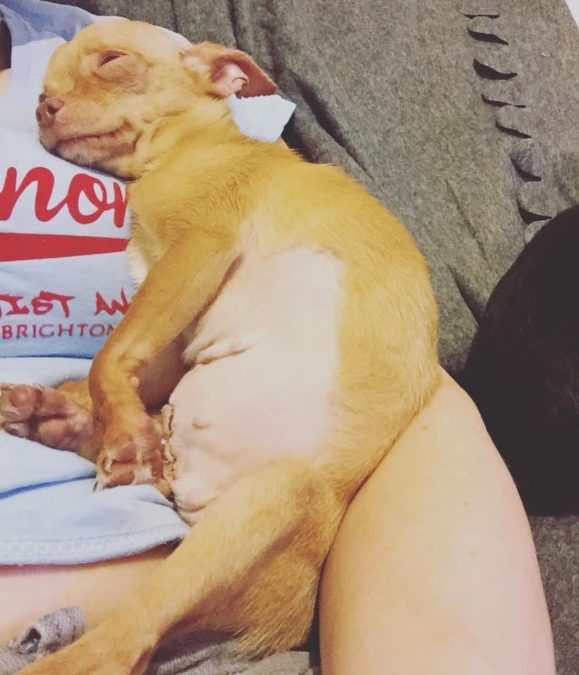