Instead Of Flower Bouquets, Bridesmaids Walked Down The Aisle With Adoptable Shelter Dogs

In a traditional wedding, bridesmaids will hold flowers and walk down the aisle during the procession but Sally Burky decided to do things differently. You see, she loves animals so all of her bridesmaids made their way down the aisle with shelter dogs up for adoption.

“Initially (my husband and I) discussed having our own dogs in the wedding, but after thinking about that, I thought: ‘How neat would it be to have animals that need homes instead of ours?'” 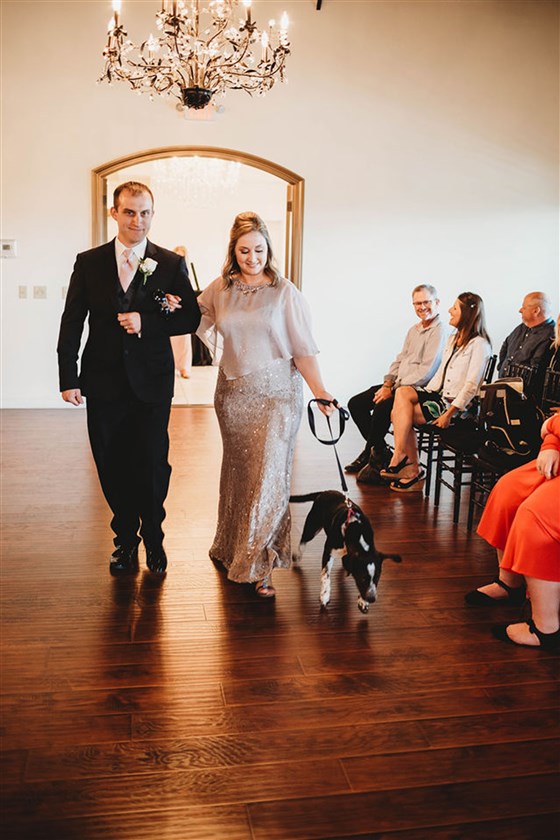 Ozarks Animal Sanctuary in Washburn, Missouri was contacted by Burky to see if they would share adoptable dogs for the wedding, which took place on May 11.

The director of the no-kill shelter, Sherah Farris had also shared dogs for another wedding event, so she was happy to be able to help Burky put the spotlight on these dogs looking for a home.

“We have about 110 dogs at any given time,” she said. “I waited until about seven days before (the wedding) and I picked dogs I knew could handle the stress of the new environment and can handle being around other dogs and strangers.” 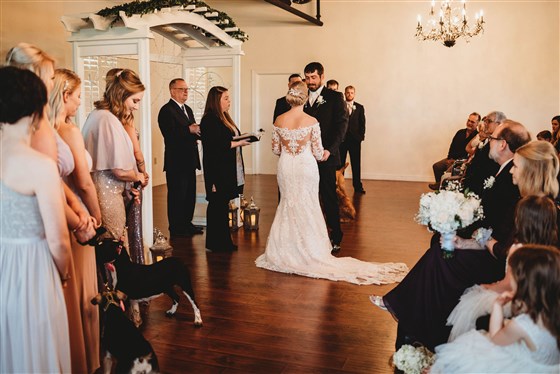 Dogs were given a ride to Republic, Missouri for the big day. It only took about an hour to get there from the shelter. 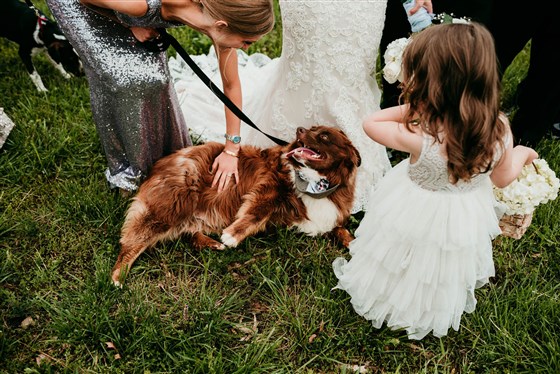 The music played and the procession started down the aisle. Each of the bridesmaids was walking arm in arm with a groomsman and a dog on a leash.

Burky was focused on her own walk down the aisle so she didn’t see much of the reaction. When she looked at the video, however, she saw that everybody had big smiles on their faces.

“The fact they were rescue dogs really hit a spot with people,” she said.

Part of the reception was also dedicated to the dogs who made the walk down the aisle. Burky and Cary Burky, her husband use the dollar dance, where guests pay to dance with the groom and bride to raise money for the animal shelter. 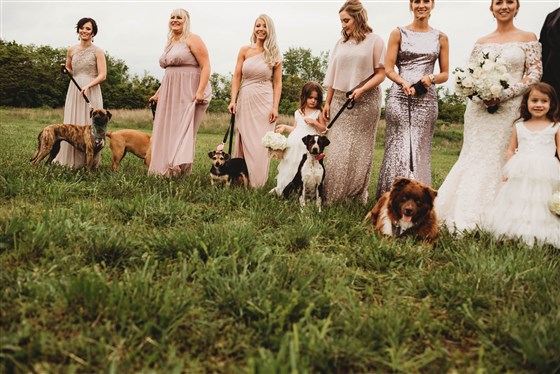 “Ever since we started dating, dogs, rescues, kittens is something he has always been a huge supporter of,” Burky said of her now-husband.

The couple also have their own animals, including a German Shepherd, a pit bull mix and a cat.

The dogs certainly got the interests of the guests at the wedding who wanted to do more once the event was over. As it turns out, it was too late for most of them because all but one of the dogs were adopted within a week. That last dog, Yazzy was still looking for a home.

Farris recommends that other brides who are interested in taking advantage of this to reach out to a local shelter for help.

“People are definitely going to be interested in doing this,” she said. “Shelters want their animals to find homes. The whole mindset is adoption so we can save more!”