41 people were arrested that were either spectators or organizers. The referee was an American man from California and is not allowed to leave the country until the investigation is complete. A veterinarian who was tending to an injured dog and attempting to prepare him for another fight was also arrested. A police officer, doctor, and children were also in attendance at the horrific fight. 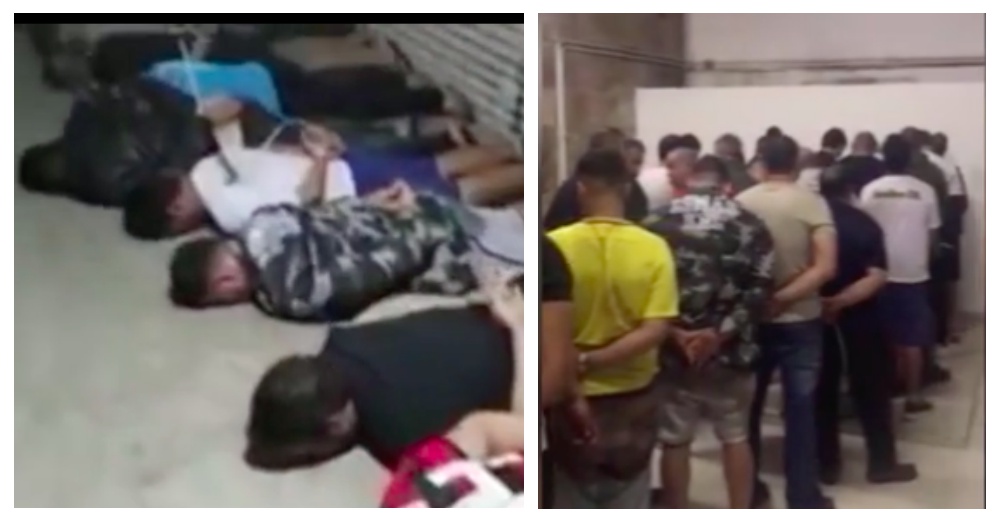 When police busted through the doors, two pit bulls were locked together at the jaws. Everyone was cuffed and forced to either wait in line or face down on the ground while police searched the property. 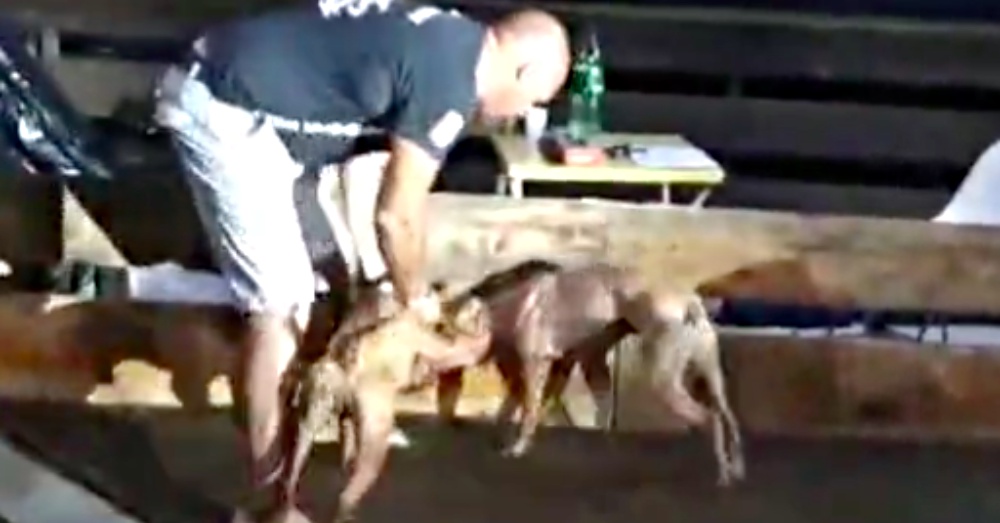 They found 19 maimed pit bulls, including puppies, during the raid. One terrified dog hid when he saw the police approaching, afraid of having to fight again. Dogs with deep lacerations were tied up or in cramped cages. All were malnourished and a few were so weak they could not stand. 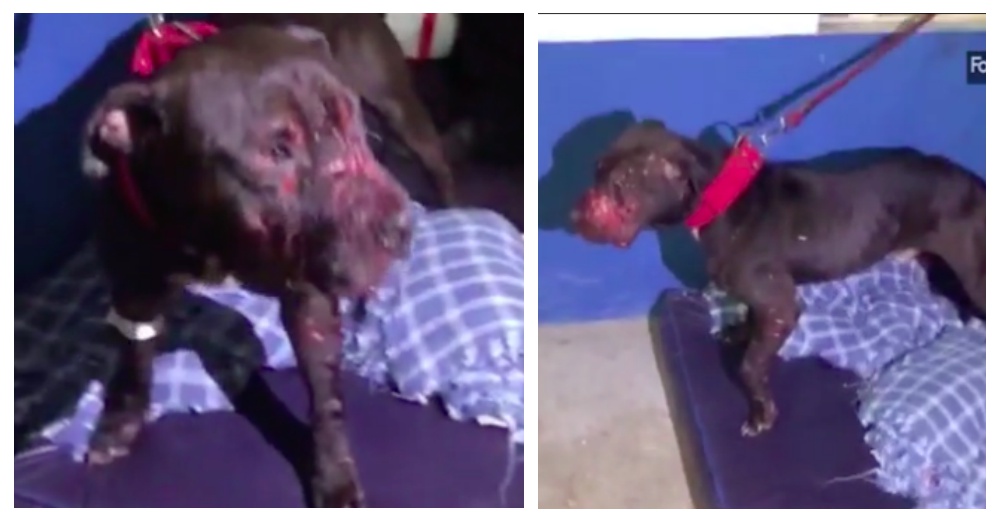 “It was absolute horror,” Parana state Police Commissioner Matheus Laiola said. “There were dead dogs, wounded dogs. A dog that had died was being roasted for food, and pepper was inserted into the snout of the animals to make them angry for the fights.” 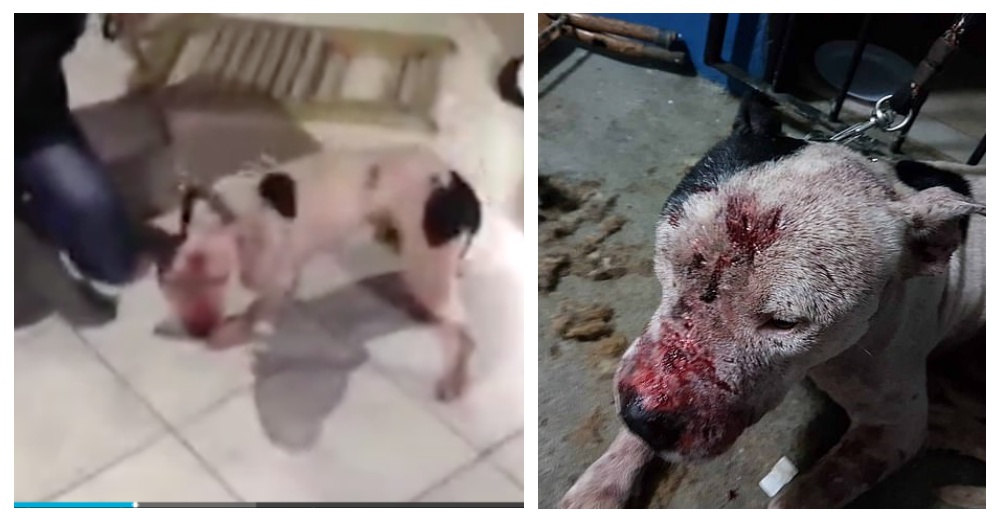 He posted, “Look at the images of some dogs!!! In 13 years as a police delegate I’ve never been more emotional than in this. Outrageous. Shocking.”

Police removed all the dogs from the property. Detectives said the dogs were forced to fight to the death and the losers would be barbecued and eaten by spectators or fed to the winning dogs. Remains of a dog that had been cooked was found on the property. 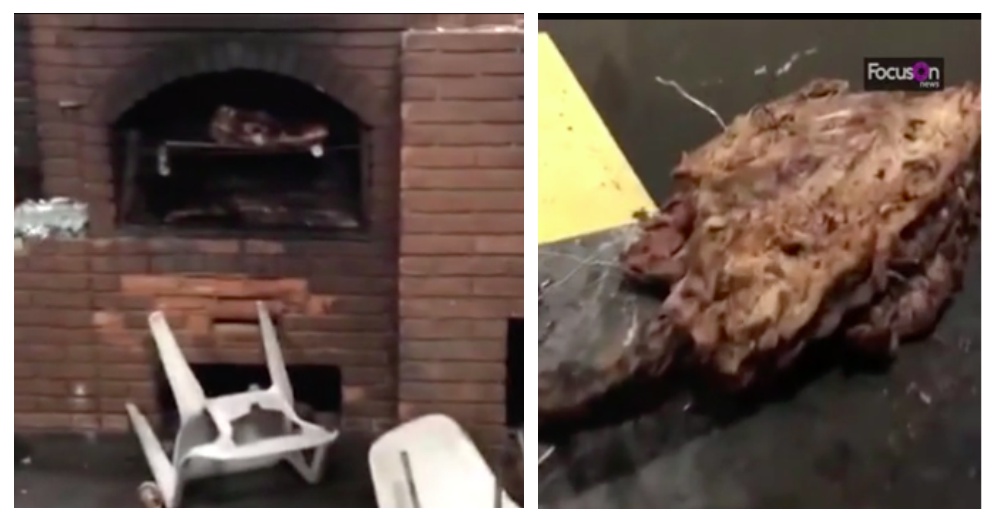 “We found a dog had been cut up and barbequed to serve to those attending the match. It was heartbreaking to see this level of cruelty and this type of barbarism. After the animals had been destroyed in the fight and couldn’t fight any more, it appeared they were killed and cooked to be eaten,” Police chief Jan Plazk said.

Sadly, two of the pit bulls died from their injuries. Many were covered in bite wounds that became infected or suffered internal bleeding from the fights. The remaining dogs are being treated and cared for by kind people. 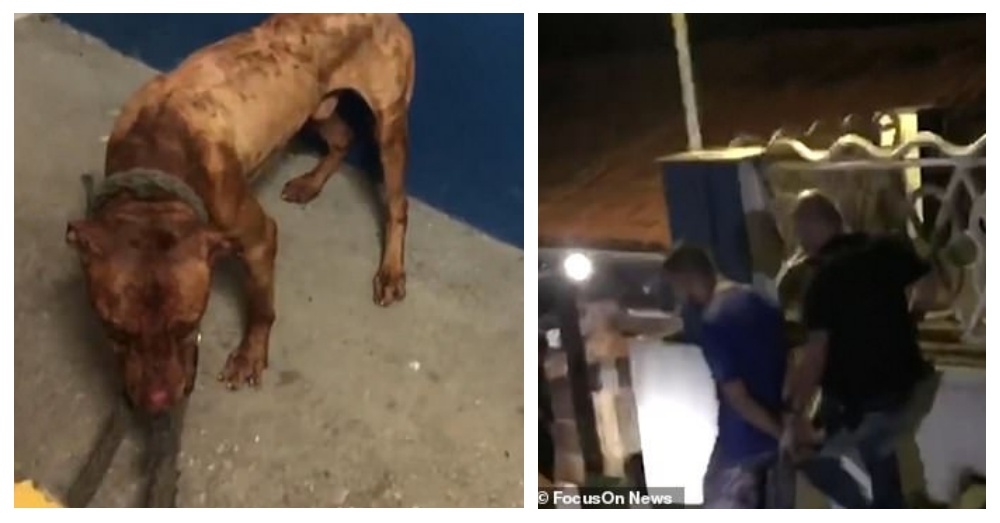 Police found the dog-fighting ring after investigating a breeder and trainer and receiving an anonymous tip. The investigation is still ongoing and while most of the suspects have posted bail – the judge denied bail for man who is suspected to be the organizer.

Dogfighting is illegal in almost all countries, but the blood sport still occurs all over the world. If you see something, say something.

Watch the raid in the video below but viewer discretion is advised.

Dog’s Paws And Stomach Are Skinned To The Bone After Being Dragged Behind Owner’s Car As Punishment: Click “Next” below!