When three men decided to rob a small pharmacy in Brooklyn, they planned for almost every scenario, according to security camera footage of the scene. The intruders wore hoods, masks, and gloves to conceal their identity, they carried guns to coerce the store’s owner into opening the register, and they moved quickly, knowing they had little time to carry out this criminal deed.

But the thieves failed to account for a tiny dog who happened to be inside the store. It’s not clear if the animal belonged to the owners or a fellow shopper, but the indignant pup started furiously barking at the prowlers, thwarting their plans for a quick escape. 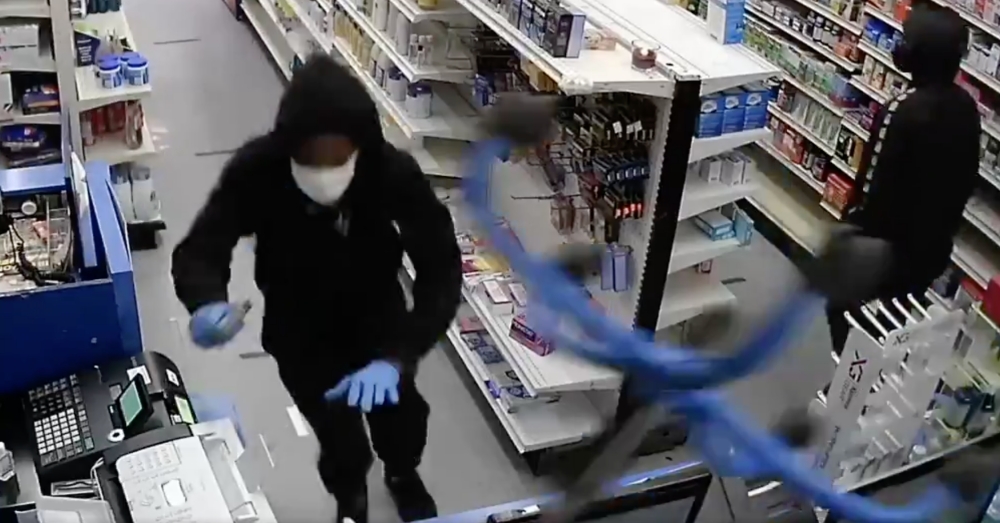 The security camera footage, which you can watch below, even captures the small dog briefly tussling with one of the intruders. The surprised man flails on the floor, drops his gun clip, and then frantically flees the scene.

By the time police arrived at the crime scene, the intruders had fled, but people are applauding the poodle for driving the thieves empty-handed. “Deputize that lil dog and make him a police k9,” one user wrote on Twitter. 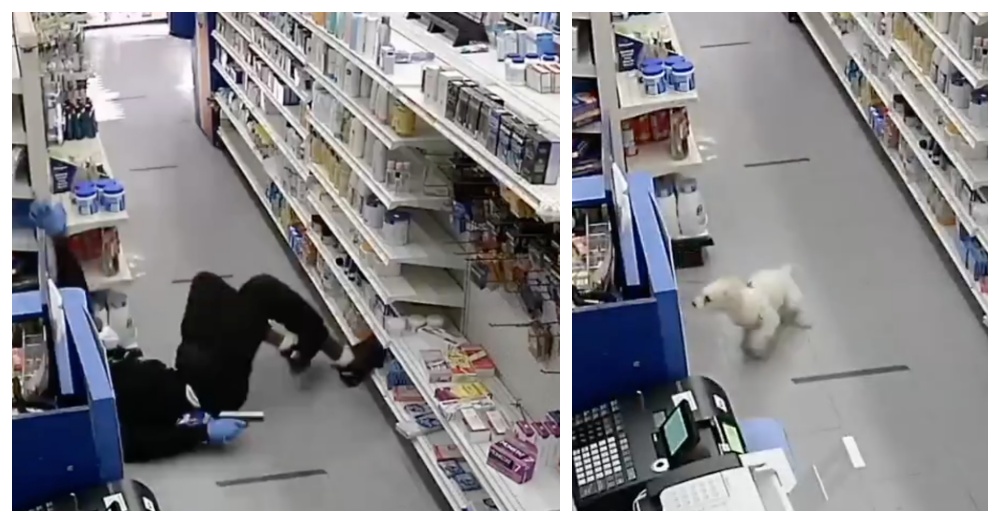 “Little dogs are fierce!!” another person agreed. “Way to go wonderdog!” a third person wrote. Another user suggested police should test the small dog, who looked like a poodle, for DNA just in case the protective pup had bitten one of the prowlers before he ran away.

Meanwhile, officers have issued a social media plea for community assistance. “Seen him? Know who he is?” Police asked on Twitter. The department is offering $2,500 for any information leading to an arrest, and all tips will be kept confidential. Anyone with information about this incident is being asked to call 1-800-577-TIPS or DM @NYPDTips on Twitter.

Regardless, we’re so proud of this fearless pup for risking its life to keep his or her owner safe. Dogs are amazing!