One Dog’s Life Saved By The Selfless Act Of Another

It took a group of rescuers to save 8-month-old Mastiff Brady from starving to death on the streets of Dallas, but without the help of another very special dog, he wouldn’t have made it much longer.

“If he had been out on the streets another 12 hours, he wouldn’t be alive,” Jim Wenger, DFW Rescue Me president and co-founder told WFAA.

When staff from the Dallas Shelter first found Brady, he was very weak, his ribs were visible, and he had trouble just managing to walk around.

Help came just in time, but Brady’s fight for survival was far from over. 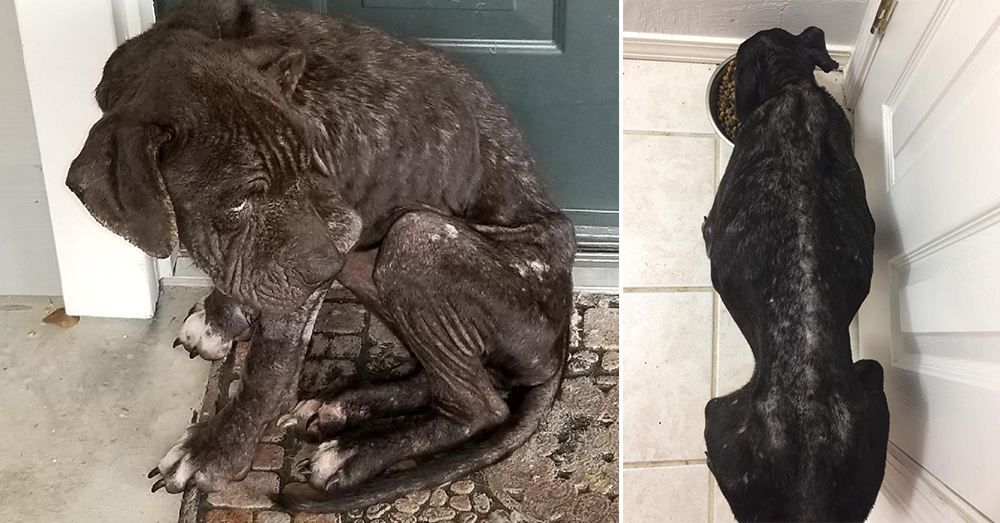 Source: Facebook/DFW Rescue Me
Brady would have died if she spent anouther night on the streets of Dallas.

“He was just a skeleton basically,” Wenger said. “His worms had worms.” 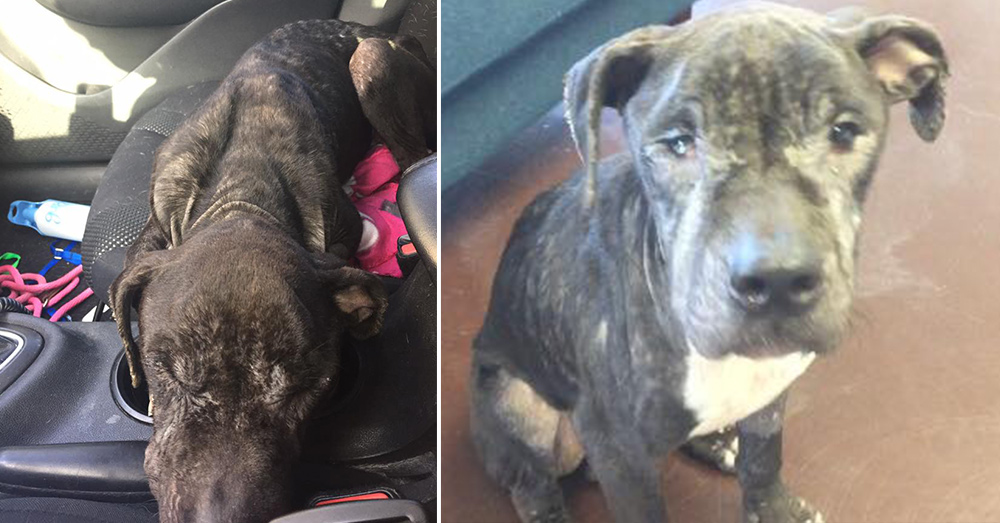 Source: Facebook/DFW Rescue Me
Brady was severely malnourished, with parasites and mange, and had trouble lifting his head.

Once his parasites and mange were treated, DFW Rescue Me placed Brady with a foster human, Dennis Moore.

That’s where he met Rose. 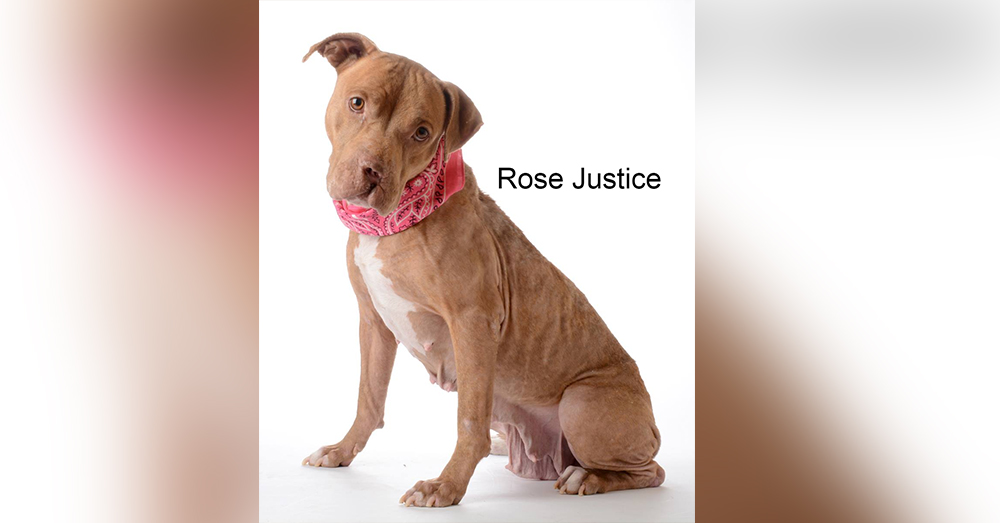 Rose’s life had been saved two years earlier when DFW Rescue Me found her injured and ill. She was eventually placed with Moore, who later adopted the now 8-year-old Pit Bull.

When she first met Brady, Rose must have known exactly what her new friend had gone through. She had been there once, too.

“She stood there and looked at him for a few minutes,” Moore said. “It’s like she felt sorry for him.”

Brady needed a blood transfusion to build strength and thrive. Thankfully, Rose was just the dog for the job. Moore took Rose back to the vet, where she donated blood two days in a row. 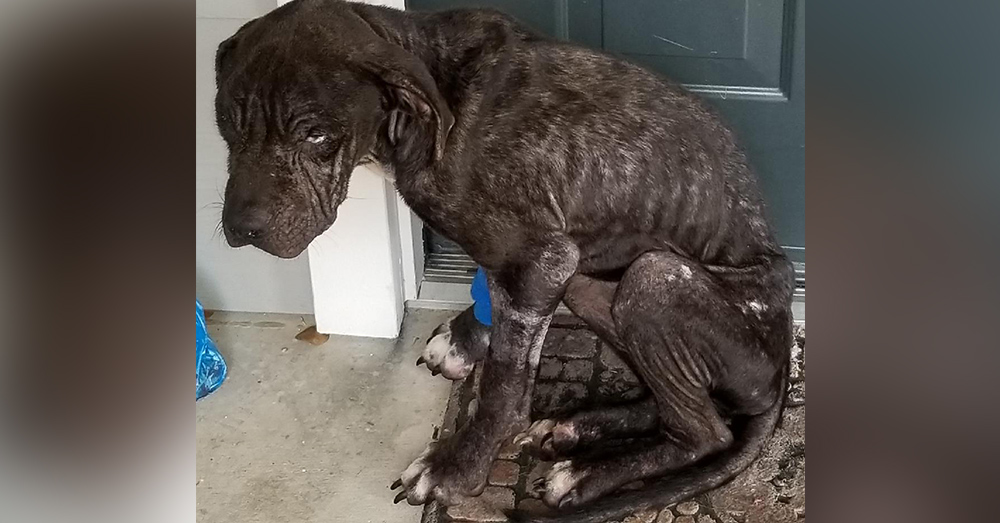 Source: Facebook/DFW Rescue Me
Brady needed a blood transfusion from another dog to live.

Once again, Brady was saved in the nick of time.

“They said literally if she hadn’t given blood that day he wouldn’t have made it through the night,” Moore said.

Rose and Brady are both considered “Justice Dogs.” That’s the name DFW Rescue Me gives to cases involving severe neglect or malnourishment.

Now bonded by the memory of a harrowing life alone on the streets, Moore’s canine companions have become best friends, and continue to support each other in a special way.

“I think [Rose] knows exactly what she’s done because she still acts like that, like a mother to him,” Moore said. 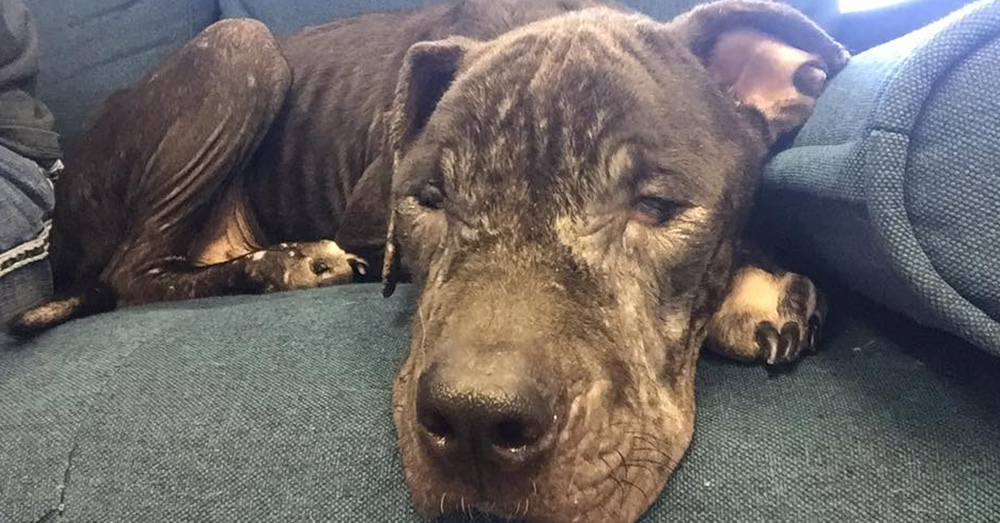 Source: Facebook/DFW Rescue Me
Thanks to Rose, Brady is getting to live the life he deserves.

Brady is putting on weight and getting healthier every day. He was a meager 20 pounds when DFW Rescue Me first found him, but he’s gained at least 30 more since then.

It’s safe to say, Brady is on the road to recovery. Moore, meanwhile, will continue to foster him so he can be close to his best friend, and life saver, Rose.

Heartwarming images of humans comforting animals: Click “Next” below!