Coyote Peterson – an animal expert, adventurer, conservationist, and host of the show ‘Brave Wilderness’ – has seen many different kinds of animals in his days, but probably none as cute and tiny as this adorable baby sloth!

This baby three-toed sloth, named B-rad, is a rescue animal who resides at Kids Saving the Rainforest, a sanctuary in Quepos, Costa Rica. The adorable animal was found after being abandoned and brought to the sanctuary for rehabilitation. Once he is strong and healthy enough, he will be released back into the wild.

But in the meantime, we get to admire just how darn cute this little guy is! Be prepared for your heart to melt!

B-rad is smaller than most baby sloths. Staff at the sanctuary believe that he was malnourished while he was out there in the wild, which could be part of the reason that he fell out of a tree. Luckily at the sanctuary, he will now be provided will all of the proper nourishment that he needs to grow big and strong!

Sloths are absolutely amazing creatures with many unique characteristics. They are called three-toed sloths, but their front feet are actually their fingers. They use these three claws to help them climb around in the tree tops. 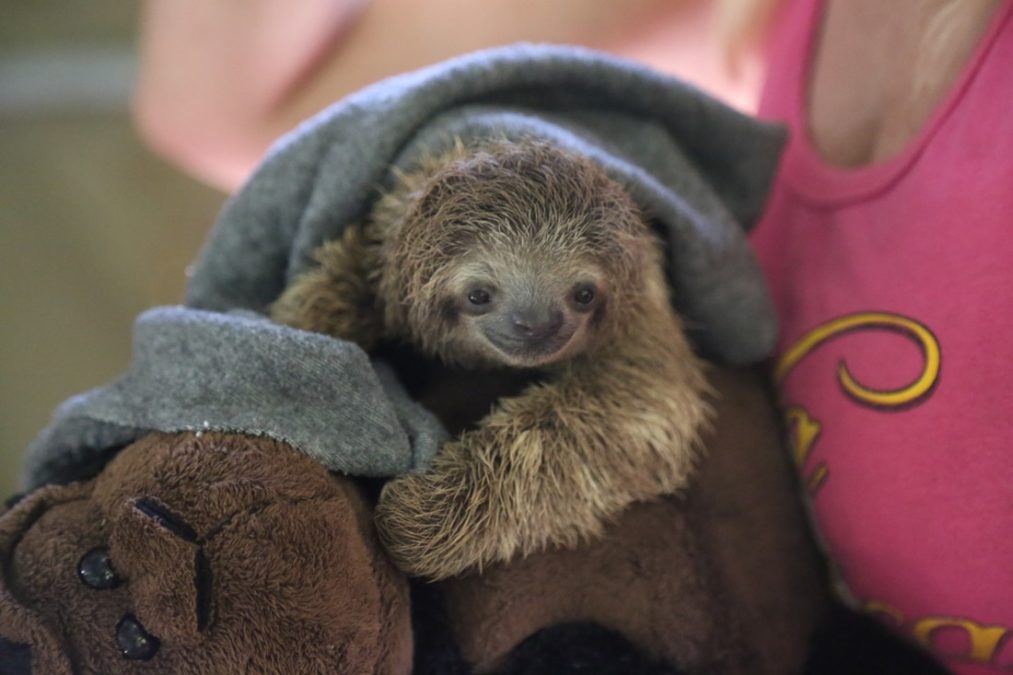 “It is sad that sometimes and a lot of times [sloths] become victim to predators, but every once in a while you have a human that comes along and finds a sloth first and then ends up here at a place like Kids Saving the Rainforest where they can be rehabilitated, taken care of, and given lots of love and nourishment, and eventually released back out into the wild,” Peterson said in the video. 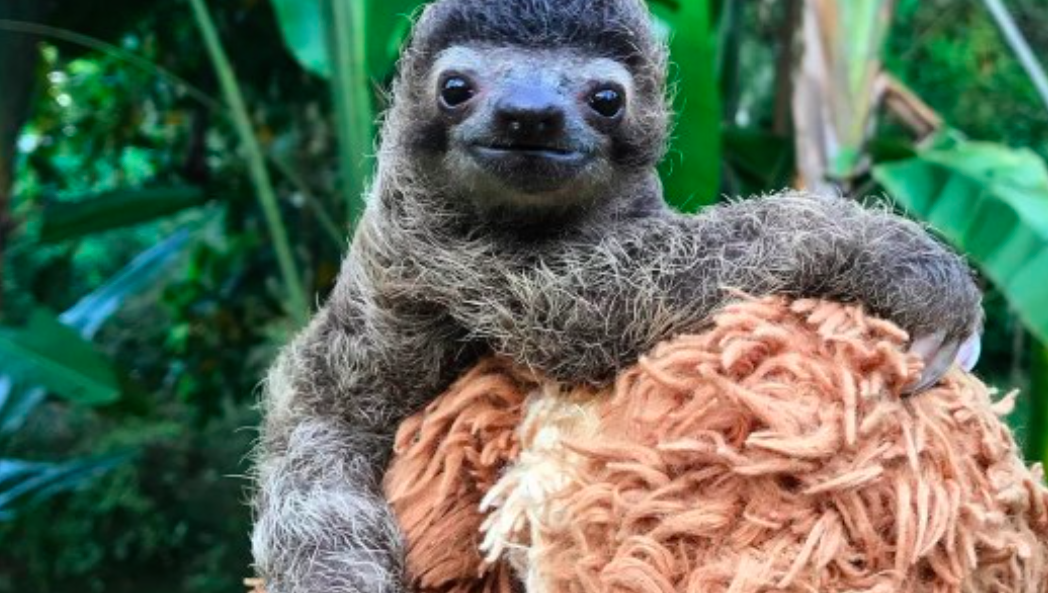 And that will eventually be the story for B-rad. In a few months he will get his happy ending and will be back out there in the rainforest with the other sloths!

Watch Peterson come face-to-face (quite literally) with B-rad in the video below. And be prepared for your heart to melt! He’s arguably the cutest sloth in the world!!