There is something exciting happening in Johnson City, Tenn. It started last year when Mason Bowling first got some Internet fame. He and his family were asking the community for something that was dear to them, a dog trained to help autistic children so Mason could have him by his side to help with life.

Now that Mason is six years old, he graduated from kindergarten and he has his new best friend, Kevin, by his side.

Mason is not only autistic, but he also has a genetic chromosome disorder.

The Bowling family wanted the community to chip in so Mason could get the $25,000 needed for the service dog. Some of the things they did to raise the money included organizing a basketball tournament, thanks to the assistance of Damon Johnson, a former University of Tennessee and professional basketball player. 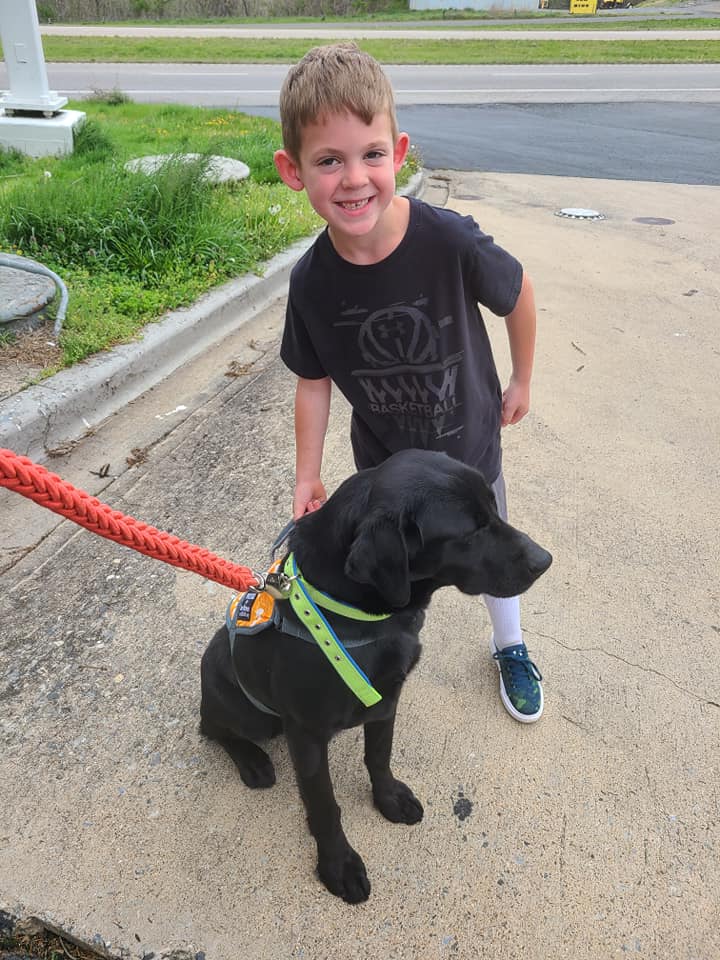 After the money was raised, the Bowling family began the process of getting Mason his dog.

Kevin came into the home in April. Both Mason and Kevin are still working together, but having the dog around is helping to control Mason’s aggression, meltdowns, and to build up his social interactions. Kevin also provides search and rescue and medication if it is ever needed. They expect that Mason and Kevin will be friends for a very long time.

“I hope that he is understood better, by the dog calming him,” Mason’s mom Danielle Bowling told News Channel 11 in an interview last year. “We’ve tried everything and nothing seems to work. We’re in hopes that this will be it.”

This right here is why I done it yall!!! #SDWRStrong

Danielle was able to confirm that the dog is doing well in his new family role. He has already bonded with Mason.