There is no truer friend than a dog.

Dogs have the biggest hearts and will do anything for those they love, including being their eyes.

Golden retrievers and labs are common guide dogs, but boxers are also a great choice because they’re intelligent, devoted, and patient.

A boxer dog named Dexter is going viral for his selfless and enduring act of helping his blind canine pal,Ginger, safely down a flight of stairs. 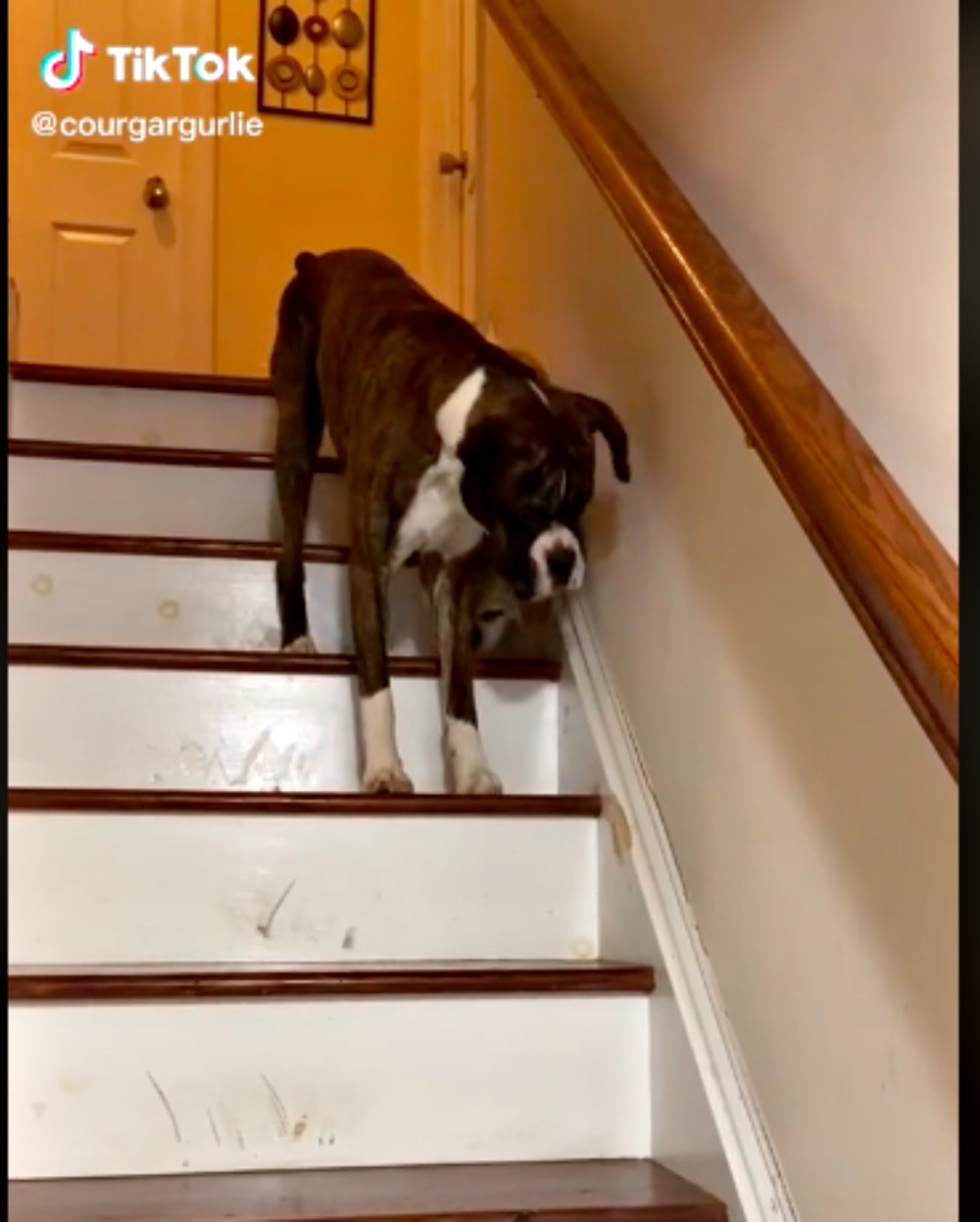 Dexter was captured on video using his body and the wall to provide a safe space for Ginger to descend the stairs without falling. He paused on each stair and patiently waited for Ginger to step down before moving on the next one. 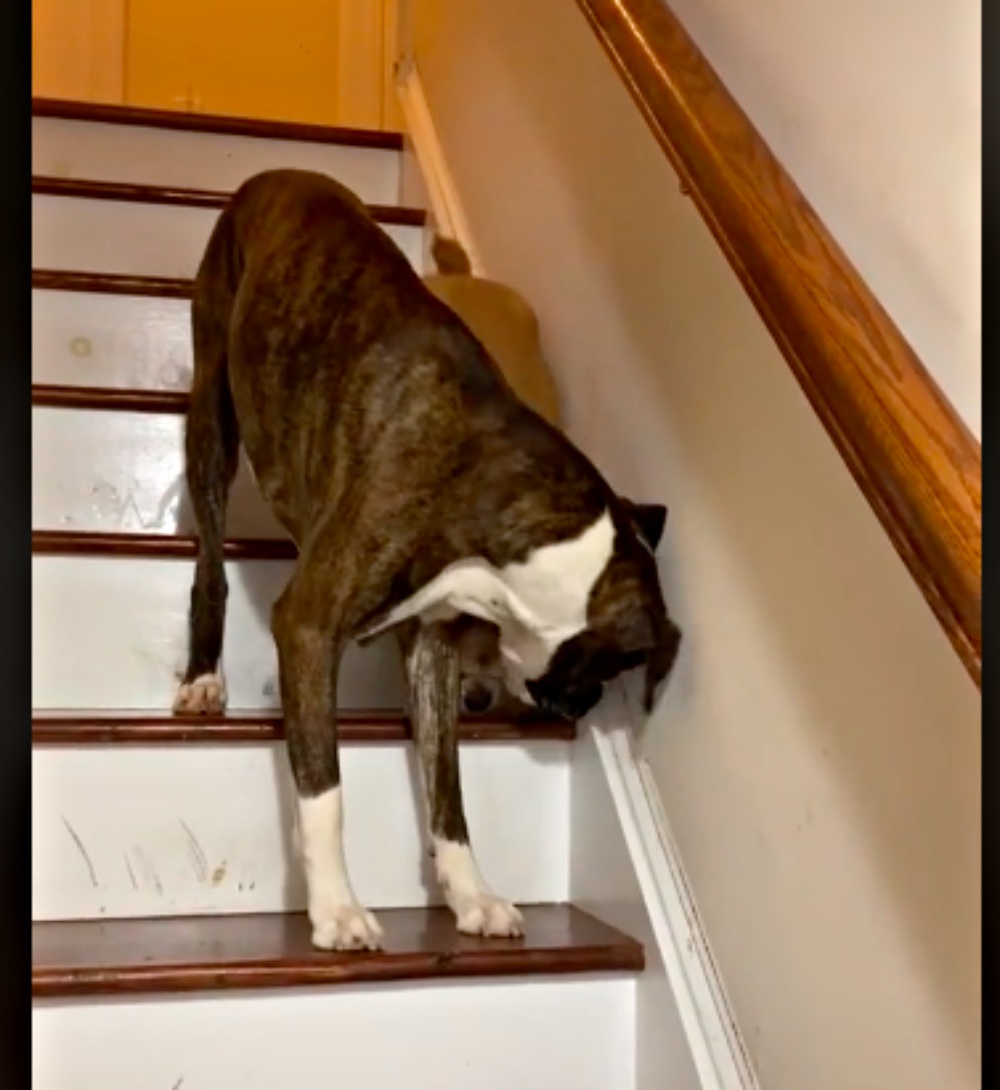 The kind dog repeatedly looked back to reassure his friend and both started to wag their tails when they safely reached the bottom.

The one-minute video was shared on TikTok set to the song “Just the Two of Us” by Grover Washington, Jr. The heartwarming moment has been viewed over 4 million times. 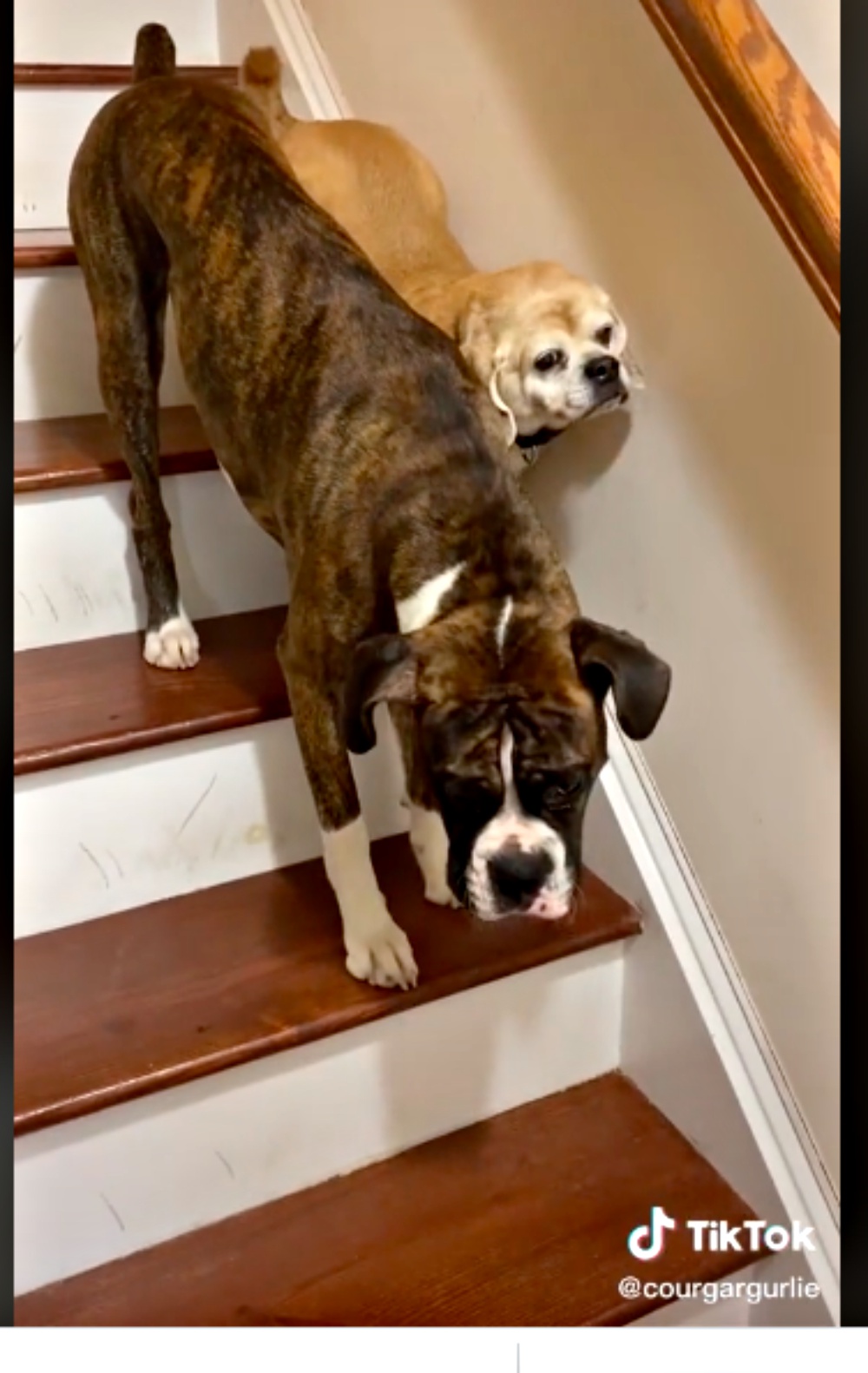 Numerous people wrote “we don’t deserve dogs” and many more shed a tear over the touching video.

One person commented, “It’s 9am and I’m crying.” Another said, “Pretty cool how the boxer keeps his body leaned into his buddy to keep him from falling and turns his head in after every step to say I’m still here.”

Some viewers shared that their dogs did something similar. “One of my dogs was blind and deaf so the other would help him not bump into things, it’s crazy how they just know.”

Watch the viral video below and don’t forget to share!

♬ Just the Two of Us – Grover Washington, Jr.