Elephant meat is becoming an increasingly popular black market item in Central Africa and elsewhere around the world as developing countries look for food sources amidst bushmeat and crop shortages. This trend was first noticed by Ol Pejeta Conservancy conservationist Daniel Stiles, who in 2011 documented elephant meat for sale in Cameroon, the Central African Republic, the Republic of Congo and the Democratic Republic of Congo, NPR reports.

Since then elephant meat has expanded to markets around the world. Fueling this export, poaching has become the number one threat to endangered animals like elephants, and it’s not elephant tusks that poachers are after, ABC News reports, it’s food. 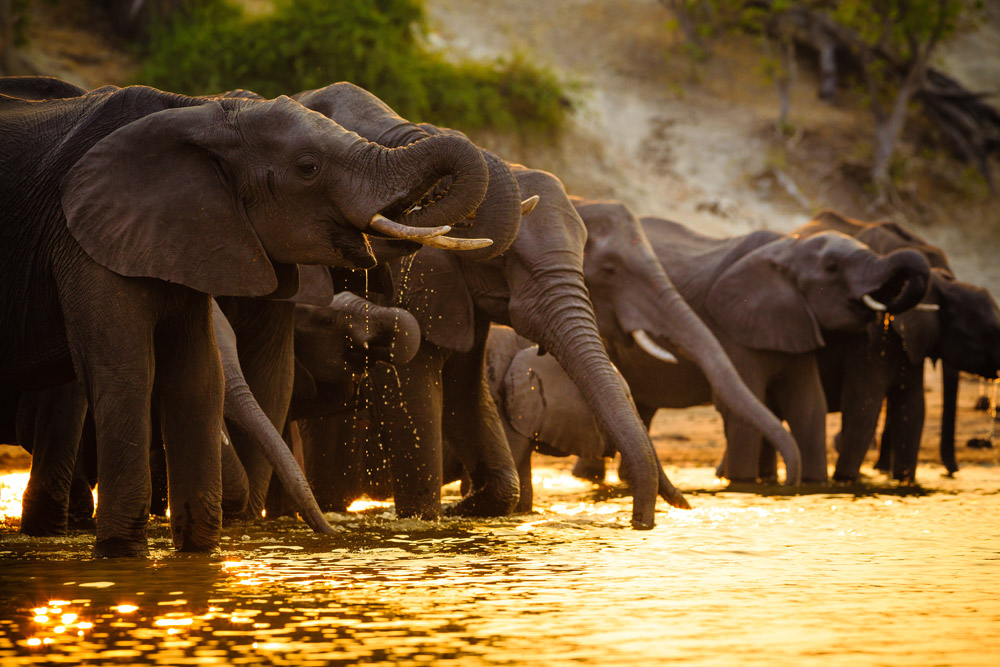 Source: Adobe Stock/Radek
Elephant hunting was made legal in Botswana.in 2019.

Andrea Turkalo, a researcher for the Wildlife Conservation Society, has seen elephants become increasingly targeted for meat over her 19 years of studying elephants in the Central African Republic.

“We have people coming into areas that were never exploited and there’s an abundance of game and they just see it as an unending source of meat,” Turkalo told ABC.

According to the Wildlife Conservation Society, it’s estimated that a million metric tons of bushmeat is eaten every year — the equivalent of 9 billion quarter pounders — and it’s distributed around the world, even to the United States. 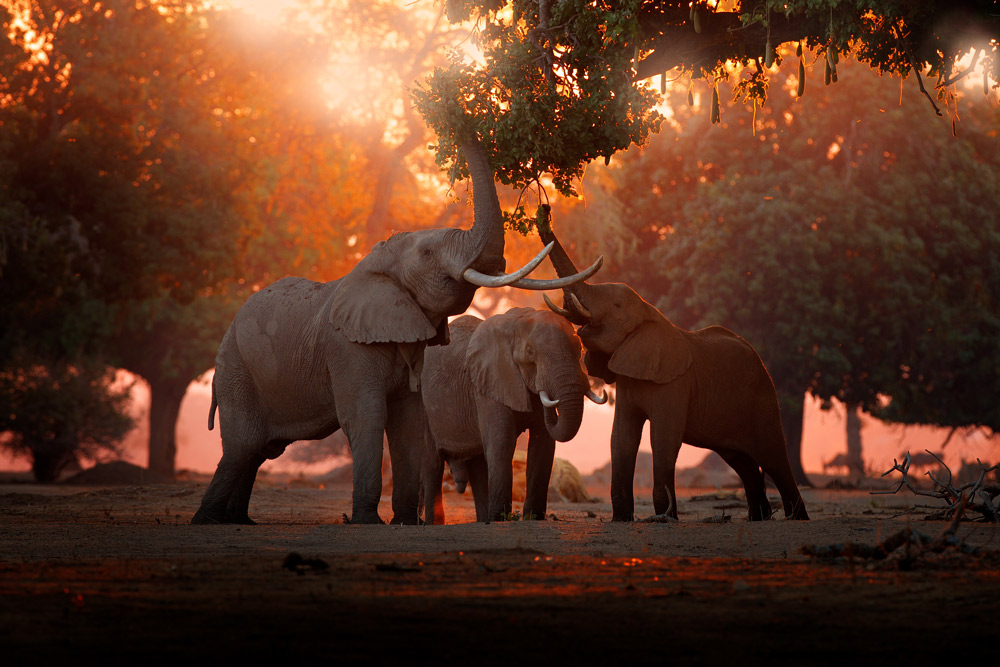 Source: Adobe Stock/ondrejprosicky
Elephant poaching has increased in recent years due to a bushmeat shortage.

Shortly after being elected in 2019, Botswana’s president, Mokgweetsi Masisi, gave three African leaders stools made of elephant feet, the BBC reports. A month later, he requested a review of the ban on hunting elephants. According to NPR, Masisi’s study group recommended “regular but limited elephant culling,” in addition to establishing elephant meat canning for pet food and other products, and recommended the government expand Botswana’s safari hunting industry.

According to the U.S. Fish and Wildlife Service, Northern Botswana is home to Africa’s largest elephant population, according to the U.S. Fish & Wildlife Service. This population grew steadily from 80,000 in 1996 to 129,000 in 2014, even as habitat loss and poaching devastated elephant populations across Africa. Between 2010 and 2012 alone, poachers slaughtered 100,000 African elephants, National Geographic reports. 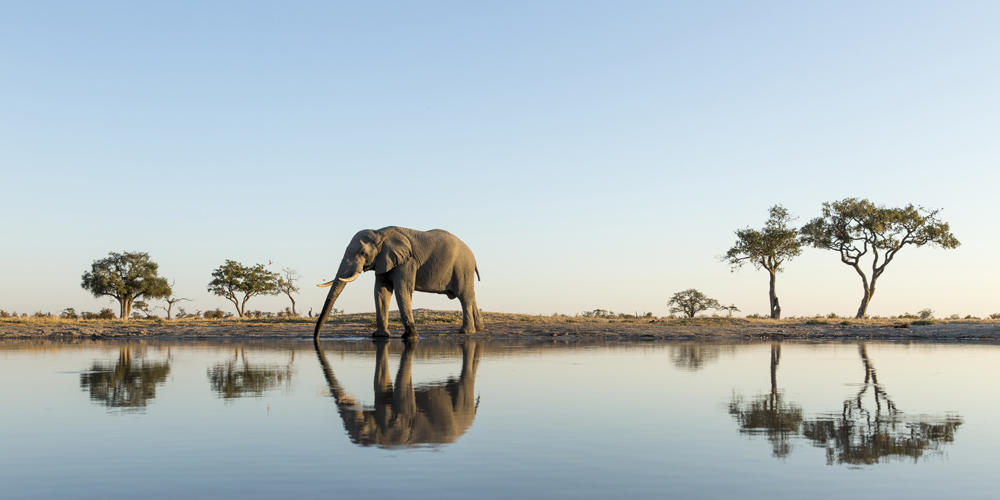 Masisi’s 2019 decision to lift the ban on elephant hunting was packaged as a way to keep the animals from killing crops and trampling humans, it is more clearly a favor to agricultural interests.

According to Resson Kantai Duff, acting head of awareness for the conservation group Save the Elephants, even the death of one elephant is “taking away from [the community’s] ability to earn money.”

Botswana’s elephants are no longer safe. 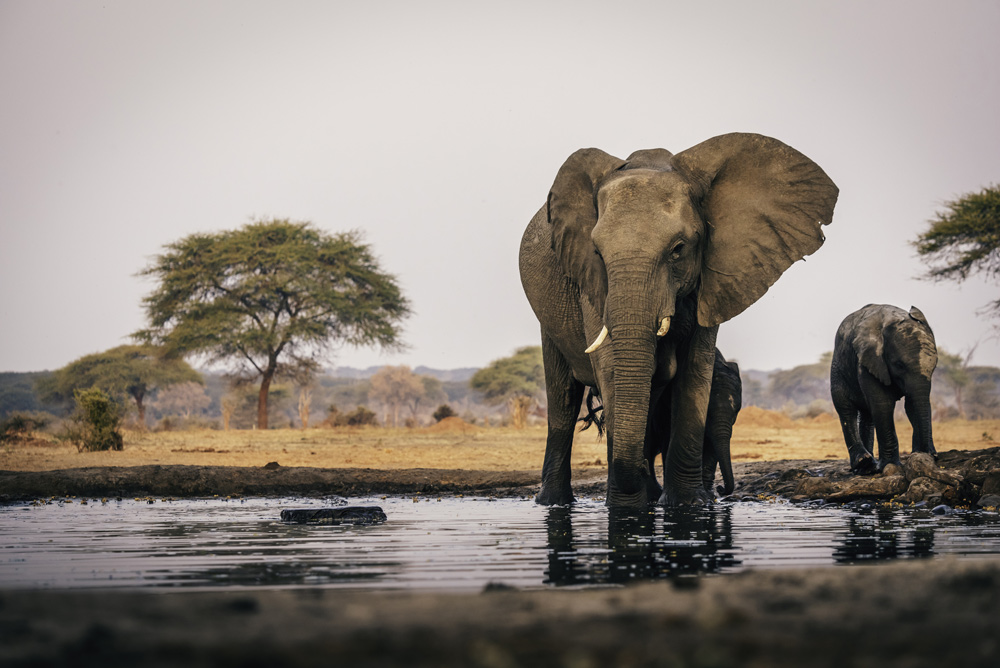 Before Botswana lifted the elephant hunting ban,
poaching in Botswana had already reached an “unprecedented” level, according to a study by the conservation charity Elephants Without Borders.

In September 2018, the carcasses of 87 elephants were found close to a protected sanctuary in Botswana, NPR reports.

During the previous audit by Botswana’s Department of Wildlife and National Parks in 2014, only nine elephant carcasses were found. 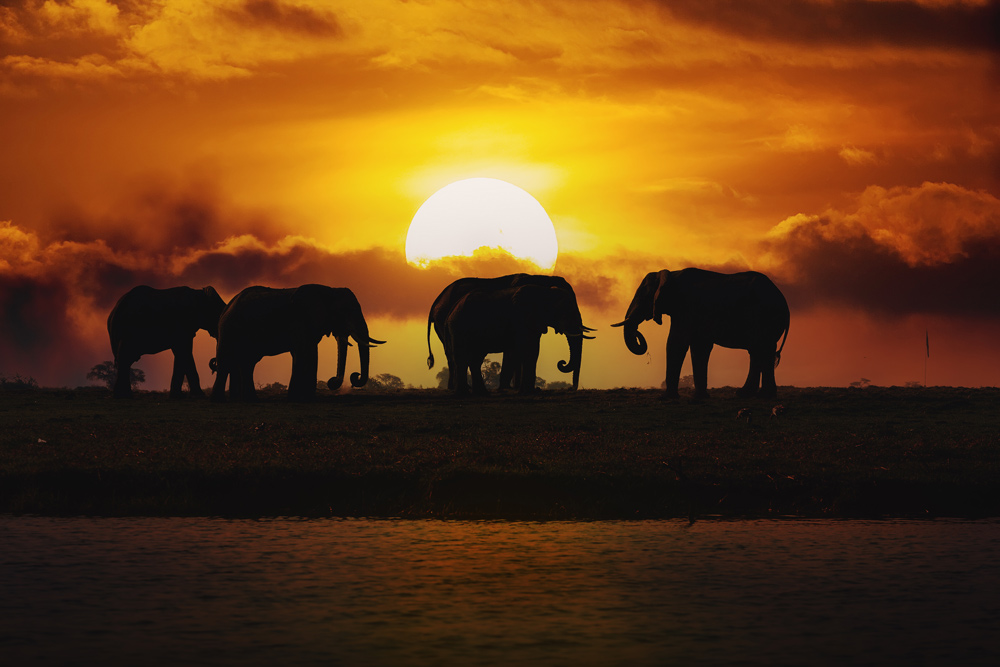 Source: Adobe Stock/ArtushFoto
Botswana’s recent decision to lift the ban on elephant hunting has only motivated poachers to kill more.

Today, there are about half as many wild elephants in the world than there were in 1980, down from about 1.2 million to around 600,000. These amazing animals are cornerstone animals to their ecosystems and habitats. They also generate many more thousands of dollars in tourism than their meat alone could ever provide.

Botswana’s elephants need your help. Click below to make a difference. Northern Botswana is home to Africa’s largest elephant population but the country’s leadership has caved to agricultural interests in lifting its ban on hunting elephants.

These magnificent animals are in grave danger.

Tell Botswana to restore the ban on hunting elephants!