Some dogs love to nap in the sun, chase rabbits, or play fetch with a ball. Bosco, a dachshund from London, loves large sticks. He not only loves them but will find the largest one and carry it in his mouth, showing off his strength.

Bosco was never taught to fetch sticks, but was something he started to do on his own. His mom was impressed by his strength and determination. His intense love of sticks led to his own Instagram page that features photos and videos of him and his prized branches. 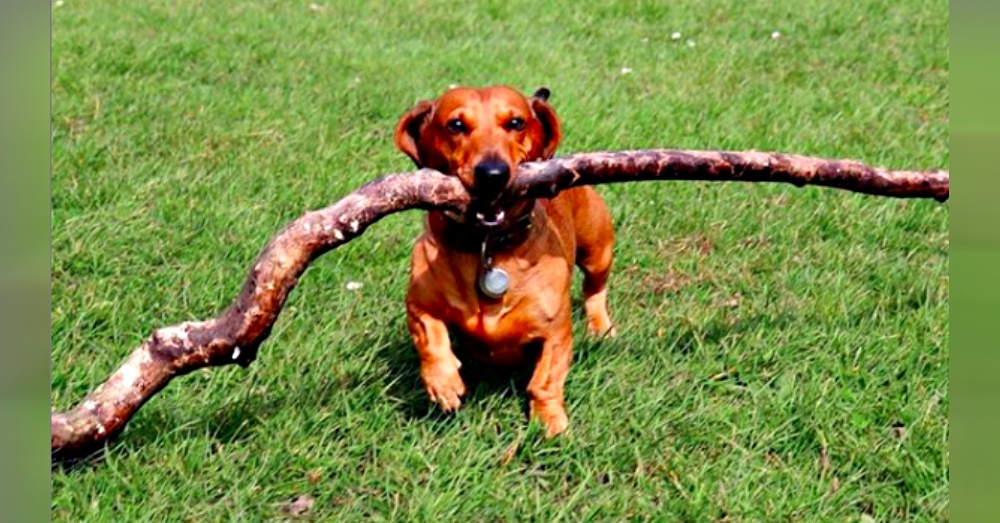 His motto seems to be the bigger, the better. The small dog is seen carrying tree branches that are over three times his size, and some still have leaves on them. Somehow, he is able to balance the long branch in his mouth and then manages to run.

One video showed the little guy running down a dirt road carrying a tree branch with the caption, “Tell me I’m a good boy.” He drops the branch at his mom’s feet as an offering.

Another video shows the tenacious boy attempting to pick up a small tree trunk that is still in the ground. He cries as he tries with all his might to pick up the tree. His mom is laughing as she records the hilarious incident. Although he was unable to remove the tree, he gets an “A” for effort. The video was posted with the caption, “Bosco is the name, attacking trees is my game.”

There is only one thing that Bosco loves more than sticks, and that is his mom. 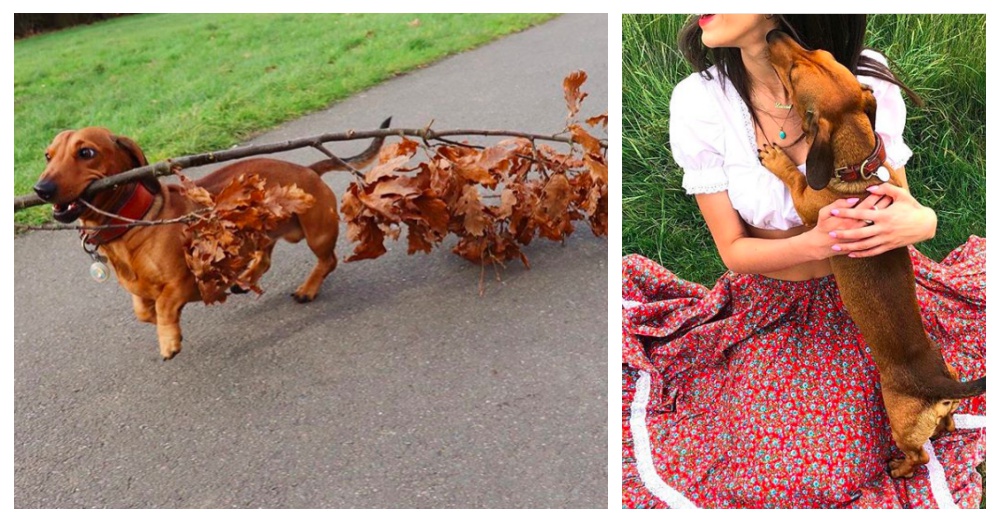 Bosco is a mighty dog that has entertained many strangers as he trots past them with large branches in his mouth. People are amazed that the little dog can carry such large sticks. Check out this video below of him zooming by strangers carrying a large branch.

The tiny dog brings joy to people all over the world and has acquired over 4k followers on Instagram. Life is better with dogs. Be sure to share this story with all your dog-loving friends.

Homeless Dog Carries A Bowl Of Food Multiple Blocks Back To Her Hungry Pups: Click “Next” below!