He Had To Get Both Ears Amputated After 9 Years Of Neglect. Now, He’s Finally Living A Life Of Love!

Boris the Saint Bernard was horribly neglected for nine years, along with nine other dogs, all who had to fight for the very little food they were given. Thankfully, Eileen Mellis and Kerri Eilertsen-Feeney of Cinque Ports Rescue in Meryl Gardens, Deal took Boris to get him the help he needed to survive. 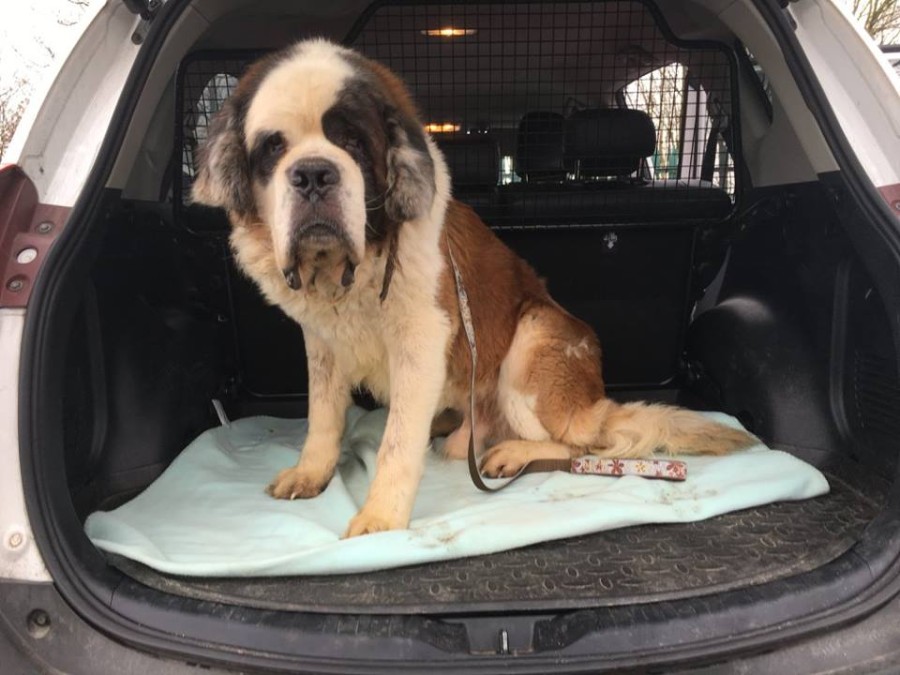 He was in terrible shape. His collar was so rusted and welded together with dirt, crud and years of neglect that they had to cut it off of his neck. 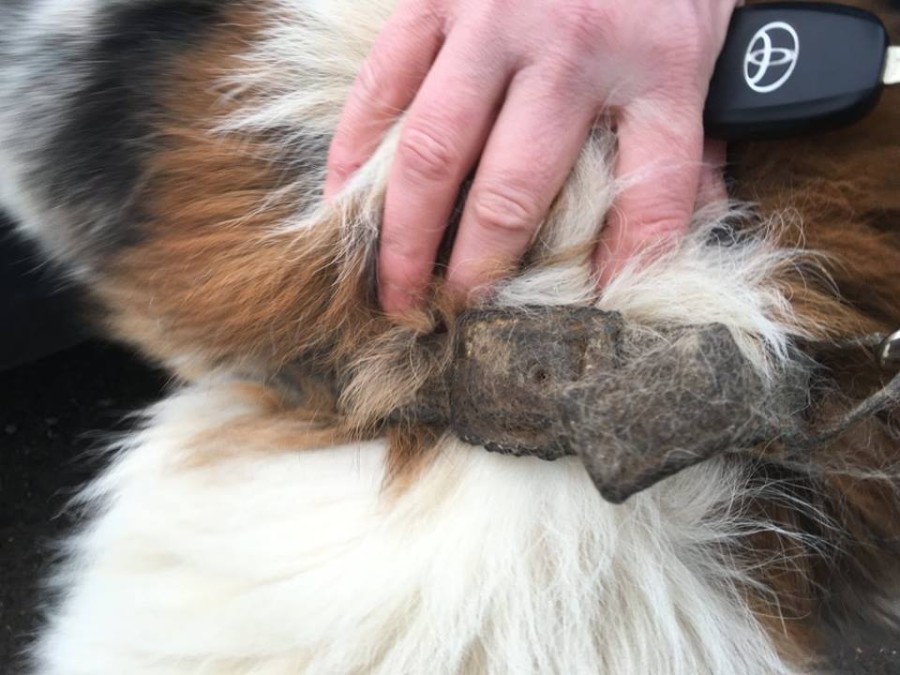 His ears were extremely thickened and scarred and were just dead weight hanging from his head. He was suffering from a chronic and painful ear infection that had probably gone untreated for years. His teeth were decayed and he was also extremely emaciated and half the weight he should’ve been. 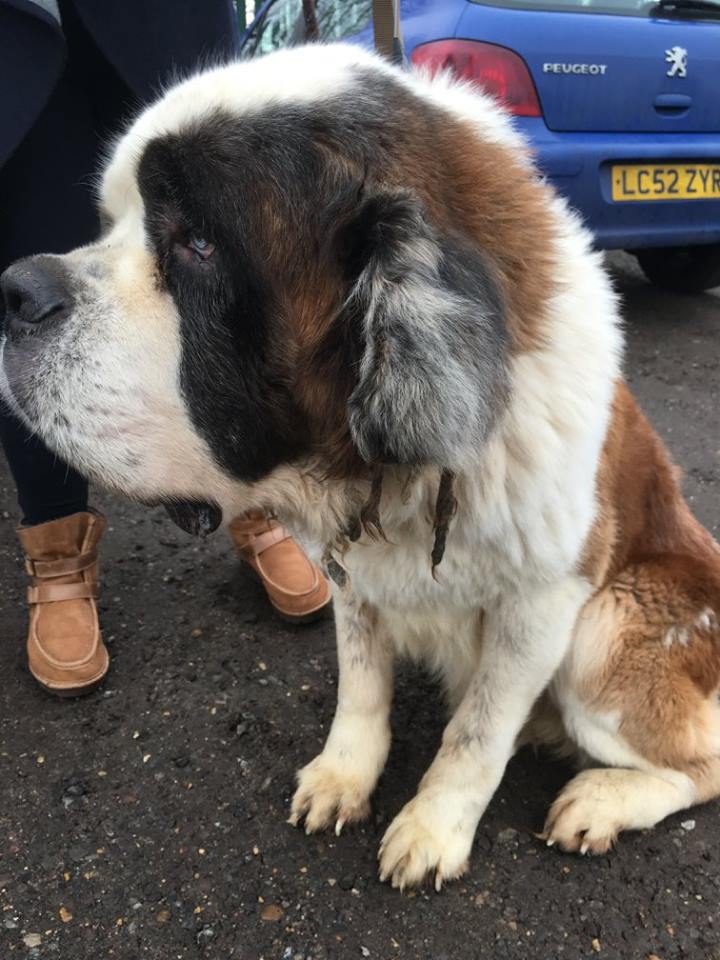 They immediately gave him a bath because the stench coming off him was so bad that it made their eyes water. After a was and blow dry, Boris was already feeling a lot more comfortable and smelling a lot better. 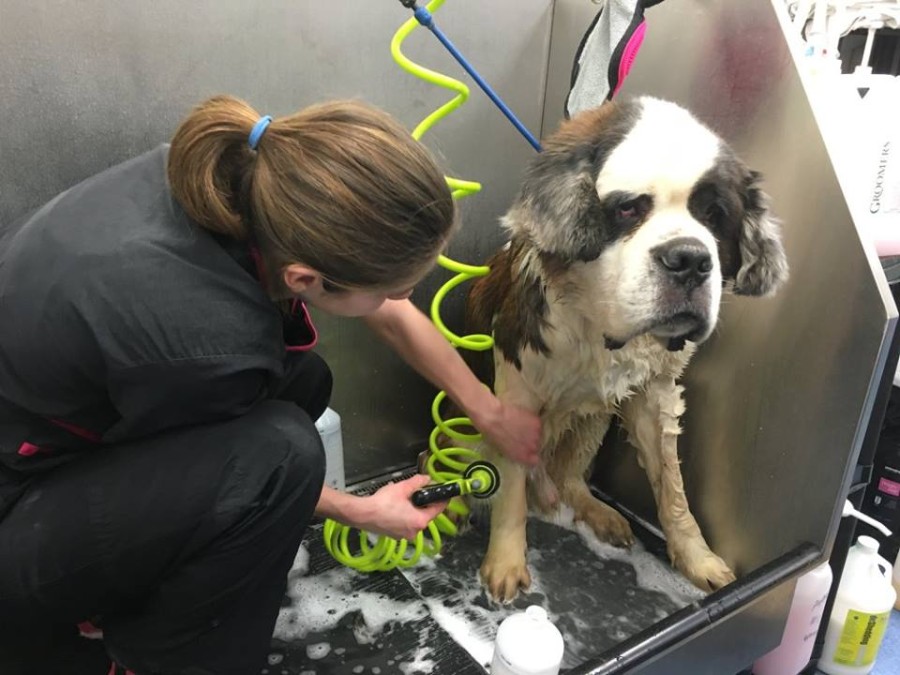 After his bath, they brought him to the pet store so that he could pick out a toy for the first time in his life. It’s little things like this that Boris has never gotten to experience. Now he finally gets to feel love for the first time, and feel what it’s like to live like a dog should. 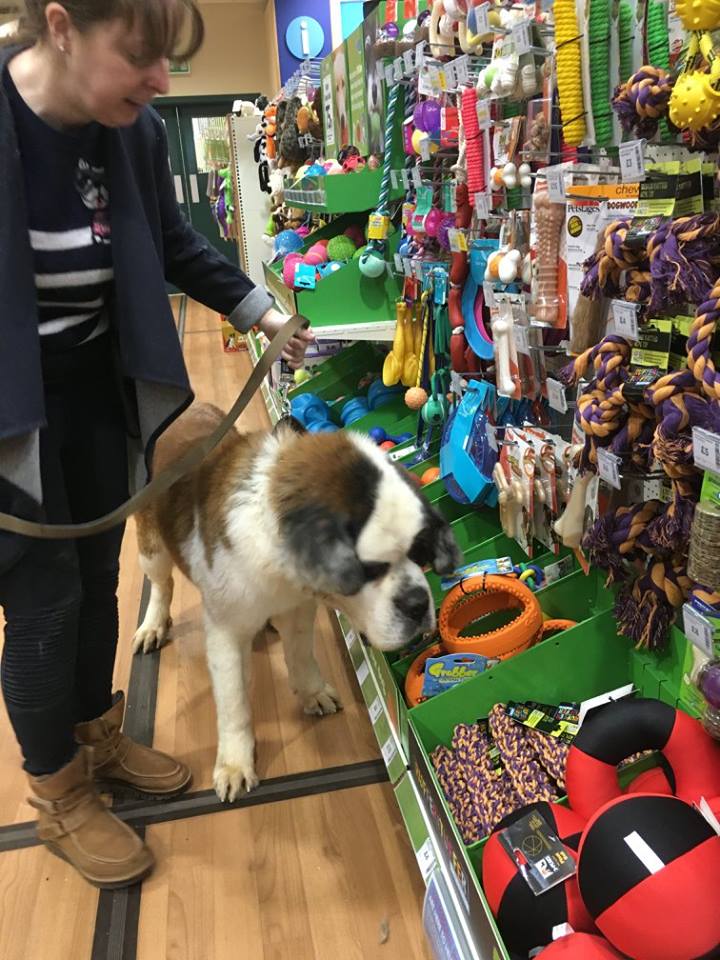 They began to clean out his ears, which eventually had to be amputated. They had to wait until he gained more weight before they performed the extensive surgery. In the meantime, he went for walks and enjoyed being outside in the sun and fresh air. 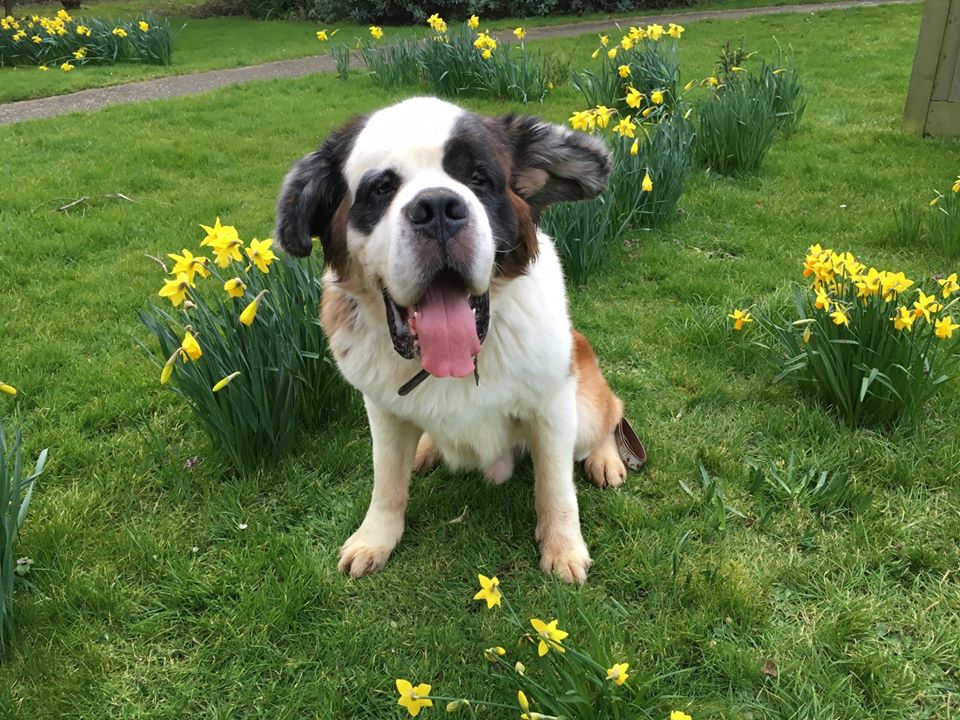 Once he was ready, they began the surgery. The blood supply to his ears were more damaged than they initially thought, so they only removed one ear at a time. His first surgery went great. A month later, he underwent the second operation to have his other ear removed. This surgery went great as well, and Boris was already feeling much better. 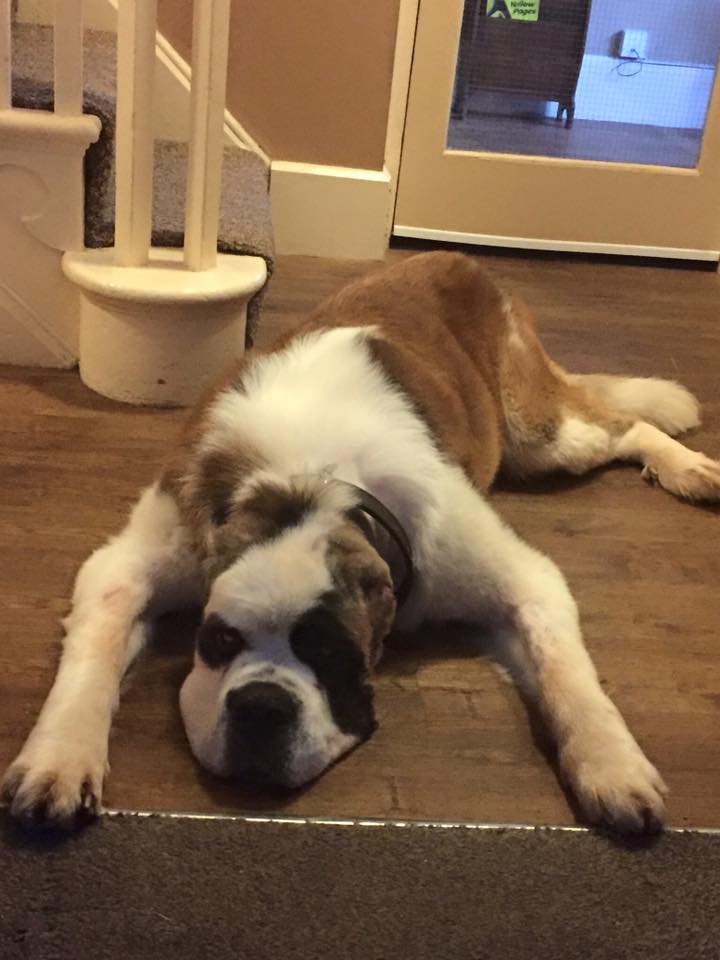 After his stitches were taken out and he was fully healed, he went to live at his furever home with Louise Herrick and her family in Culcheth, Warrington! 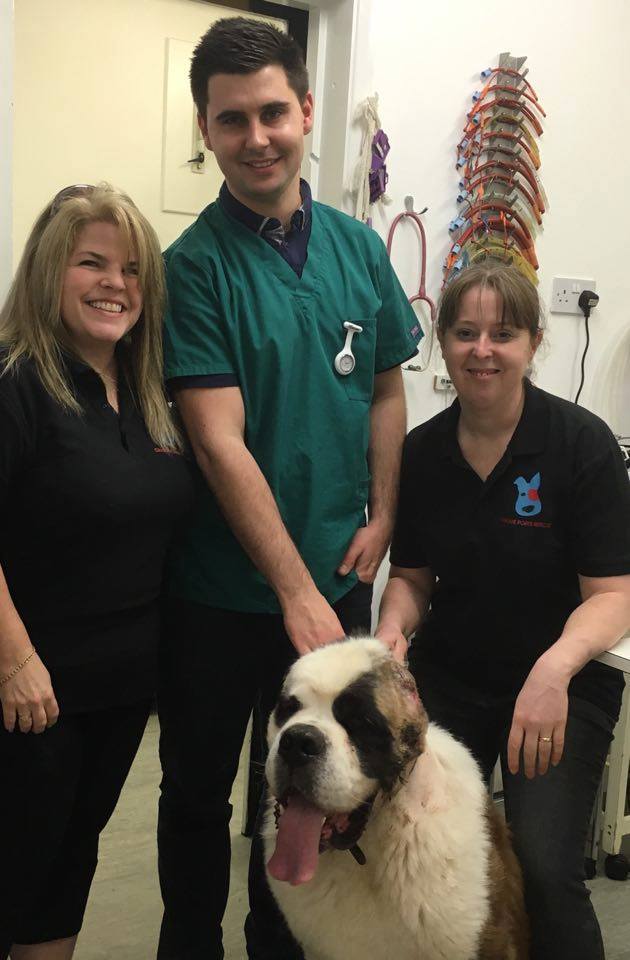 “The kids wanted a ‘Beethoven’ dog and I’d said they could so I went online looking for one,” Herrick told Kent Online. “I was going to get a puppy but then up came Boris and I couldn’t believe it. I read his story and just thought this is the dog for us.” 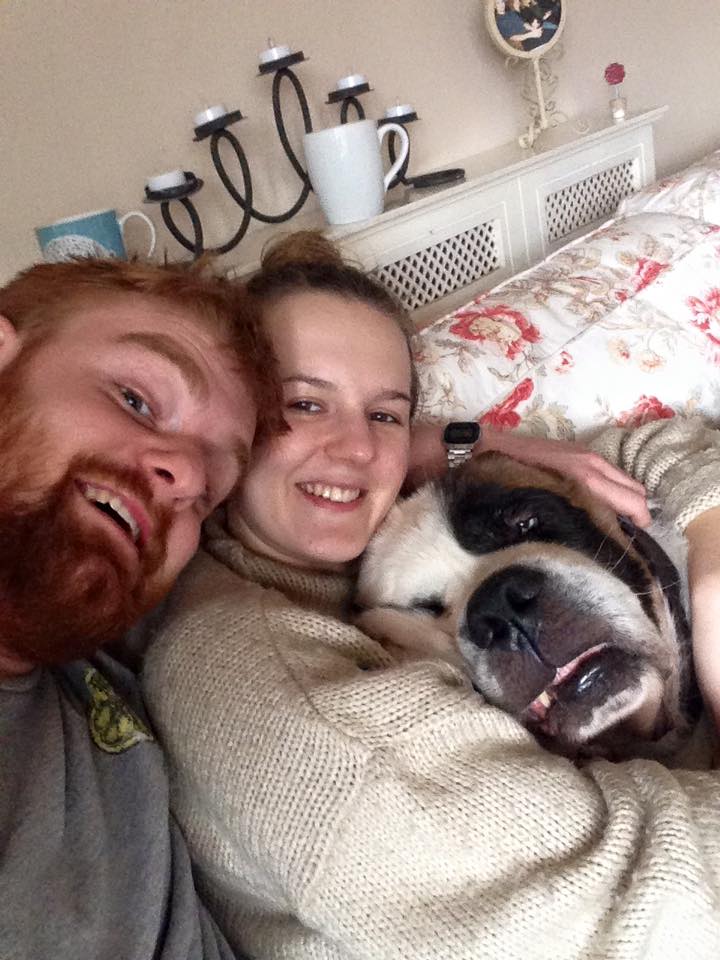 Herrick is a foster mom and a mother of four children. When she met Boris, it was love at first sight. She brought him home, and he fit into their family perfectly. They take him out on trips everywhere so he is never left alone. He went from living a life of neglect, to living THE life! 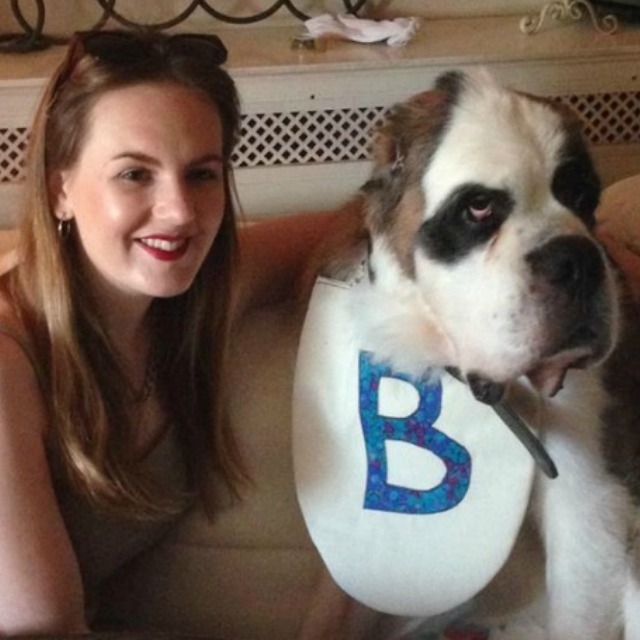