Dogs are a member of the family and see their humans as part of their pack. Their loyalty is unwavering and they only ask for that in return. Sadly, when dogs are surrendered to shelters they are left wondering what happened. They lost their pack and just want to return home.

Hunter, a 6-year-old Border Collie mix, was surrendered by his previous owners to Houston Humane Society. The owners stated that Hunter did not get along with their new puppy. A volunteer was appalled by the reasoning and posted, “Hunter was surrendered to the shelter yesterday because…ready for it? He didn’t get along with their new puppy. Just when I think the human race couldn’t disappoint me anymore.” 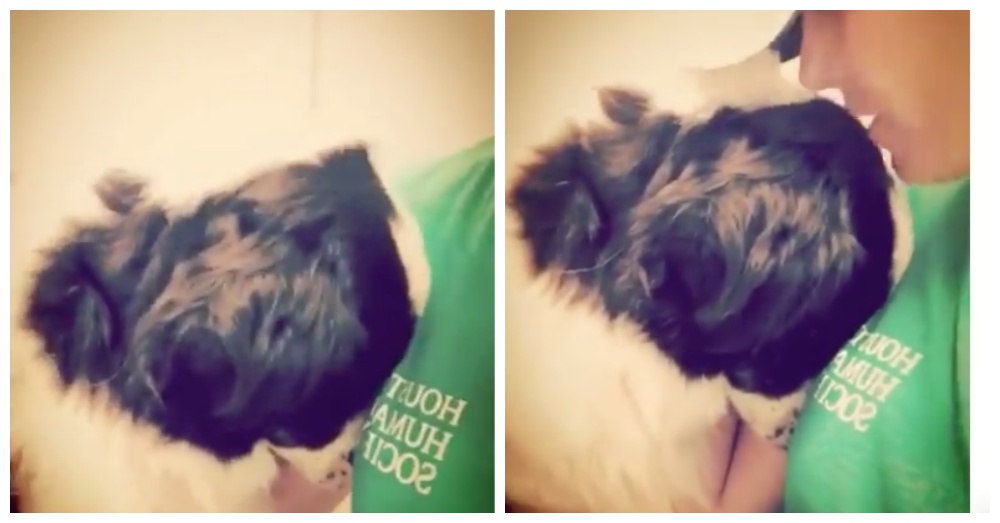 A few short hours after being at the shelter, Hunter realized he was abandoned and his owners were not returning. The volunteer found Hunter curled in the corner of his kennel, afraid to move. She sat on the floor next to him and tried to comfort him. “Ever wonder what a broken heart looks like? Well there you have it.”

He immediately buried his head into the chest of the volunteer. The heartbreaking moment was captured on video. The shelter posted the video in hopes of finding Hunter a loving home. The video went viral with 192K views. Multiple people submitted an application to adopt the sweet boy. 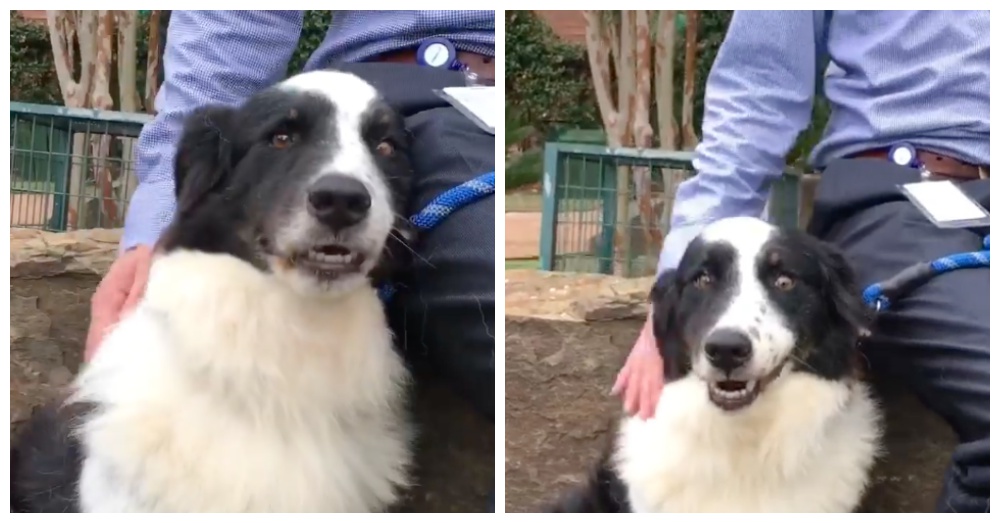 Monica Schmidt, staff member at Houston Humane Society, said, “His original family said he’s not good with young children or small dogs, although he seems more scared of them than mean. He’s definitely people-oriented, as you saw yesterday and he loves hugs and attention.” 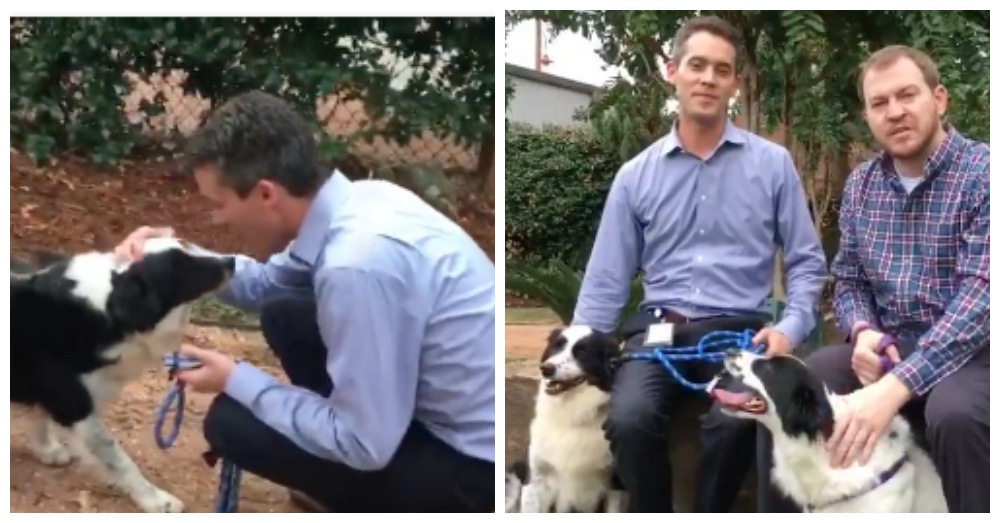 The shelter posted that Hunter has found a new loving home and he could not be happier. He has a new sister, Dolly, that is a Border Collie mix too. Thank you for adopting!

Watch the moment Hunter found comfort in a kind volunteer in the video below.