We all know border collies are supposed to be among the smartest dog breeds on Earth, and they’ve shown it to be true time and time again. All the same, they never cease to amaze us with some of the awesome tricks they are capable of learning. Especially when they come up with and execute their ideas all by themselves!

Sue is a particularly clever border collie who lives with her human, Kelly Dobbe, in the Netherlands. The pair lives on a small but well-traveled street, full of pedestrians and bicyclists out on errands or just getting a bit of fresh air. 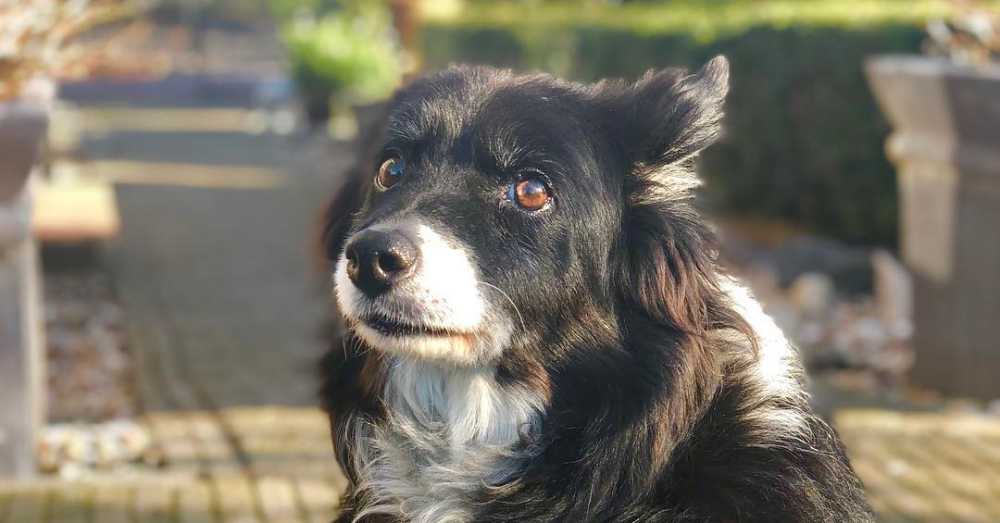 In Sue’s playful mind, of course, she sees dozens of humans every day who could participate in one of her favorite activities with her, if she could only communicate what she wants to do. Sadly, however, most walkers and cyclists pass by her fence each day without so much as batting an eyelash at her. 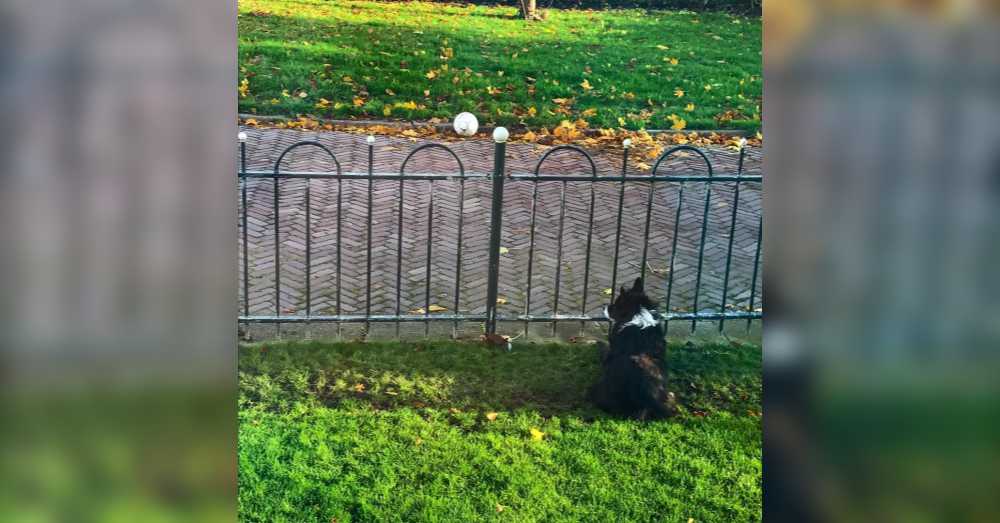 Sue’s favorite pastime, of course, is to play fetch with her favorite soccer ball. So she’s invented a new way to politely ask passersby to play with her. Or perhaps she knows she’s outright tricking them into it. Either way, she’s having a ball. 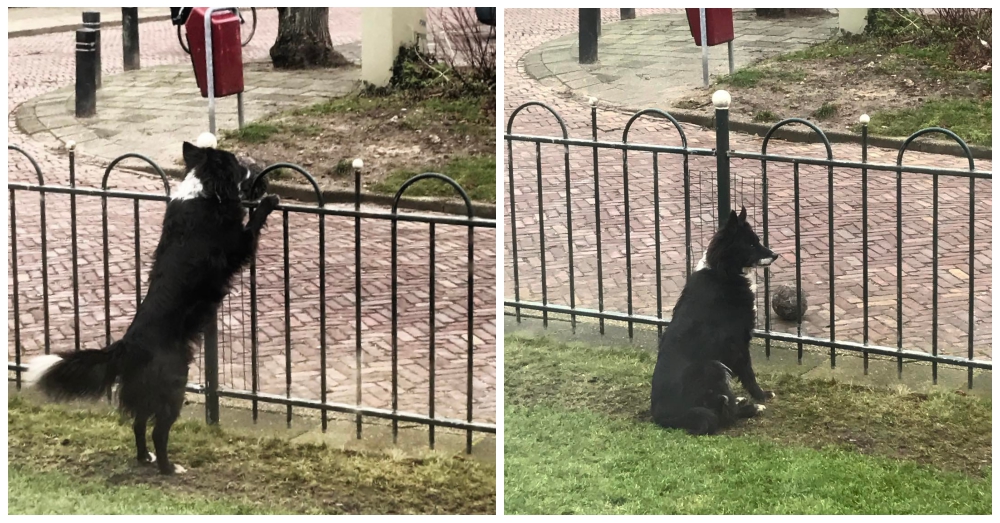 When nobody’s looking, Sue grabs her ball, stands up on her hind legs, and drops the ball over the fence into the street. Then she waits at the edge of the fence for someone to come by on foot or on a bicycle and see her there, begging for her ball back. Strangers, seeing a chance to make a dog’s day with a small act of kindness, stop to return the ball to the yard. And as soon as they turn their backs (or even before!), Sue promptly returns the ball to the wrong side of the fence to be found by the next person. Occasionally, somebody even stays long enough to throw the ball a few extra times! 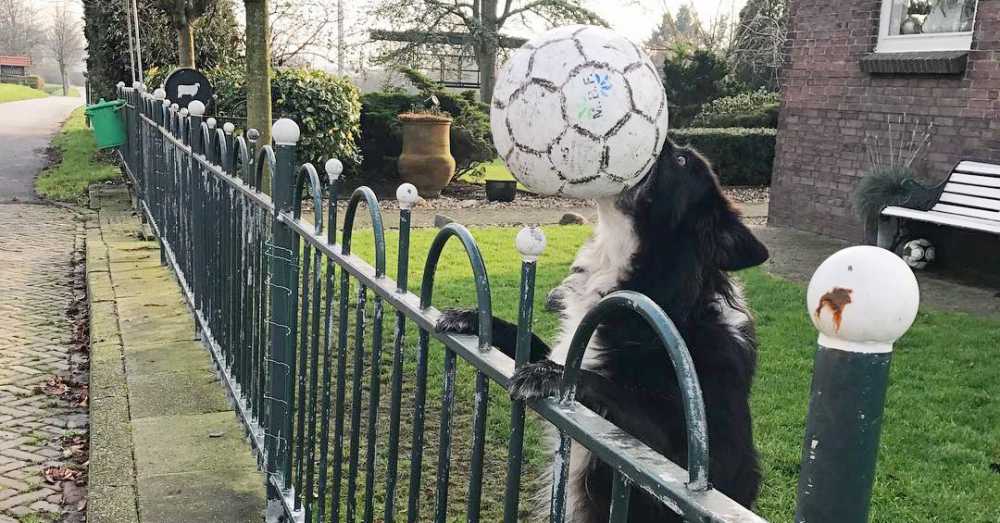 Whether these passersby realize they’re being fooled or not doesn’t seem to matter. Everybody who comes by is willing to do Sue the small favor of tossing her ball back into the yard, affording her a few minutes of enjoyment while she waits for the next unsuspecting victim…uh, visitor, rather. Even the police have stopped to throw the ball for Sue! 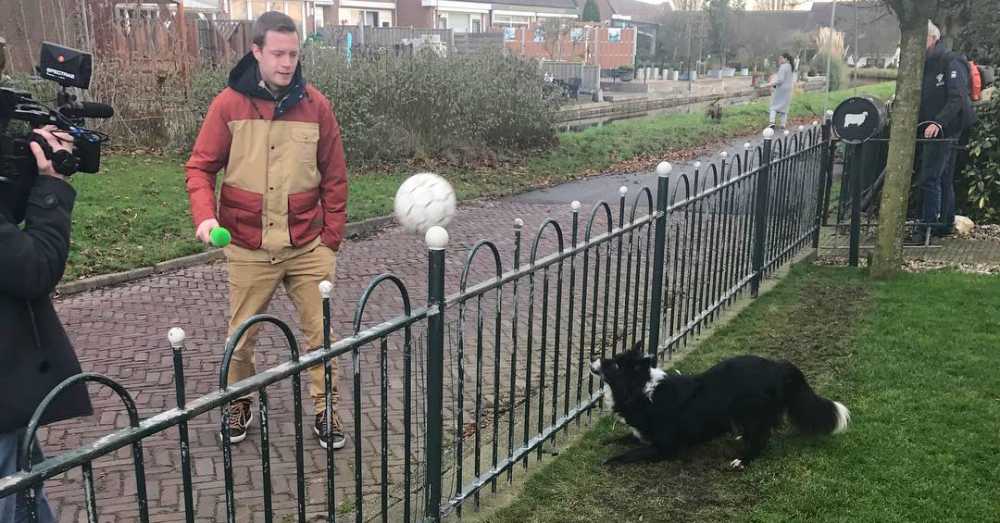 It doesn’t matter whether it’s sunny or raining outside, Sue is always in the mood for a game of fetch. And it seems the lovely people of her neighborhood are happy to oblige, no matter the weather.

Luckily for us, Kelly took the time to put together a video montage of Sue’s shenanigans so we could all partake in the hilarity! In fact, people are so touched by Sue’s story that her videos have gone viral online. You can watch videos of Sue’s antics on the Instagram page Sue.the.Dog.

Genius Border Collie Understands More Than A Thousand Words, Shows Us How Smart Dogs Can Be: Click “Next” below!