Border collie named Jake is leaving his traumatic past behind as he starts his new life with one of his rescuers.

Last November, Charlotte was hiking with her husband in the Scottish Highlands when they heard a dog crying and whimpering. They approached and found a severely injured border collie buried under a pile of rocks. 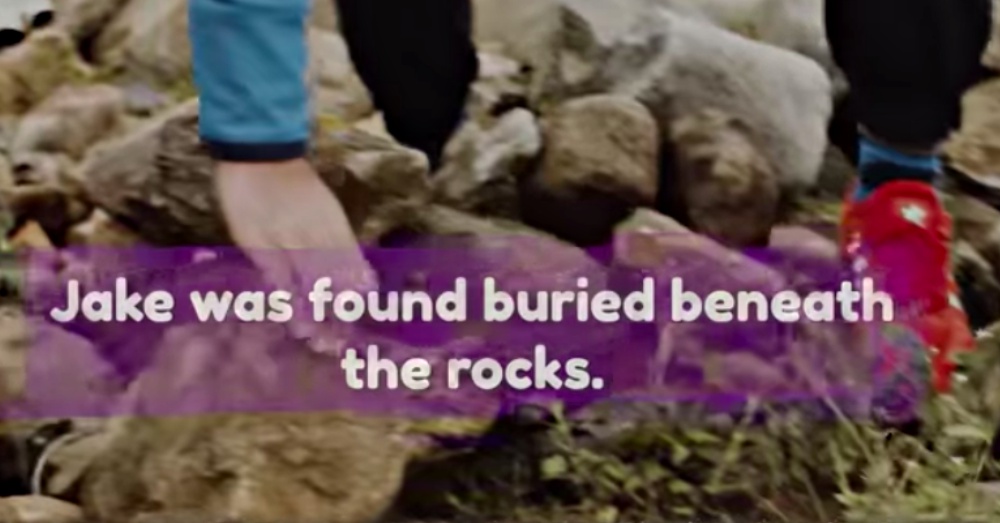 Yvonne Sloss, one of the responding inspectors for the Scottish SPCA, said she still has flashbacks of the heartbreaking moment she found Jake. 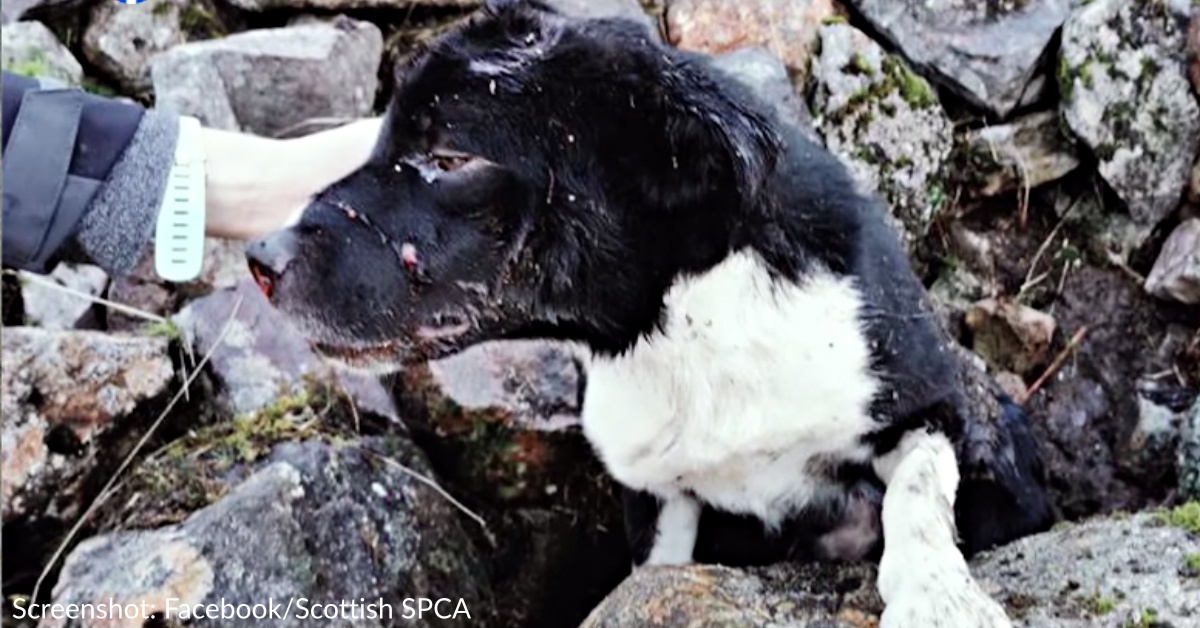 “When I saw Jake, I just felt shock, sadness and disbelief. His head was so swollen and he was in such a terrible state.”

Rescuers didn’t think the poor dog would survive the night. He arrived at Glasgow Animal clinic in a comatose state with extensive injuries.

But he defied the odds and pulled through. 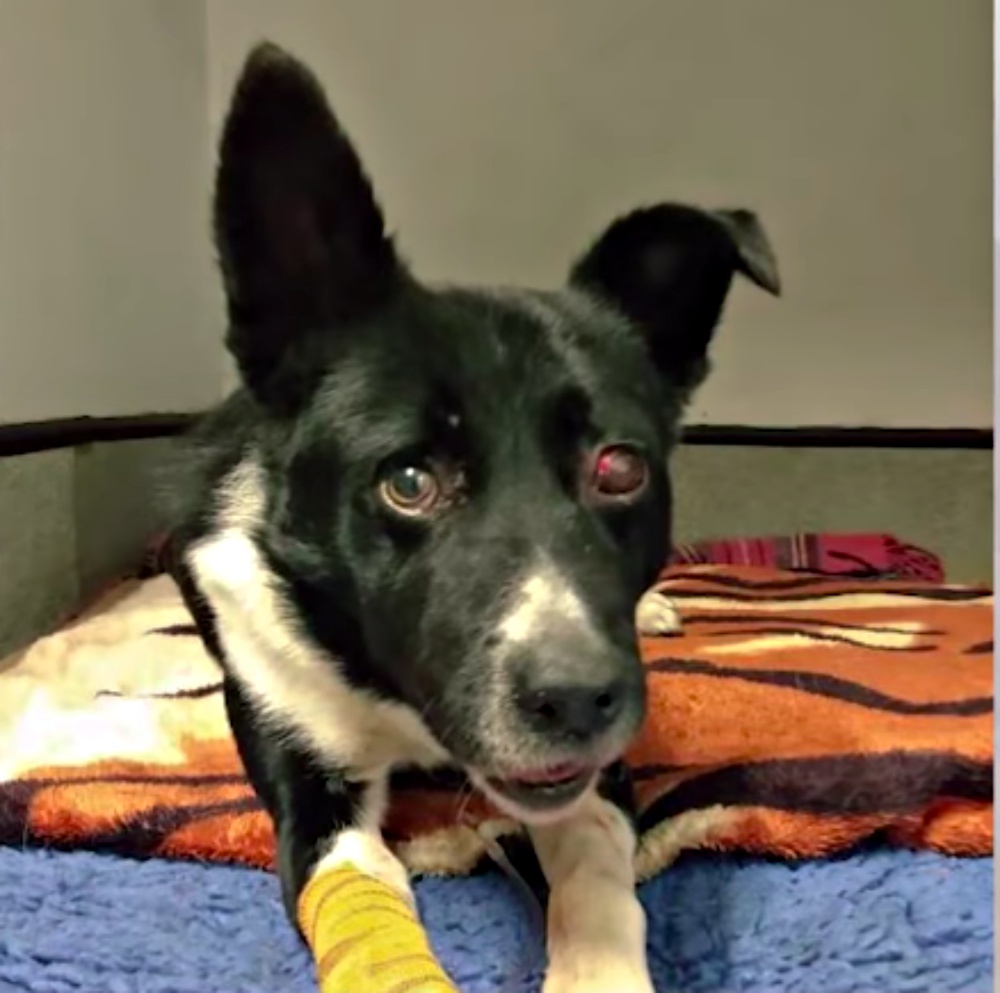 After a thorough exam, vets discovered Jake had skull fractures, a dislocated jaw, infection, and needed to have one eye removed.

The sweet boy received all the necessary surgeries and then was taken in by Mark Greener, another inspector involved in the case. 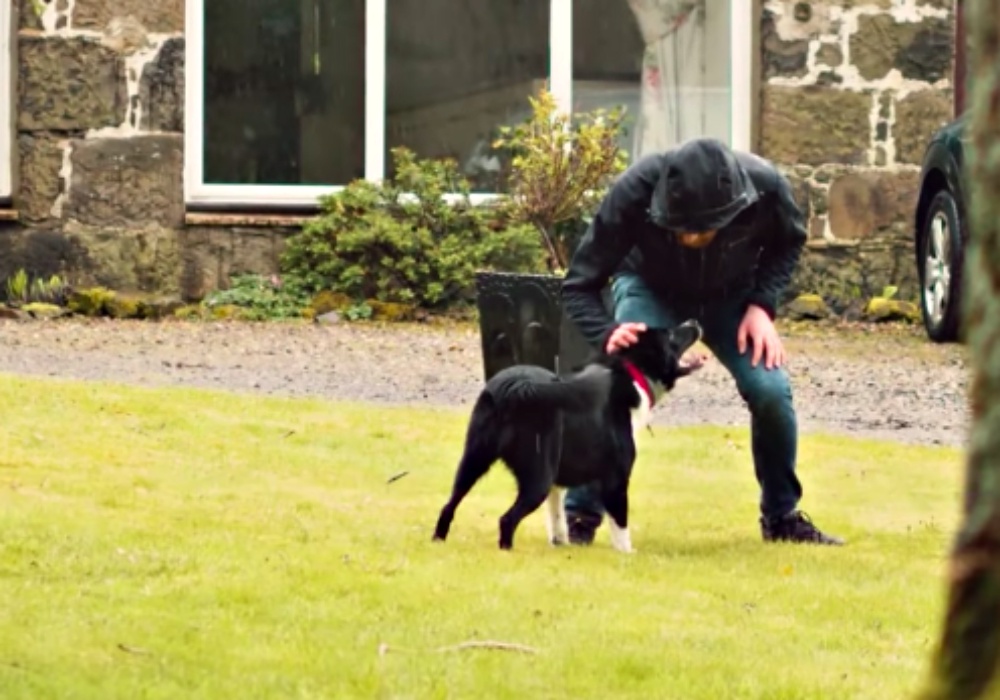 Greener said he met Jake on the first week on the job and said it was “a day I’ll never forget.” He immediately bonded with Jake and offered to foster him over the holidays. The recovering pup started to trust Greener and the two became inseparable.

Greener couldn’t imagine life without Jake, so he adopted him.

He describes his new pal as “loving, bouncy, and an incredible sook (charmer).” Jake and his new dad thank all the supporters for their part in saving his life. If Jake could speak he would say, “because of you I’m here, I’m safe, and I’m happy.”

Fans of the animal charity hope the person or people responsible for the “shocking cruelty” are found and prosecuted. One person wrote, “This is sickening! How can someone do this! 😭😭😭 There needs to be a way to find out who did this!”

Jake now spends his days going for walks and swimming, and finally has the happy ending he deserves. Watch the video below to hear Jake’s full story and to see the love between the rescued dog and his new dad.