A blind 10-year-old Staffordshire dog was found wandering alone on the street. He was taken in by Birmingham Dogs Home. No one knows how he ended up on the street or anything about his background. All they know is that he deserves a loving forever home.

The dog rescue in Wolverhampton, UK takes in strays and surrendered dogs. Their mission is, “to rescue, reunite and re-home the lost, abused and abandoned dogs from the streets of the West Midlands and South Staffordshire.” The dog was named Boomer and joined other homeless dogs at The Sunnyside Centre. 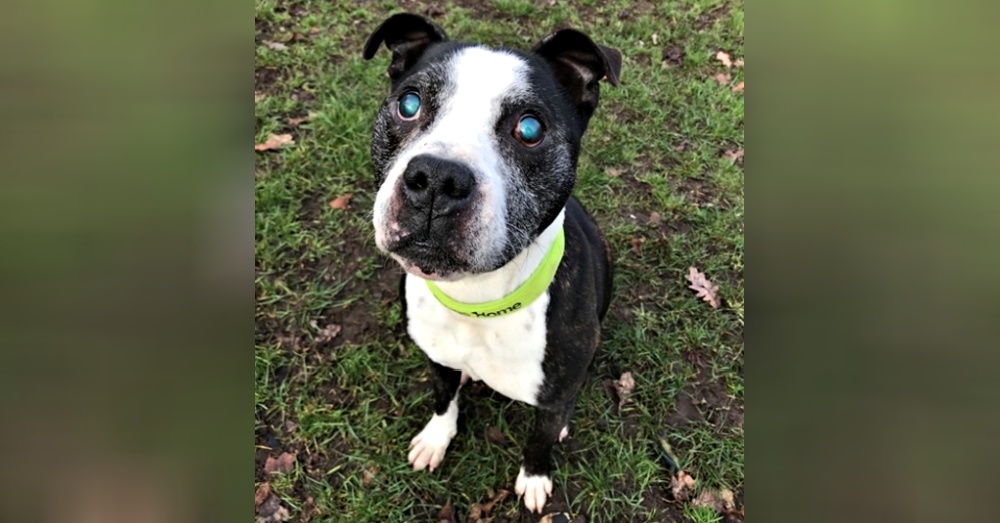 The shelter has seen an influx of stray and surrendered dogs, and is doing everything they can to find all the dogs forever homes. While Boomer waits for that special someone, he will be sleeping in a warm bed and getting regular nutritious meals. Each dog deserves to find a family that will love them and spoil them, especially senior dogs.

Boomer is blind and a senior, which means people will pass him by. However, they are missing out on an amazing dog. Even though he can no longer see, he loves to go for walks and explore with his nose. He is looking for a forever home that is quiet and filled with people that love to cuddle. 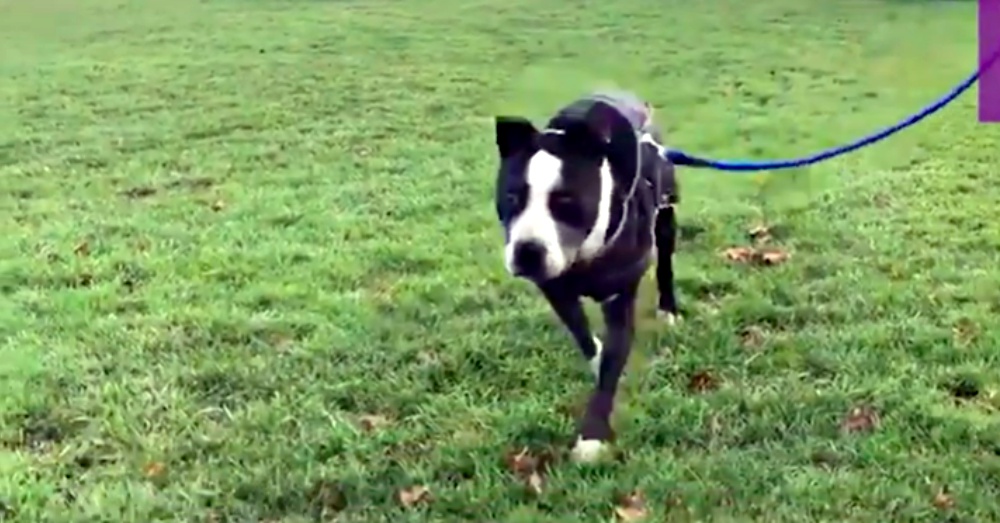 The sweet boy has a lot of love to give and just wants someone to give him a chance. The staff at the shelter describes him as, “a charming boy”. They posted a picture of the beautiful black and white dog saying, “DON’T WALK PAST OUR GOLDEN OLDIES. Meet Boomer, a 10 year old Staffie with so much love to give. Sadly he is blind which is why we are looking for a quieter home for him. He still loves his walks and enjoys nothing more than having fuss and cuddles with his carers.” 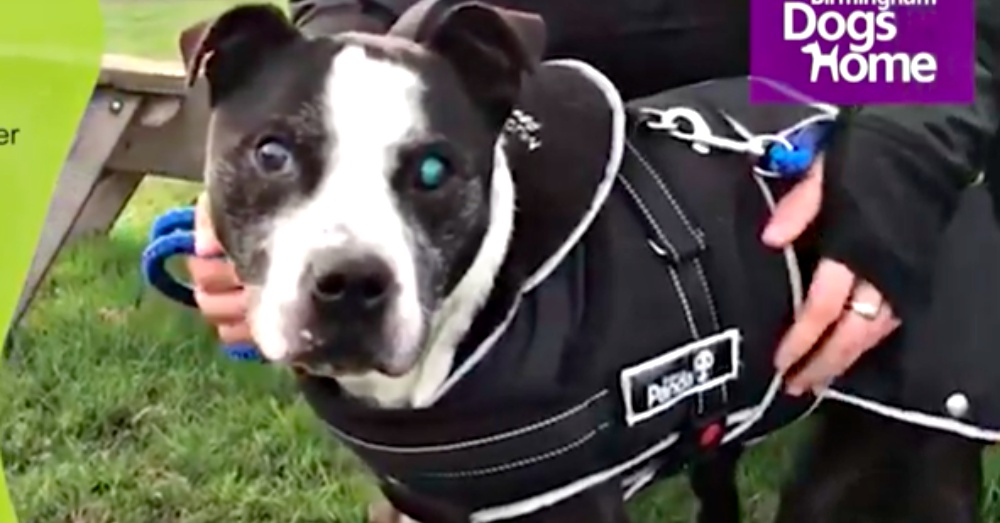 The gray on his muzzle makes him even more adorable. The rescue created a video of Boomer to show that he still has energy and would make a perfect companion. If you are interested in adopting Boomer, you can apply on their website.

Check out Boomer in the video below. Remember to adopt not shop!

Man Sends His Unwanted Cat In A Box Via Postal Service To Shelter: Click “Next” below!