What goes together better than peanut butter and jelly? Niles and Frasier.

The two bonded brothers arrived at City Dogs Cleveland, an animal shelter in Cleveland, Ohio, and it was clear the boys would need to find a home together.

The shelter wrote, “Niles and Frasier are both very good boys who are clearly meant to be together. They so obviously love each other’s company and get along great!” 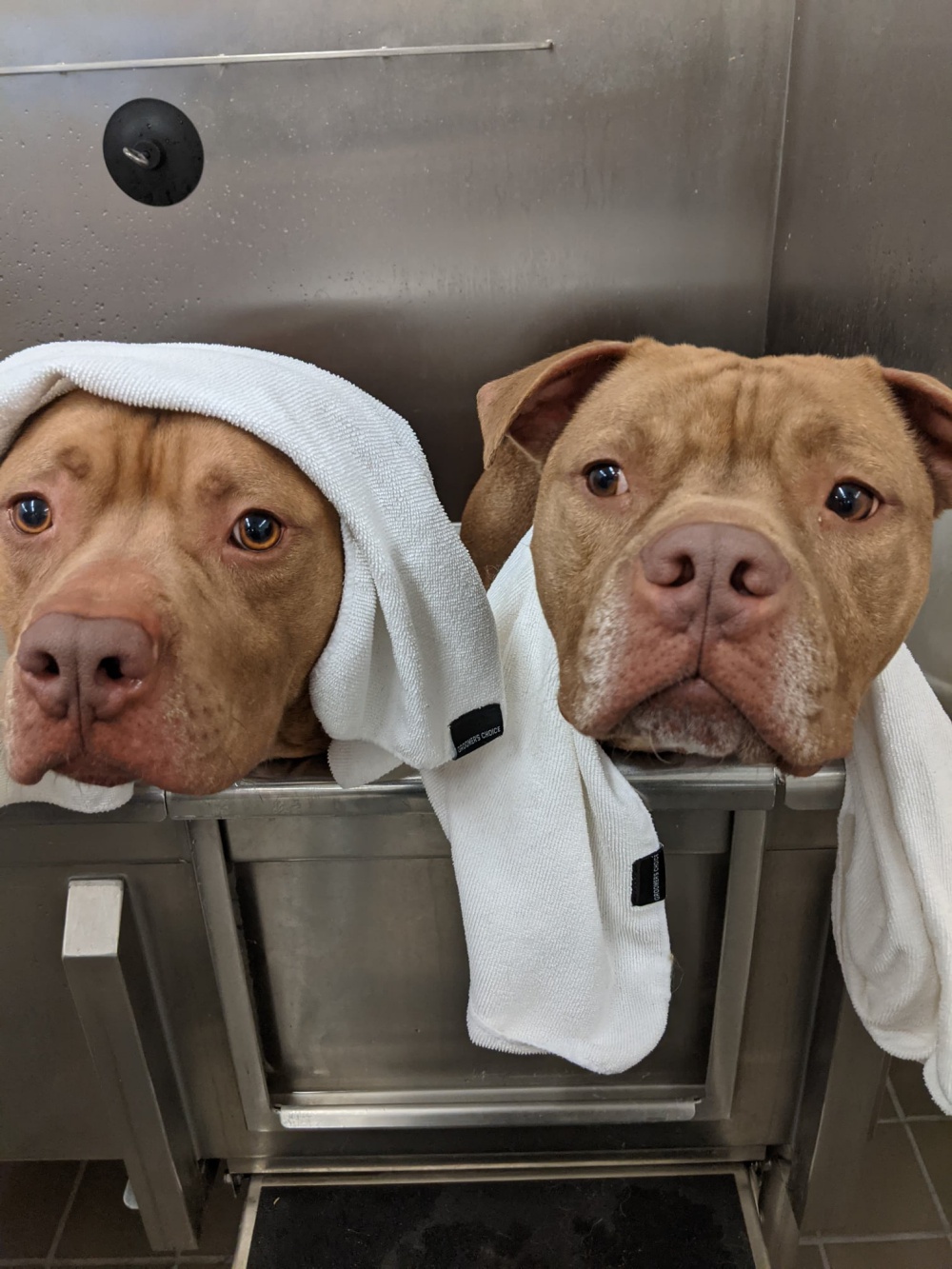 Since bonded dogs are harder to adopt, two volunteers decided to draw attention to the handsome fellas by “busting” them out of the kennel and taking them to a local hotel for a sleepover.

In true slumber party fashion, everyone wore jammies, including Niles and Frasier who wore not one but two matching jammies. The first featured french fries and the others were covered in snowflakes and a green bow. 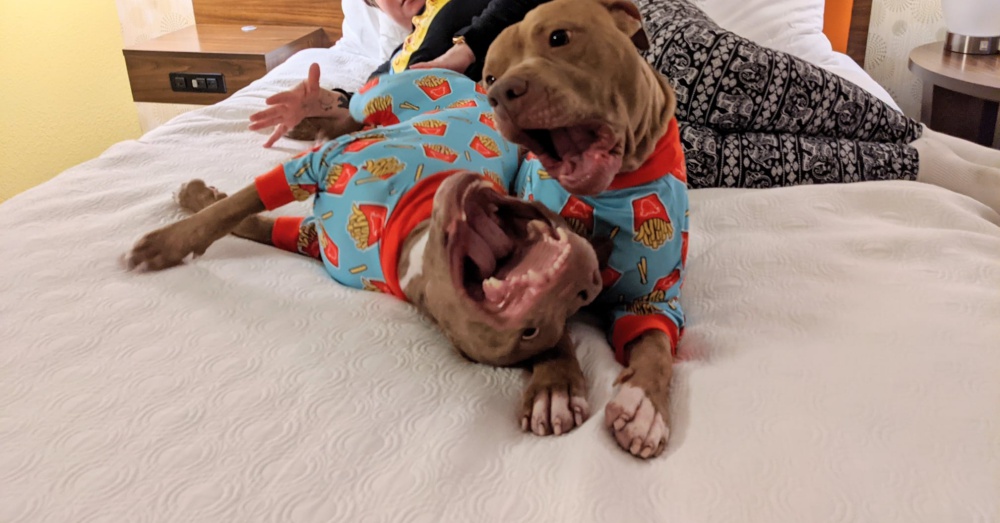 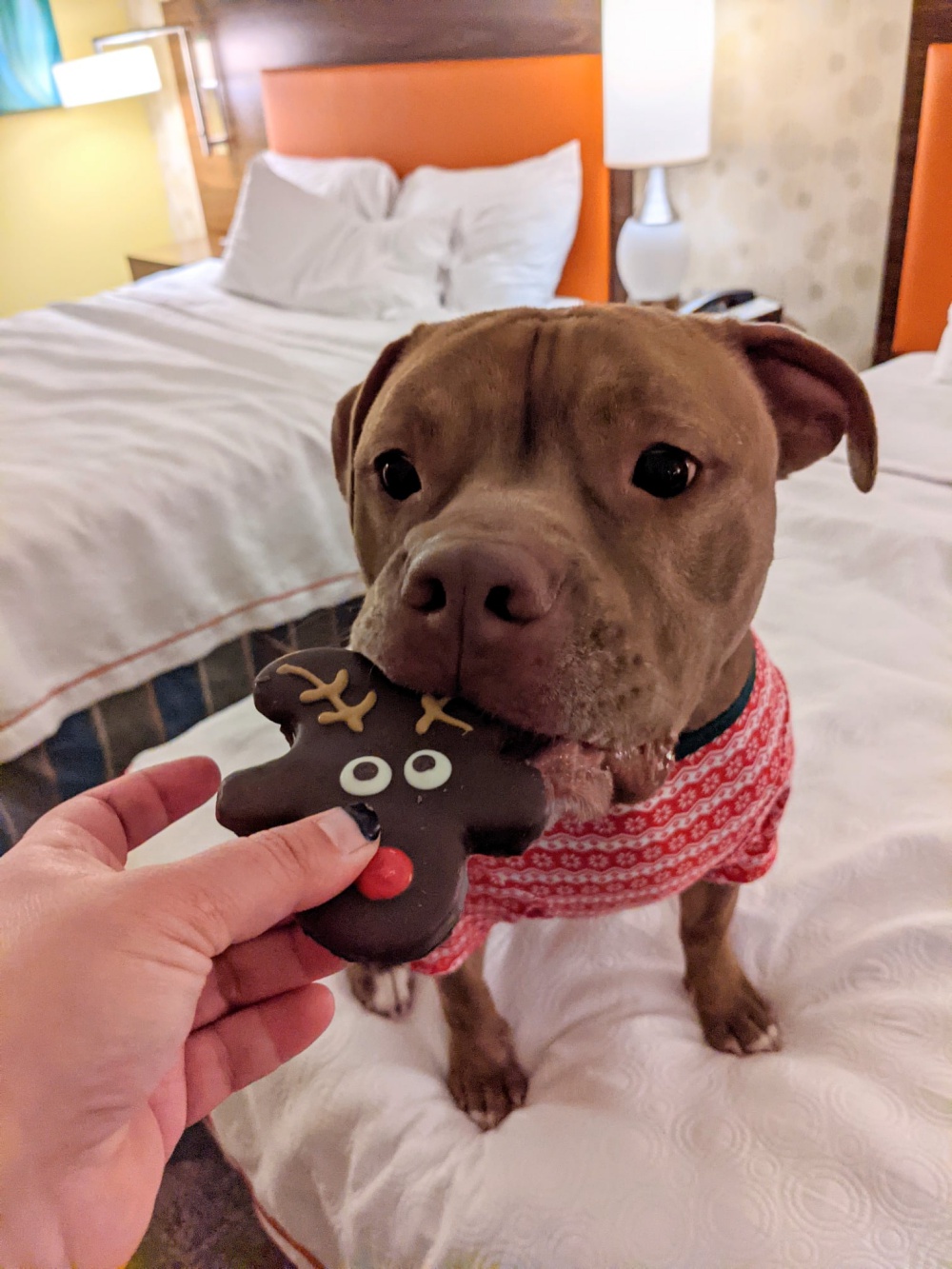 The boys enjoyed their night of freedom and spent it exploring their new surroundings, loafing on the comfy bed, and entertaining the volunteers with their silly antics.

Both dogs adjusted well to the car ride and new space. They love to make new friends and the shelter thinks, “Once they settle into the routine, it seems like the boys will be pretty good in the home. They are generally polite and easy to manage.” 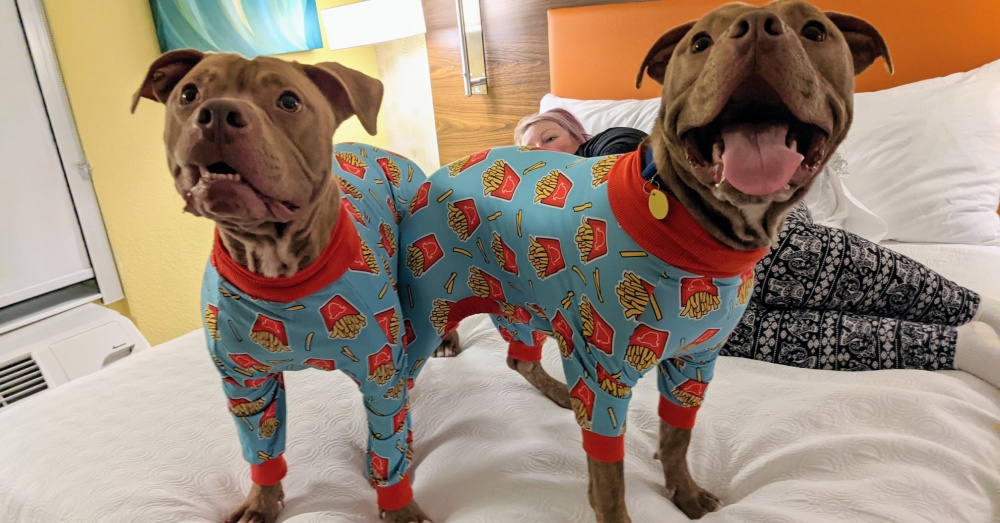 When not wrestling or playing, the boys love to cuddle and relax. The shelter states, “Their future family should be prepared to be smothered by two affectionate wrinkly potatoes!” 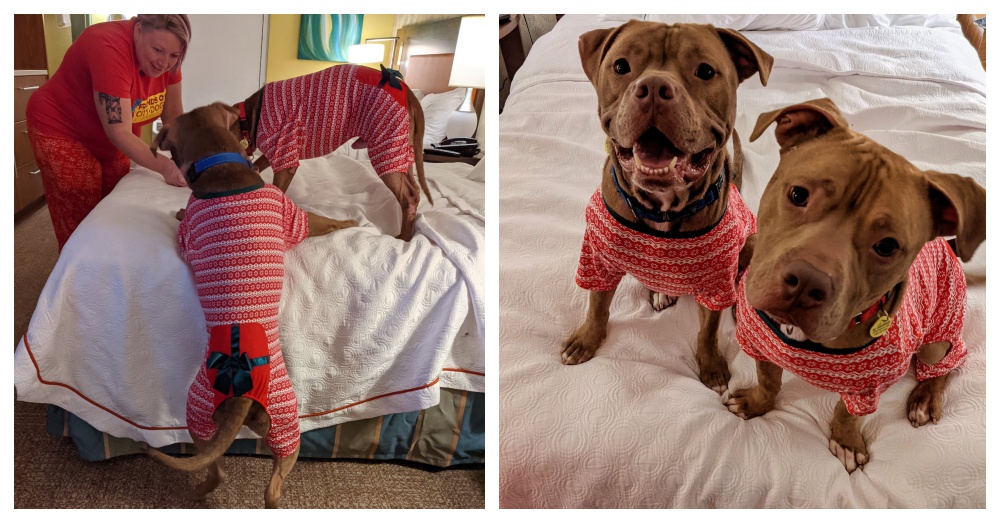 Dozens of photos were taken to document the adventure and were shared on the shelter’s Facebook page in hopes of drawing out potential adopters. The adorable photos definitely captured the attention and hearts of all their followers and will hopefully lead to a forever home for the pair.

One follower commented, “Look at those faces! who wouldn’t want to be friends with these guys? Hoping that they get a good home soon!” 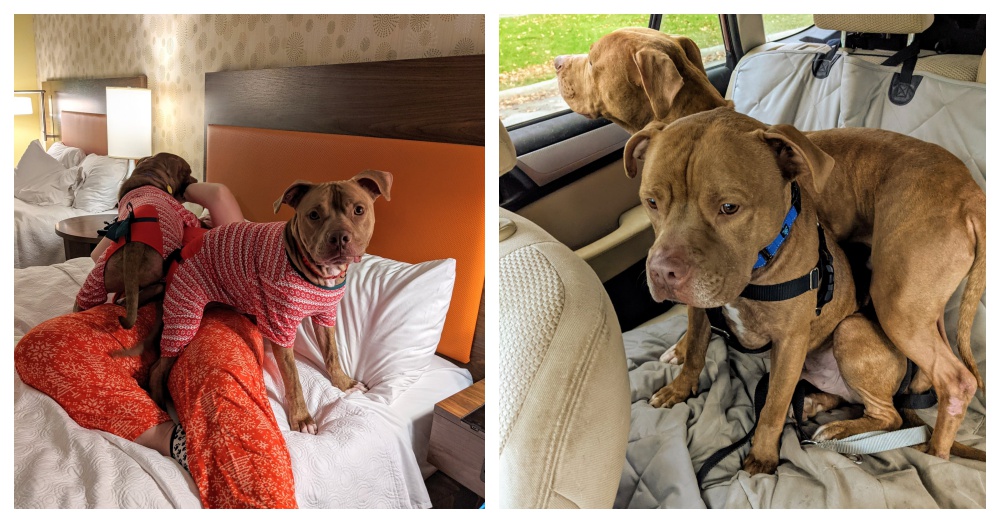 The shelter provided some more details about the duo in the post. “Niles and Frasier are two good boys patiently holding out for a home they can share together. We think they will bring a lot of love and entertainment to their forever home! The boys are estimated to be around 5 years old, and each weighs around 50 lbs.”

If you are interested in adopting Niles and Frasier you can schedule a meet-and-greet here.

47 Cats and Kittens Rescued From Hoarding Situation In Santa Cruz Are Looking For Forever Homes: Click “Next” below!