Magawa cuts a distinguished figure as he adjusts his PDSA gold medal for life-saving bravery and devotion, though he likely enjoys scouring his handler’s palm for treats even more. The 7-year-old rat may not realize he’s the first of his species in the 77-year history of the the UK’s leading veterinary charity.

According to Unilad, the pouched rat earned the reward by sniffing out 39 landmines and 28 unexploded munitions in Cambodia, clearing more than 1.5 million square feet of land, more than the equivalent of 26 football fields. 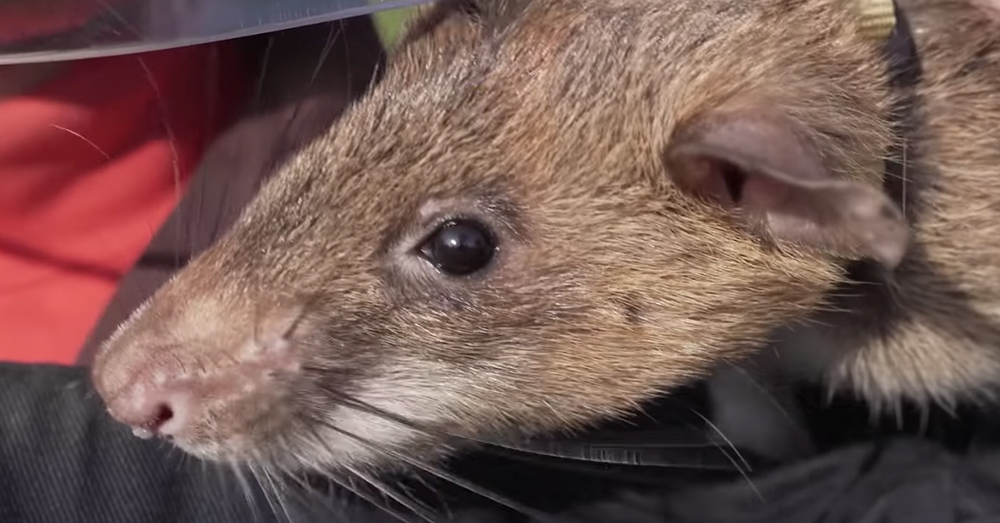 Source: YouTube/PDSA
Magawa is a pouched rat, and a hero.

As many as six million landmines were laid in Cambodia between 1975 and 1998, said Jan McLoughlin, PDSA director general. Many of those are still active, and since the late 90s have cause at least 64,000 casualties and 25,000 amputees.

It takes Magawa about 2 hours to search an entire acre, though he only works for about half an hour a day on a cordoned off area the size of a tennis court. The same task would take a human bomb disposal unit several days. And, because Magawa is so small, he can scurry anywhere his nose leads, without setting anything off. 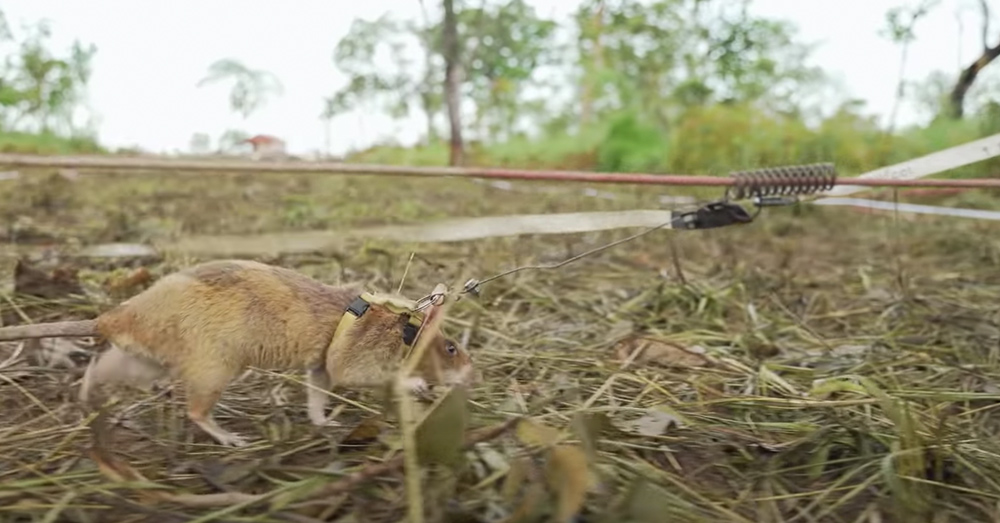 Source: YouTube/PDSA
Magawa can search an acre for landmines in about two hours, but he only works for 30 minutes a day.

Magawa was trained to detect explosives by animal nonprofit APOPO–and he was trained well. Magawa is now APOPO’s most successful “Hero Rat” in history.

“The work of Magawa and APOPO is truly unique and outstanding,” McLoughlin said. “Magawa’s work directly saves and changes the lives of men, women and children who are impacted by these landmines. Every discovery he makes reduces the risk of injury or death for local people.” 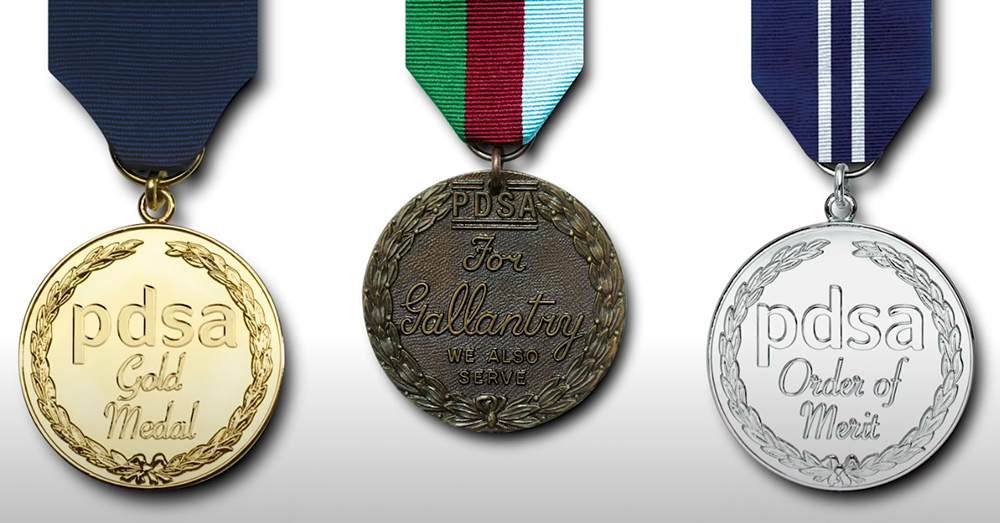 Source: YouTube/PDSA
The PSDA medal is the animal equivalent of the George Cross in the UK.

Magawa’s honor is a reflection of the effective training program at APOPO, which made this Hero Rat so effective at his job.

“To receive this medal is really an honor for us,” said Christophe Cox, chief executive of APOPO. “Especially for our animal trainers who are waking up every day, very early, to train those animals in the morning. But also it is big for the people in Cambodia, and all the people around the world who are suffering from landmines. The PDSA Gold Medal award brings the problem of landmines to global attention.” 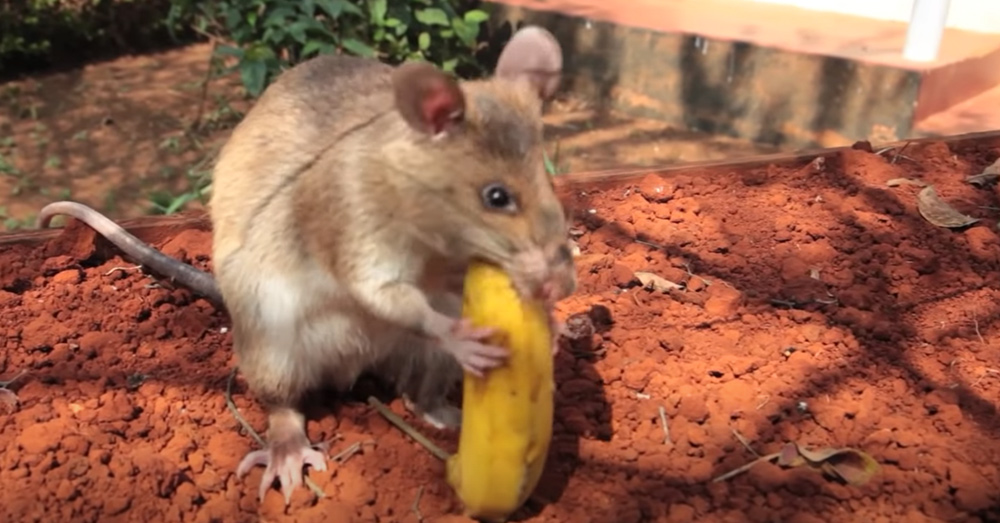 Animals like Magawa are proving invaluable in clearing dangerous explosives from the land after war is over. Their sensitive noses are adept at detecting certain chemical compounds found in explosive devices, and they are highly motivated by food, making for an inexpensive effort that saves countless lives in the process.

“The PDSA Animal Awards program seeks to raise the status of animals in society and honor the incredible contribution they make to our lives. Magawa’s dedication, skill and bravery are an extraordinary example of this and deserve the highest possible recognition. We are thrilled to award him the PDSA Gold Medal.” 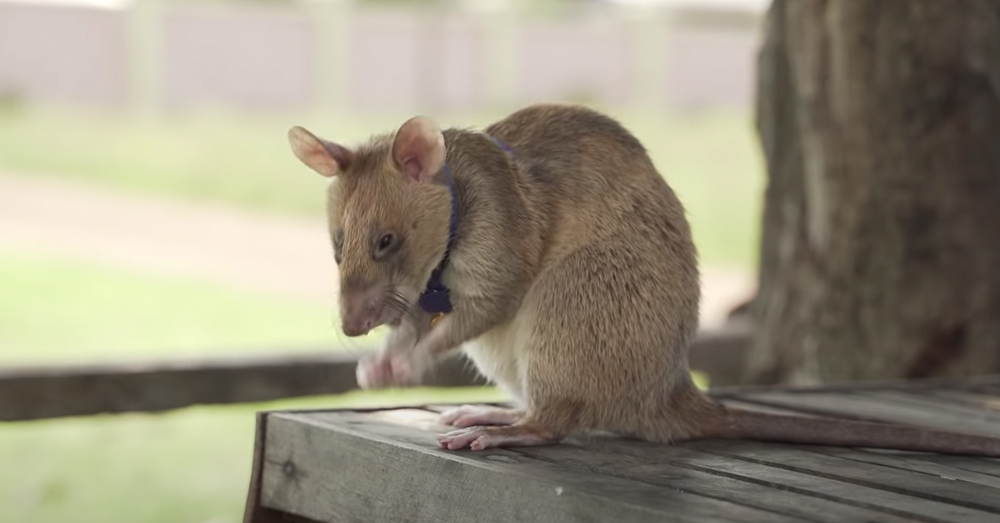 Source: YouTube/PDSA
This rat is a real hero!