Bomb-Sniffing Dogs Sent From U.S. Are Overworked, Left To Starve And Die In Middle East

A year-long federal investigation has uncovered evidence of bomb-sniffing dogs suffering from negligence and mistreatment.

At least 10 dogs sent from the Unites States to Jordan died between 2008 and 2016 after being kept in “unhealthy conditions,” CNN reports. The dogs were forced to work without rest, kept in unsanitary kennels, and were rarely fed.

Images from the investigation show the emaciated dogs covered in sores and fleas, while their handlers only occasionally threw food on the floor. 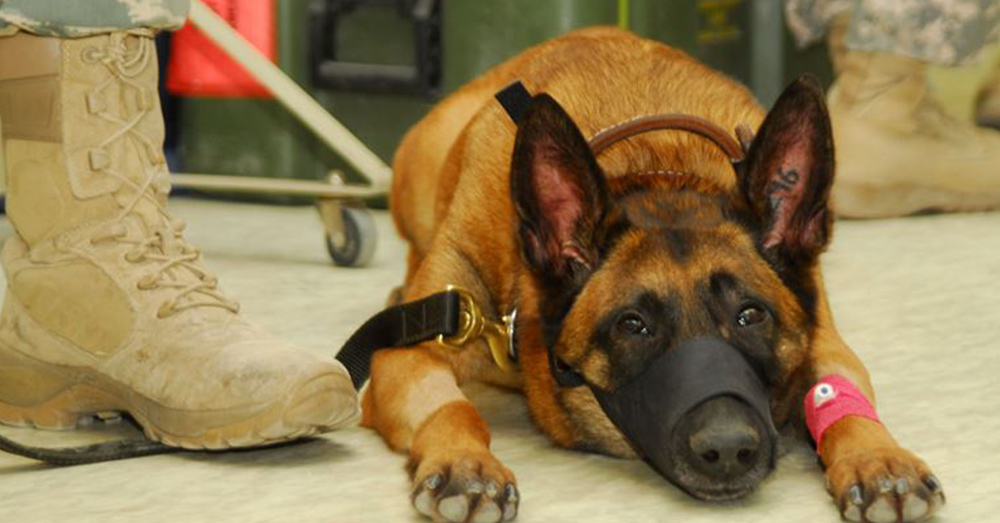 “These allegations also included reports that dogs were dying due to various medical conditions, lack of veterinary care, and poor working conditions,” according to the report. “As a result, OIG initiated this evaluation to determine whether the Department effectively managed the health and welfare of dogs in the Explosive Detection Canine Program (EDCP).”

These dogs were sent to the Middle East though the Explosive Detection Canine Program, part of the U.S. military’s anti-terrorism efforts. 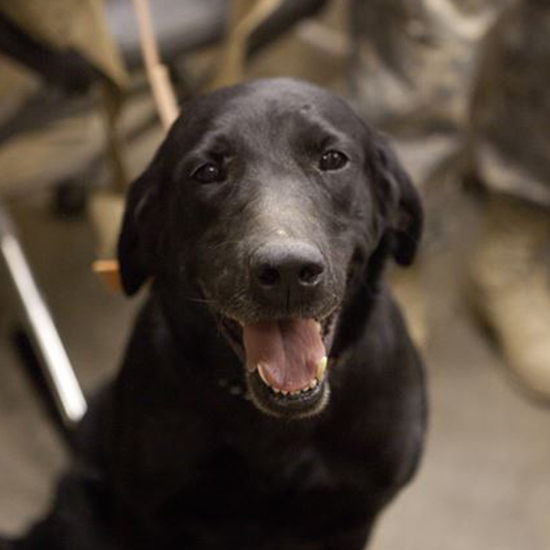 Source: U.S. Marines
Complaints about the state of the dogs’ health were filed as early as 2016.

“Through the EDCP, the Department has provided specially trained dogs to foreign partner nations for over 20 years,” the intelligence report states. “Once a country is chosen for inclusion in this aspect of the anti-terrorism program, DS or its representatives perform a country canine assessment that includes a site visit and evaluation of the partner nation’s abilities to operate a canine program.”

This program has been in operation for more than 20 years, seeing bomb-sniffing dogs sent overseas to partner nations in order to assist them in fighting terrorist cells. But, despite spending millions of dollars in training and travel costs, the State Department took no responsibility to ensure the health and welfare of these animals, the report asserts. The federal government 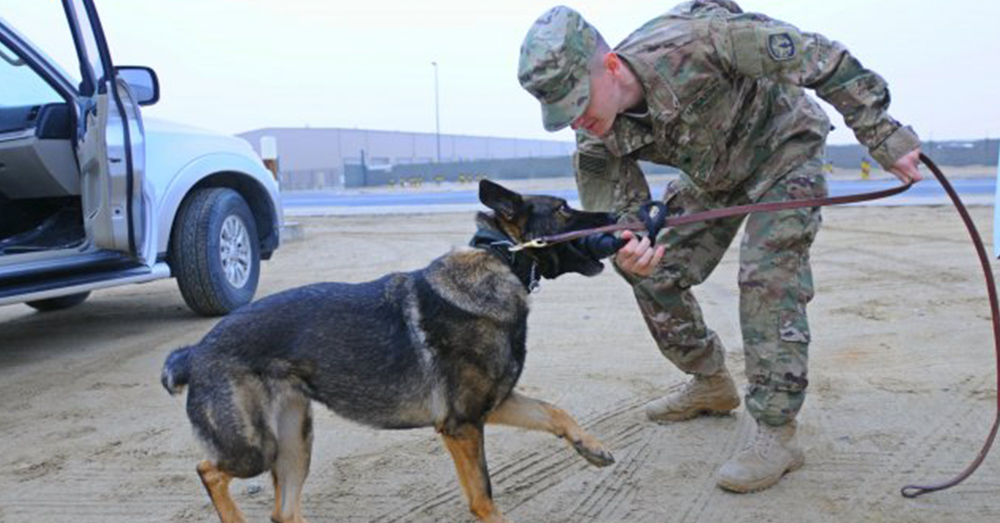 Source: U.S. Army
Millions of dollars were spent on training bomb-sniffing dogs for partner countries and shipping them overseas.

US canine training staff questioned the health and safety of the dogs as early as 2016 after a visit to Jordan during which they found weak and demoralized animals suffering from high death rates, lack of medical care, and insufficient facilities. After complaints were filed in 2016, the State Department more dogs were sent overseas, this time accompanied by full-time mentors. But the mentors were seemingly blind to the negligence in the dog handling facilities.

Given the State Department’s failure to provide any guidelines for the care of the dogs to partner countries, or require the facilities they are sent to meet certain standards, the government was left with little more than anecdotal evidence to back up the success of its initiative.

And many of those stories are tragic. 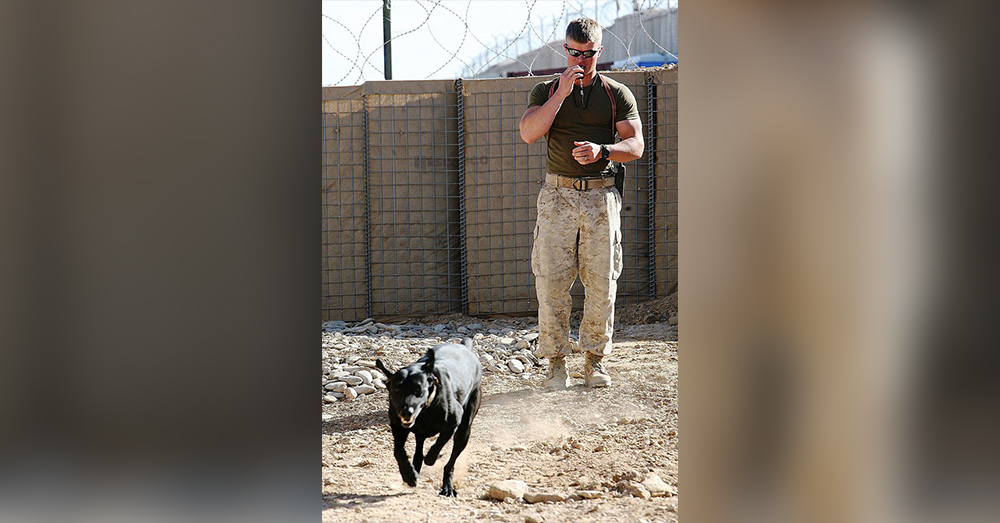 Source: Wikimedia Commons
The State Department has no intention of refraining from sending dogs overseas.

According to CNN, the first dog reported dead was Zoe, a 2-year-old Belgian Malinois sent to Jordan to help detect explosive devices. She died of a preventable case of heat stroke in 2017. A year later. 2-year-old Athena was sent back to the states, emaciated and in pain. The photos that accompanied her back home showed the unsanitary state of her lodgings in Jordan.

“Dirt and feces all over her kennel floor, and an empty water bowl,” CNN reports. 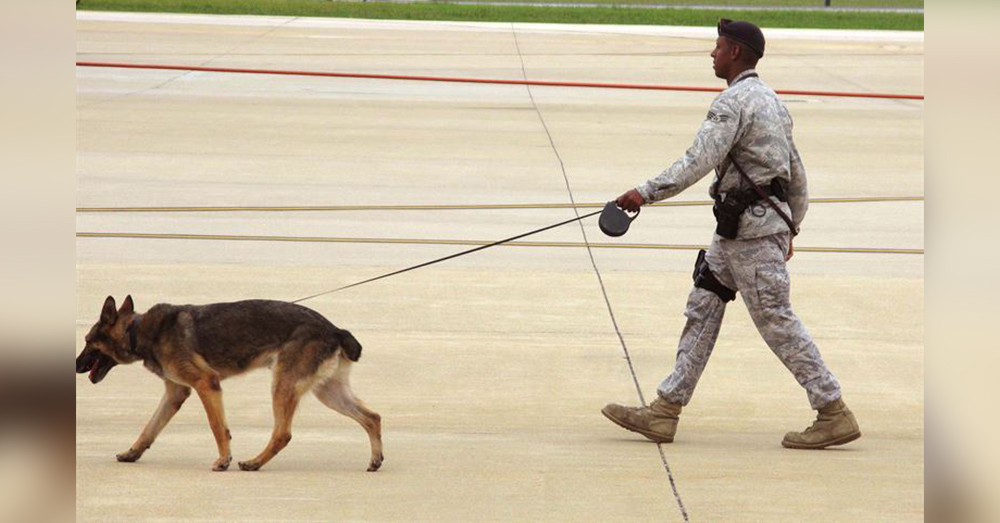 The investigative report recommends five areas the State Department should tend to, lest more dogs be sent to the same fate as Zoe and Athena:

The State Department agreed to the first four recommendations, but declined to stop sending dogs to Jordan.

Veteran Attempts To Make A Downpayment On His Boarded Dogs, Then Tears Up When He Realizes Someone Else Has Covered The Bill: Click “Next” below!