Many cats like to be left alone, are very independent, fastidious, and dislike water. But Bolt and Keel aren’t your typical cats; in fact, they are quite the opposite.

These two kitty brothers from Vancouver Island, Canada, have become an internet sensation for their beautiful pictures of their adventures in the great outdoors. 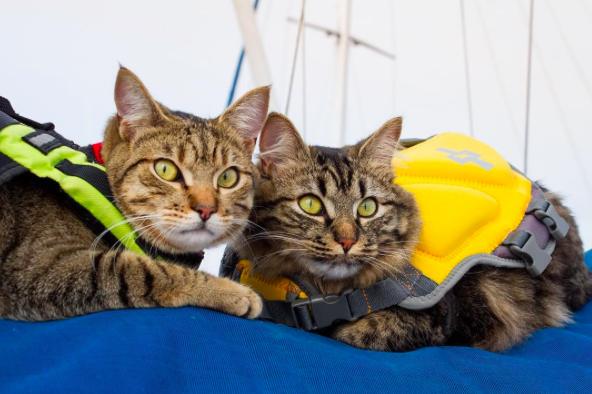 Friends Danielle Gumbley and Kayleen VanderRee, the cats owners, found the kittens in bushes behind a garbage bin at a park. They looked like they had been abandoned, and no one claimed them, so they adopted them as their own. They brought them to the vet to get checked out, and were believed to be just four weeks old. 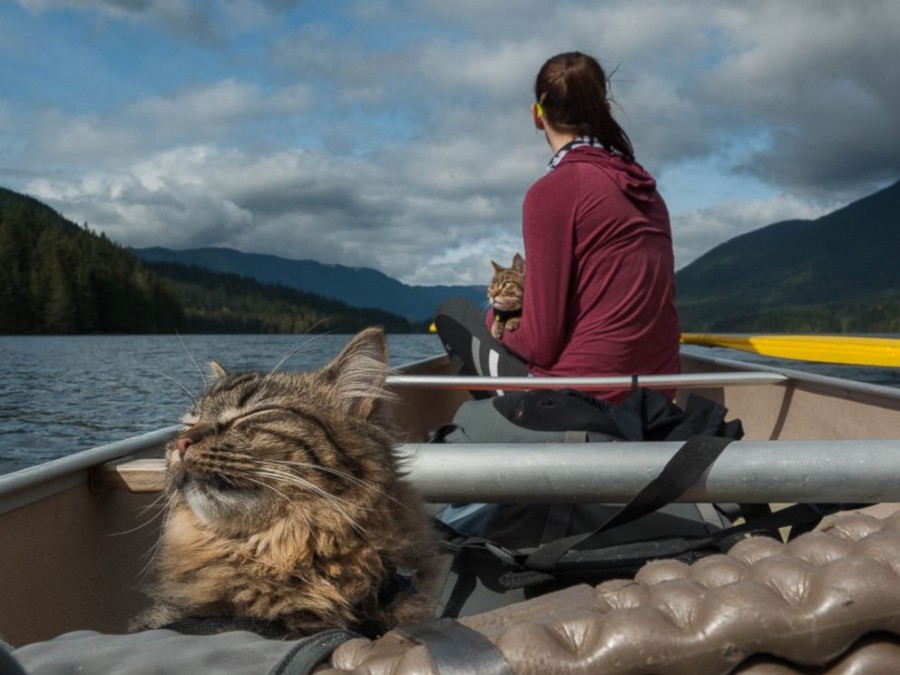 The day after finding the kittens, they took them on their first hike. They drove to a camp site and kayaked out on the water. The cats loved it! Bolt, the fluffier of the two cats, prefers to be carried on hikes, snuggled, and out on the water. Keel, on the other hand, is not as much of a cuddler as his brother, and loves to walk on his own on hikes. 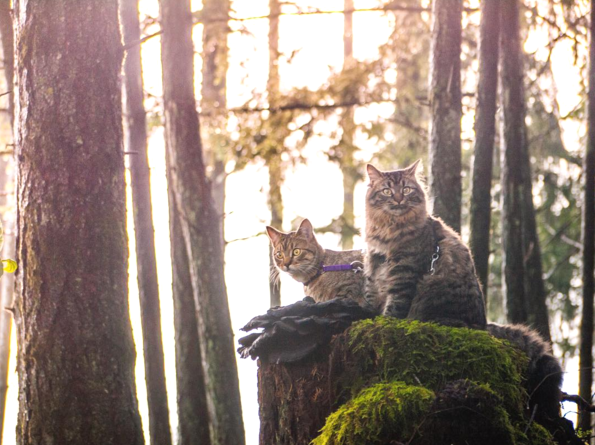 Watch these two adorable cats in the video below as they trek through snow, hike through the woods, and ride in kayaks. You can also follow their adventures on their Instagram!

They even have a book coming out titled Bolt and Keel: The Wild Adventures Of Two Rescued Cats. The book invites readers to join the cats (and their humans) on a striking photographic journey through British Columbia’s beautiful forests, mountains, and rivers. Click here to preorder your copy.