This Baby May Not Have Human Siblings, But He Is In Good Hands and Paws

Kasey Boggs welcomed another member to the Boggs family, except this time, it’s a human.

We wrote before about Kasey’s miraculous family, which includes four dogs, two ducks, and a cat. Kasey began adopting animals when she was 19 years old. All of the animals adopted by Kasey were from terrible situations such as puppy mills, high-kill shelters, and some were out starving on the streets.

During the holidays, Kasey and her husband Blake welcomed in a baby boy named Sonny. 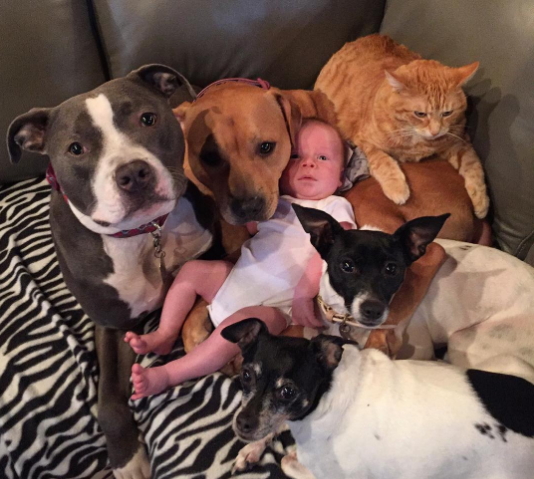 Kasey told the Huffington Post that the animal pack was more than happy to add another member to the family. “From the minute we have brought Sonny home, they have respected him and loved him as one of their own,” she said. “They understand how gentle they have to be and their affection is the epitome of what every child should grow up surrounded with.”

Like any big brother or sister would react, the animal pack wanted to know what was going on. “The blanket [they brought home before Sonny’s Arrival] seemed to answer a lot of questions they had. When we brought Sonny home, I felt like they were expecting him. I felt like they knew we wouldn’t be coming home alone,” she added.

If you ask me, the first meeting seemed to go pretty well. 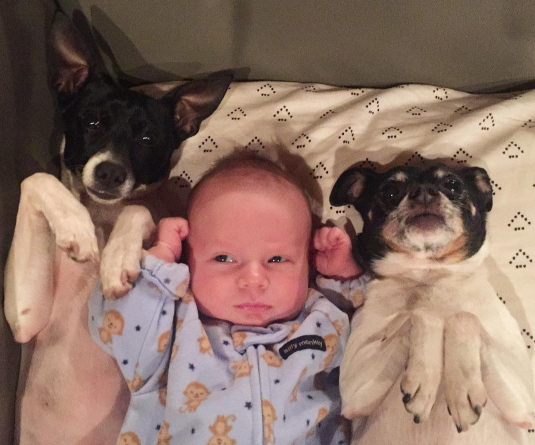