Dog Runs After His Human’s Funeral Procession For 2 Miles, Then Won’t Leave Her Gravesite

A dog’s loyalty is, in my opinion, their greatest attribute. Their joy when we walk through the door at the end of the day (or after five minutes at the mailbox) proves that their loyalty is boundless. Our dogs don’t care if our hair looks bad, or if we don’t drive the nicest car. They don’t care if we fall short on things, even at times affecting them. Their LOVE never wavers. A dog IS (hu)man’s best friend.

In a village in Malaysia, an elderly woman passed away. Of course her family was there to grieve and attend the funeral. But what happened on the way to the cemetery will BLOW YOUR MIND! Her dog, Bobby, followed his human’s funeral procession on foot for over two miles. He just ran, knowing exactly where he wanted to be. 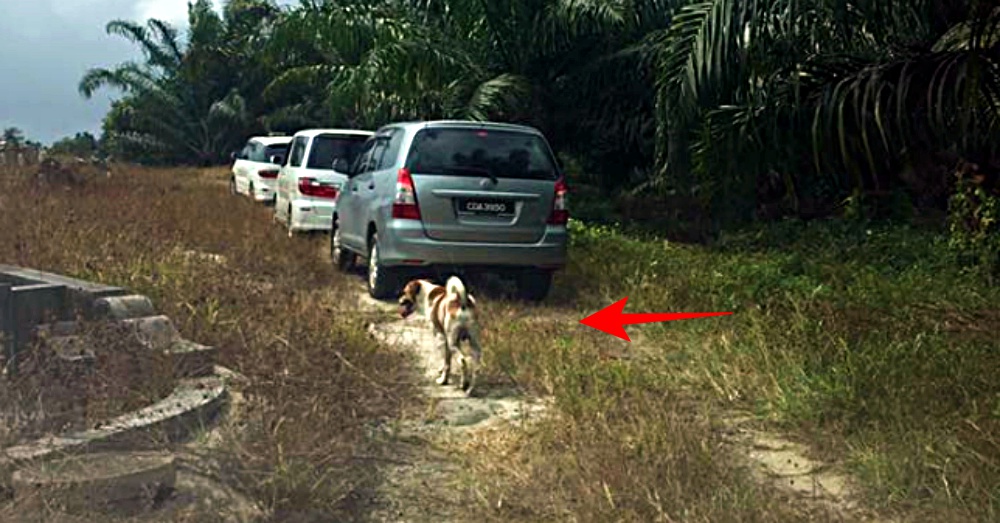 The elderly woman’s great-grandson Leong Khai Wai recorded Bobby as he ran. Bobby needed no help to get to where he needed to be. “I don’t think anyone knew he was following,” Leong told The Dodo.

Bobby ran behind that motorcade until he got to the spot where his human was to be buried, laid on the mound of dirt beside the gravesite and would NOT budge. 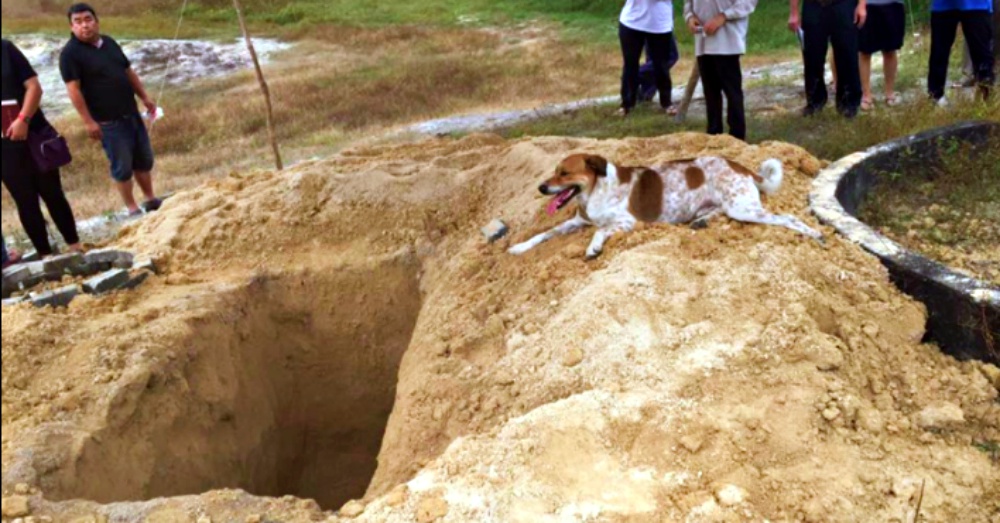 It took a lot of coaxing for him to eventually leave and go home with his human’s family, who are now caring for him. They report that Bobby is doing okay, in spite of everything. He is still grieving but he is getting through it, one day at a time. 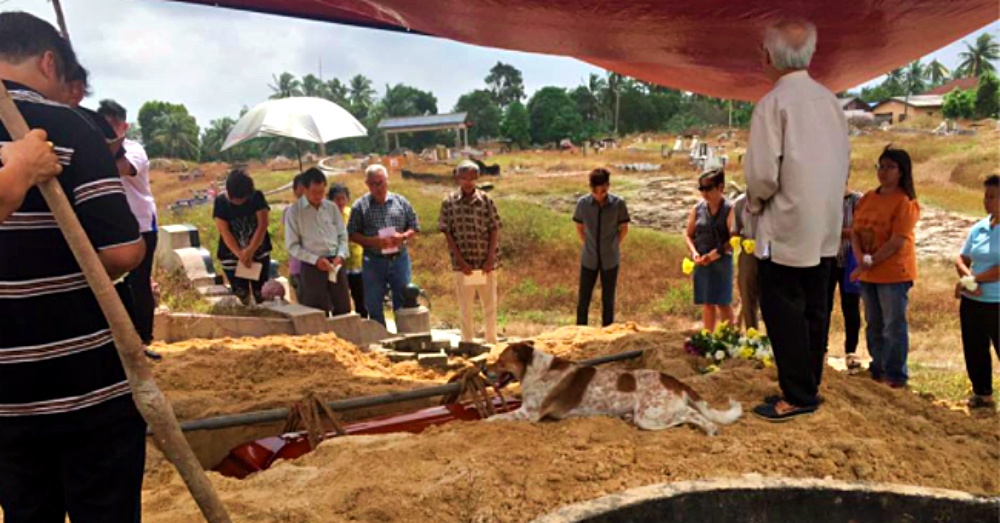