We definitely love our cats. They’re incredibly sweet animals with a lot of spunk and personality to them. The best part about cats is their playfulness. However, sometimes playing with a cat isn’t as straight forward as one would think. How many of us have sat for a while, waving a feather toy on a string in front of our cat who just sits there, giving us that unimpressed, almost offended look? Undoubtedly, this will often lead us to start rooting through the toy box, looking for something to entertain our cat. Fake mice, rubber balls, and other little feathered toys all just seem to be met with a look of derision as we toss them towards our cat, hoping that they’ll play with something. But no luck. So, what do you in an instance like that when your feline is clearly not vibing what you’re throwing at them?

Well, there is now a solution to boring playtime in the form of the Cheerble three-in-one board game – something that looks like it’ll keep your cat entertained for hours on end. Currently being crowdfunded on Kickstarter, the Cheerble’s board game was designed with the intent to keep even the most anxious or ansty cats stimulated for hours. The first portion of the gat game includes an electronic Cheerble ball that rolls around on its own, activated by your cat’s touches – no requirement for a remote control. And the best part? you can adjust the ball’s speed to match the mood that your cat is in! 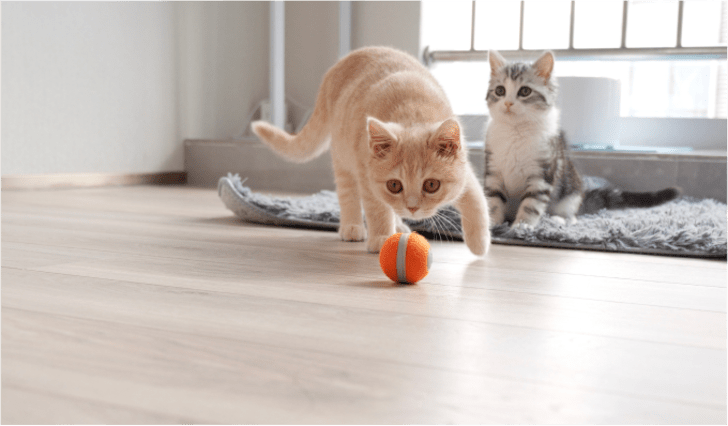 The Cheerble balls are supposed to be paired with the Cheerble game board – a game that is made up of a box with loads of room for the balls to roll around. The board comes fitted with a platform that has plenty of holes large enough for your cat’s paws to fit through. And, should your cat begin to get tired of chasing balls then the board has you covered with even more fun activities, like a built-in scratching pad, as well as a fluffy wand toy for them to bat around. Of course, there is the ability to tailor the board to your cat’s desires, as a more simplified version only has the scathing pad without the wand toy or holey maze.

Since launching its Kickstarter campaign, Cheerble has raised over $128,000 – successfully surpassing its initial $6,416 goal. For only $32 you can get a Cheerable ball, and for $58, you can get the entire kitty board game. And once your pledge is made, you can expect an estimated July 2020 shipping date. 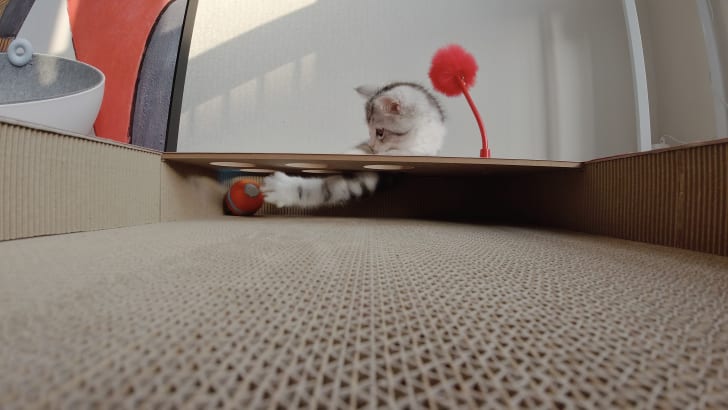 So, is this something you’ll be buying for your little angel muffin? Let us know!