Dog Distraught After Family Leaves Him At High-Kill Shelter, But Then New Best Friend Adopts Him

A Pit bull named Blue had the unthinkable to happen to him: his family left him behind.

Blue lived with a family in California for about a year, but when the family moved, they decided to not take Blue with them. 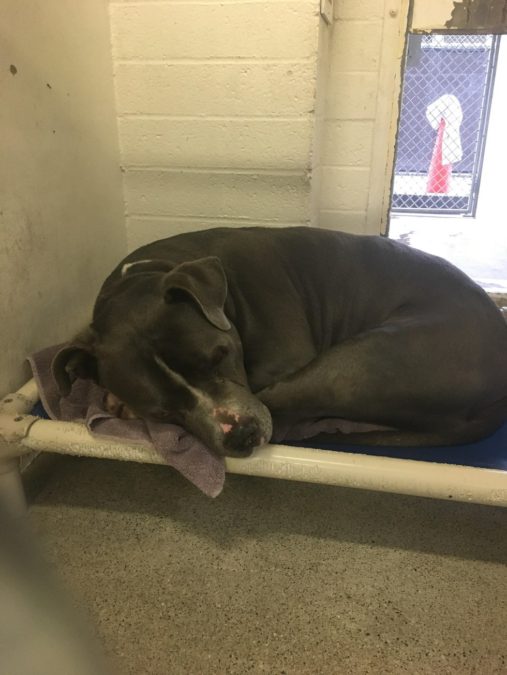 Blue was surrendered to Carlson Shelter in California, a shelter known as a high-kill facility.

He was so emotional he did what anyone else would have done: break down in tears. The volunteers tried to offer him a treat or even just to smile, but he was so overwhelmed with the emotion of what was going on, all he could do was cry. Some say the photographs show tears dripping from potential allergies, but I think we all know how tears ended up on this beautiful Pitbull’s face. 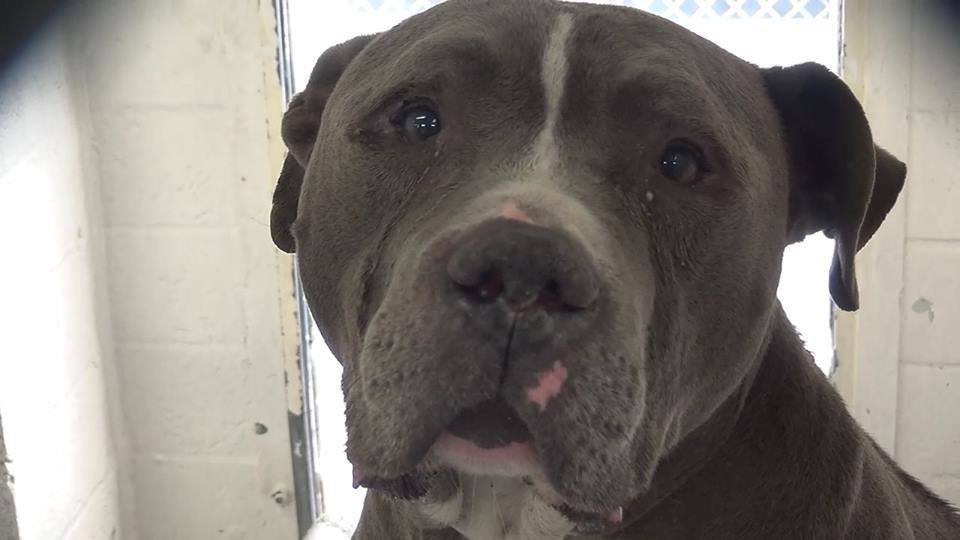 Thankfully, volunteers from Saving Carson Shelter Dogs decided to help him by posting the video on the bottom of the article across Social media. The video was created and succeeded to gain attention in hopes that someone would take Blue home and give him a forever home!

You can see from the video that these great people were just trying to lend a hand. All Blue was looking for was help and a friend to spend the rest of his life with. 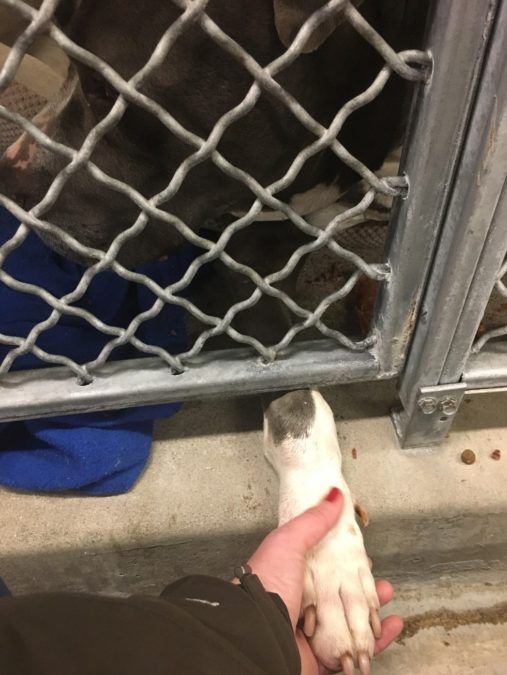 Blue ended up being best friends with Jennifer McKay. Jennifer visited not once, not twice, but three times, and took him home on the third time!

“He looked very sad and depressed,” McKay told The Dodo. “You could tell that every time someone walked by, it was like he was looking for them [the owners],” she said. “It’s like he knew he had been left there.” However when McKay visited a third time, Blue perked up and went straight to his future owner! 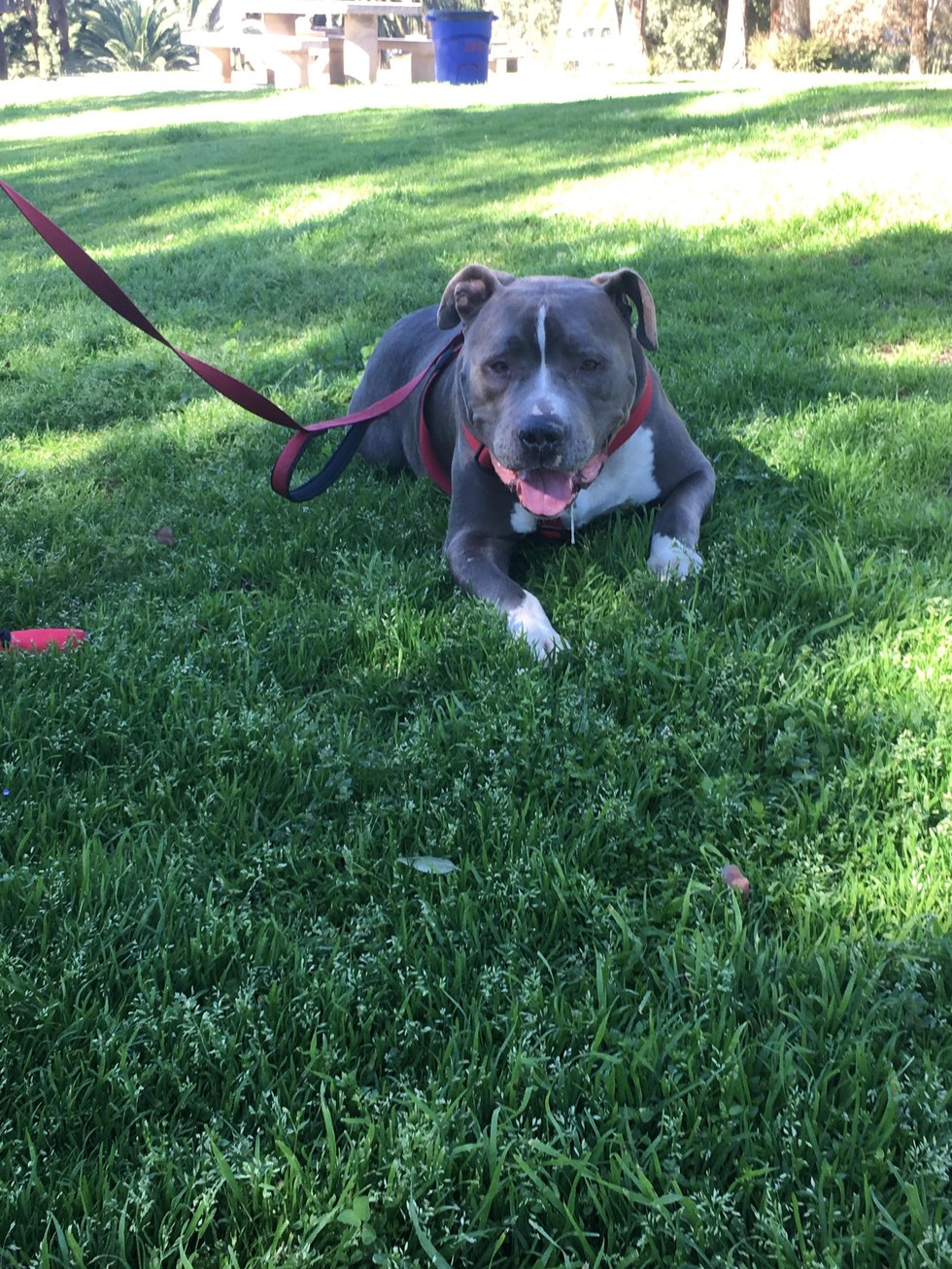 Ever since Blue has been out of the kennel and into a home, he has been a brand new dog. As soon as Blue got to his new home, he received a bath and was taken for a walk, and made himself right at home sleeping on the living room couch. When he’s not sleeping or riding in the car with the windows down, his favorite thing is looking at himself in the mirror. 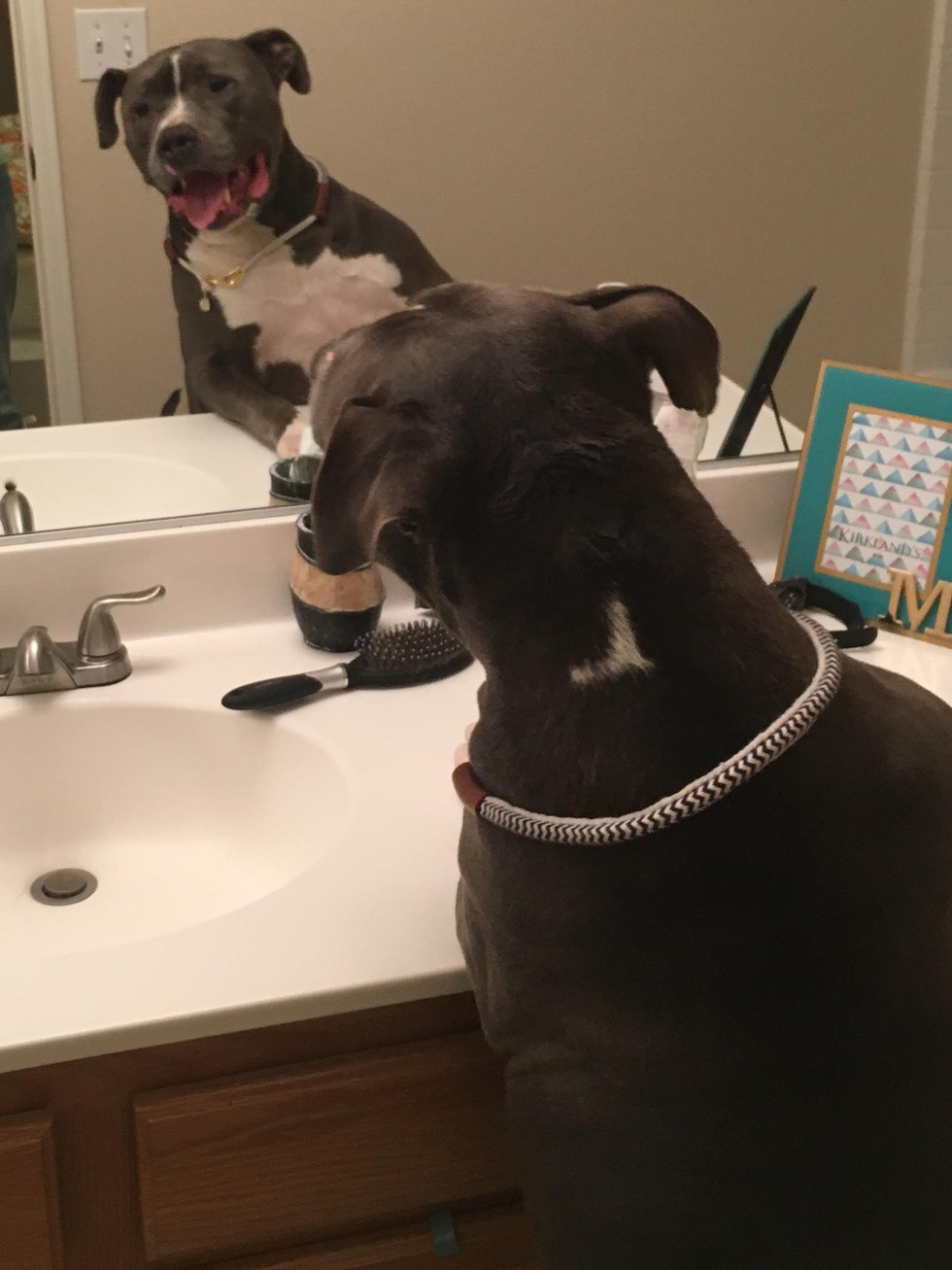 Blue can now move ahead with his life, knowing he is in good hands.

Thank you to the millions of volunteers across the world who help animals in need, like Blue, find a forever home!

10 Year Old Jojo Was Dumped At A Kill Shelter: Click “Next” below!