Sammie Was Clinging To Life After Being Shot and Spray Painted; A Heartwrenching Moment Helped Him Through

Cases of animal cruelty are always hard to stomach, but when individuals choose to intentionally torture and scar animals, the images can be painful to look at.

If only the perpetrators knew how the animals felt.

Still, police are called on horrific cases of animal abuse every day. In New York, one recent case found 4-month-old Sammie, a small Boxer, barely alive after being dragged around by a car, shot with a .22 caliber rifle, and spray painted blue. 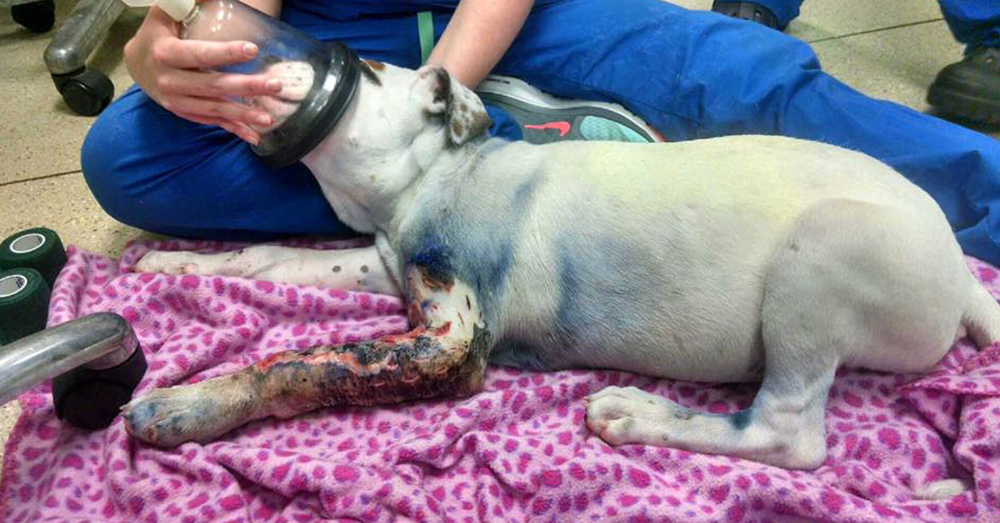 Source: Facebook/Rescue Dogs Rock NYC
Sammie was brought to the shelter in dire need of help.

Sammie was left for dead until authorities found him and brought him to a shelter in South Carolina. There, his wounds were patched up, and his story began to take a turn for the better.

A 1-year-old collie named Simon, missing swathes of fur and recovering from an abusive past of his own, found Sammie on an operating table and reached out to her in the most loving way.

Simon placed his paw on Sammie’s, the Dodo reports, seemingly offering comfort to his canine friend on a day between medical procedures. 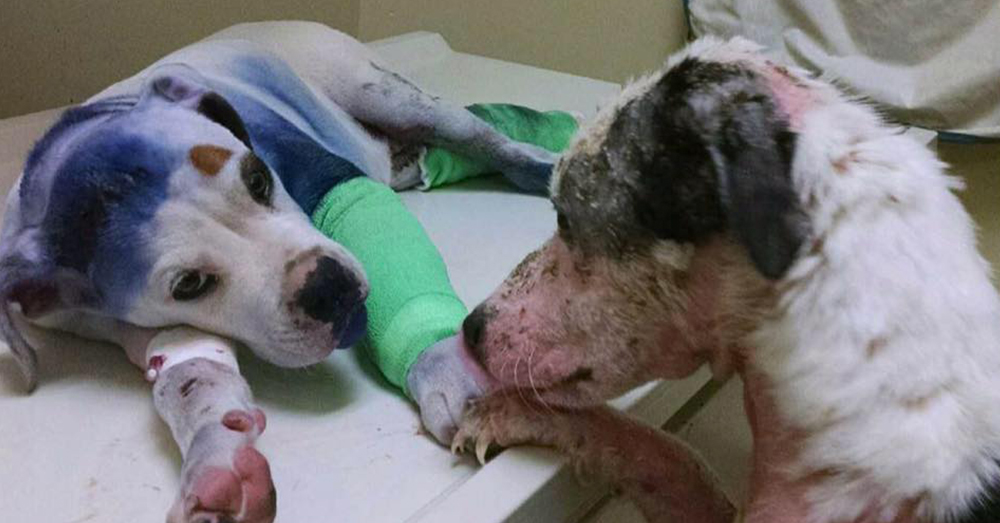 “The compassion and understanding between animals is beyond me,” said Jackie O’Sullivan, cofounder of Rescue Dogs Rock NYC, an animal rescue organization with vet partners along the East Coast, including South Carolina.

There was some initial worry that Sammie would lose his leg. But not only is Sammie alive and well today, a testament to all who’ve helped him on his journey, he’s fully recovered, with all four legs intact! 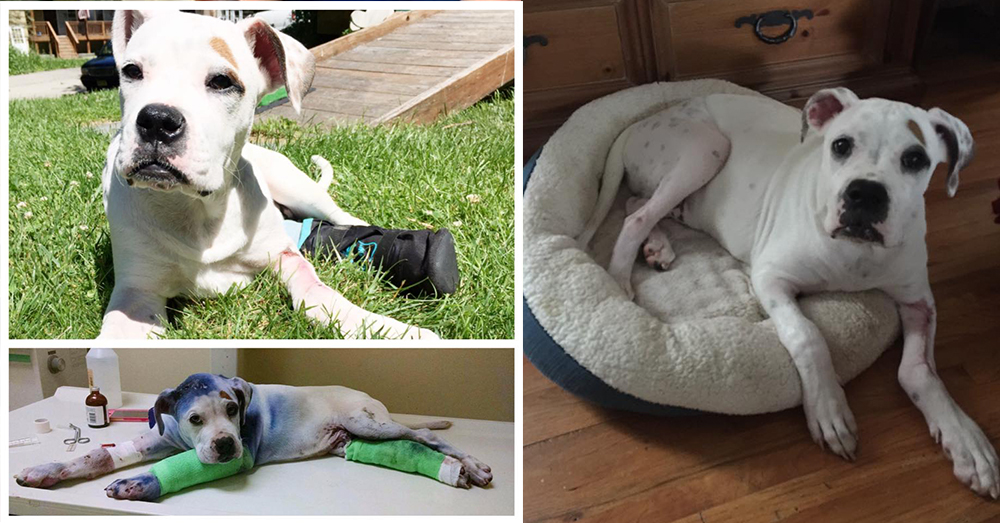 Source: Facebook/Sammies Journey To Recovery
Sammie has made a full recovery!

Sammie’s abusers may never face justice. No charges have been pressed since Sammie was labeled a stray when he was found. But there is still a chance to save countless others from the same fate.