A cat was found in desperate need of help on the streets of Phoenix, Arizona. The black cat was running in fear of the people trying to save her. She lost all trust in humans when a monster shot a homemade blow dart into her head.

“Its eye was bulging out of its head. It was the worst sight I’ve ever seen,” Kseniya Schminke told AZ family. “It hit me so hard that I couldn’t leave. I sat there for hours just crying on the curb over there.” 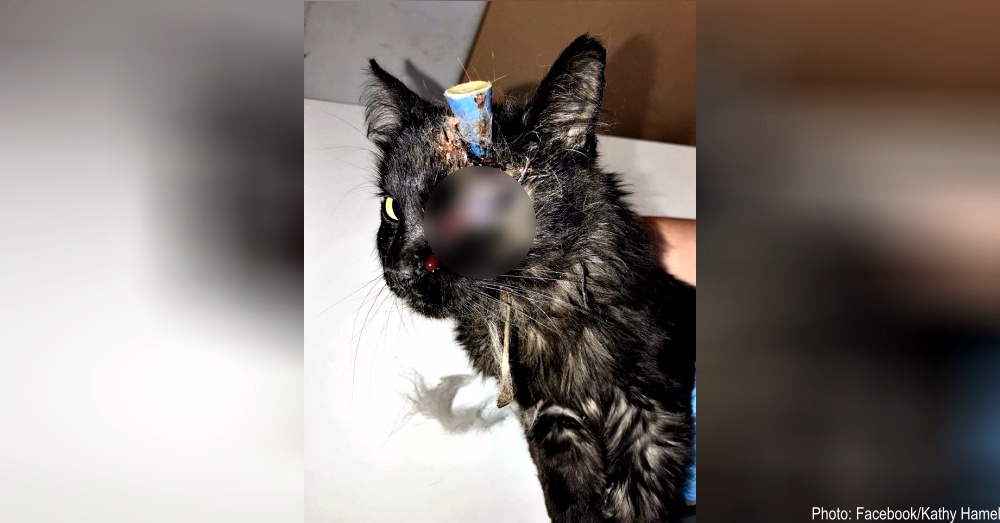 Once the badly injured cat was caught, she was brought to an animal hospital to be treated. The rescuers named the cat Destiney. “This cat was intentionally shot with a blow dart. It went through the back of her eye but bent, leaving her skull intact,” posts Kathy Hamel.

“I have no idea why anyone would want to do anything to an animal. It’s terrible and cruel,” states Kseniya. 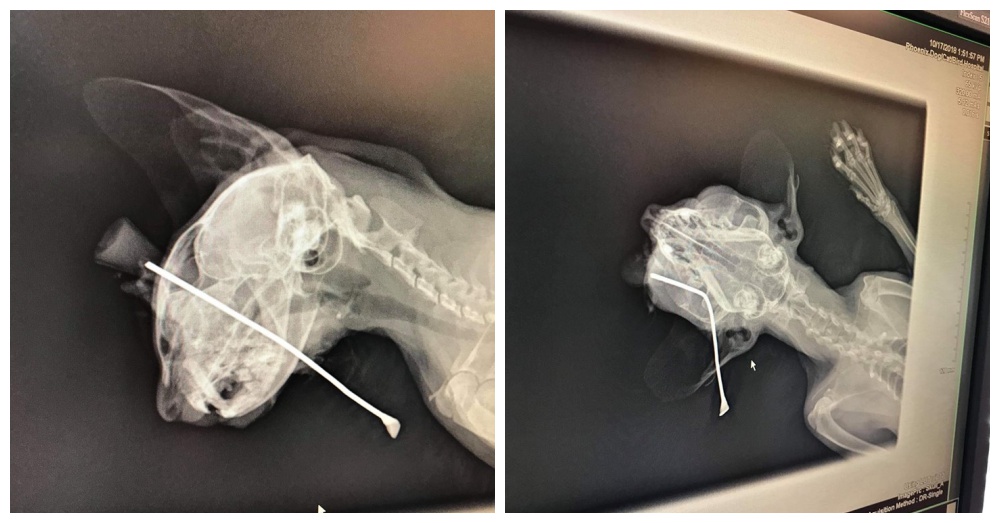 Destiney is recovering from the disturbing incident in a loving foster home. “The dart has been removed and she presently is being treated for a swollen mass pus filled infection around and behind that injured eye which will be removed when she is stronger,” states her rescuers.

A local rescue group, Arizona Shih Tzu and Small Breed Rescue, stepped up to treat the poor cat and asked their followers to help with donations and finding the “twisted human being” doing this. Sadly, there have been other reports of cats being shot with the same homemade blow darts. All the cats have lived, but the attacks continue. 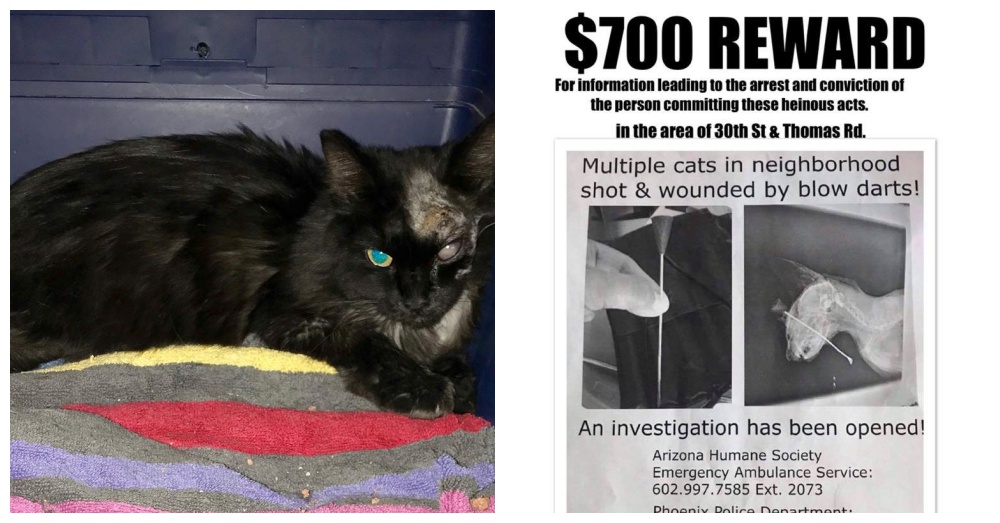 An investigation has been started and “legal action against the unknown suspect in this case IS being pursued,” states Kathy Hamel from the rescue group. The community has come together and are concerned for the animals in the area. They are all on the lookout for the monster behind the homemade blow darts, and a $700 reward was offered to find the heartless person behind the attacks.

“Animals are defenseless. They need somebody to stick up for them and help them,” said Kseniya.