This dog, later named Blossom, was found by a volunteer from OrphanPet in Greece. She was a stray and had been wandering the streets for weeks and maybe even months. The poor pup was in heart-breaking shape.

She had a chain wire embedded in her tail, which had been there for a while. Because the chain was so tightly wrapped around her tail, her tail became extremely swollen. 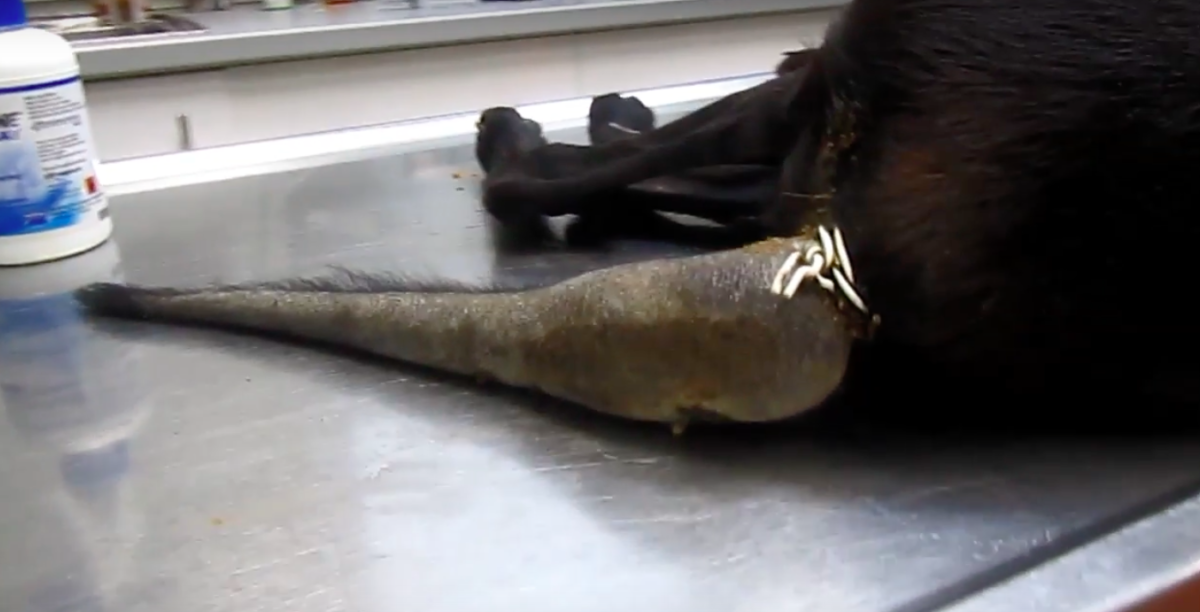 And to make matters worse, she was also covered in thousands of ticks. They did a blood test and discovered that her blood was so thin due to the ticks. If they hadn’t rescued her, she wouldn’t have survived much longer. Blossom’s time was running out, and they knew they had to help her as soon as possible. 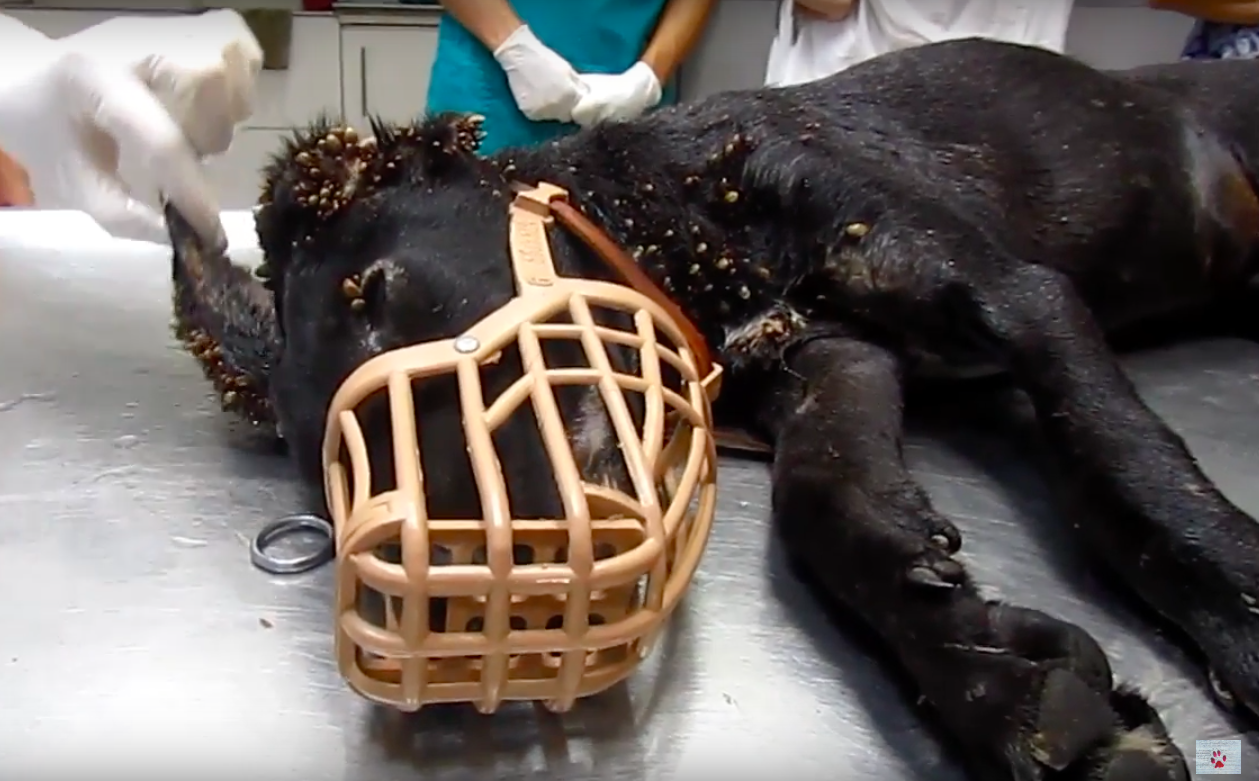 After they brought her in, they gave her a blood transfusion and wound up having to amputate her tail. They worked hard and carefully to remove as many ticks as they could one by one, but it took about a week to remove every single dead one. 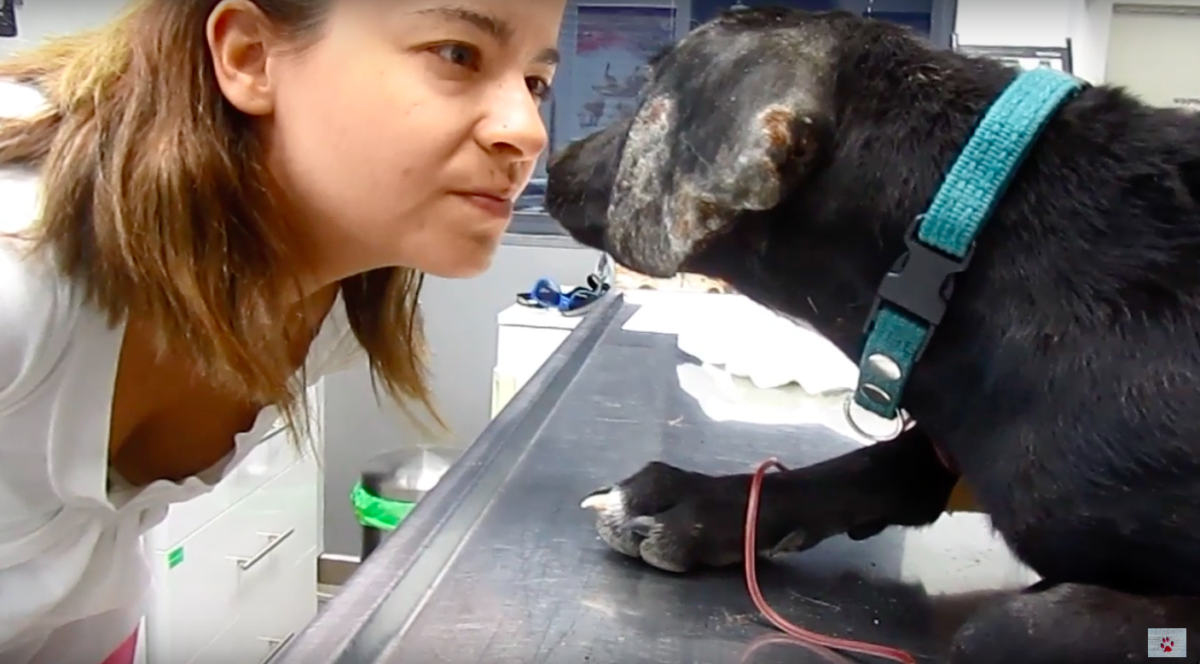 Her transformation is absolutely mind-blowing. She is now very healthy and has made new doggy friends along the way. And best of all? She was adopted! 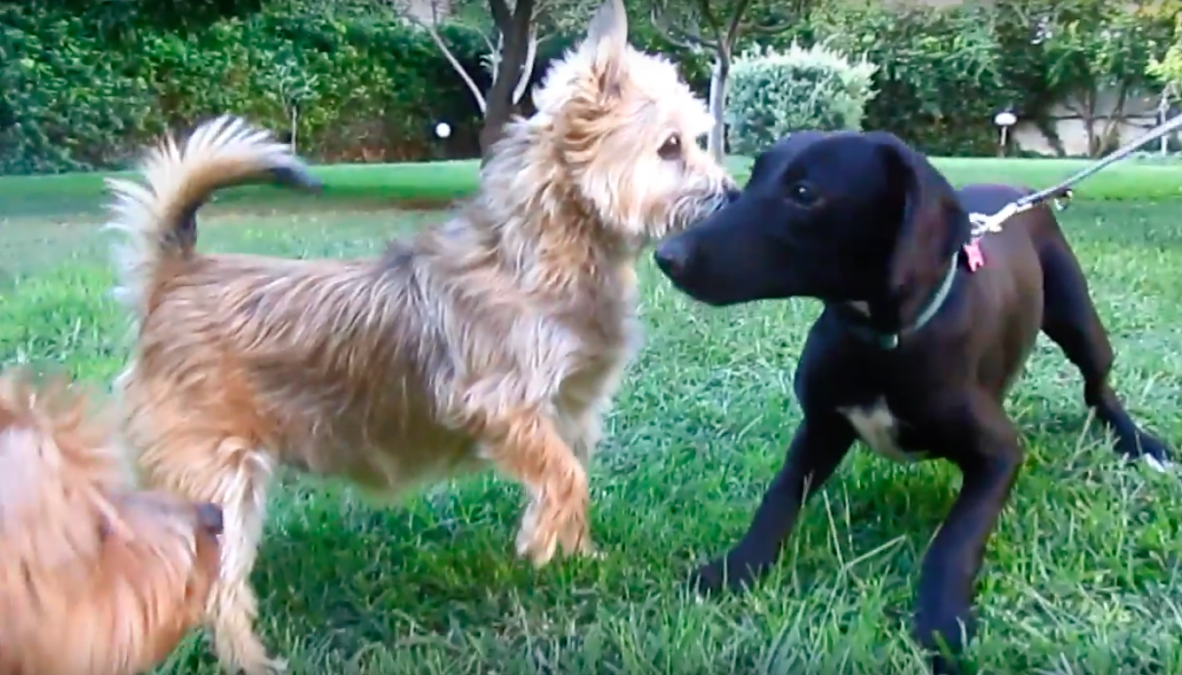 Today, she’s living in her forever home and is enjoying her second chance at life. If this volunteer didn’t find her and bring her in, she would never have survived. Thank goodness for these kind rescuers at OrphanPet! 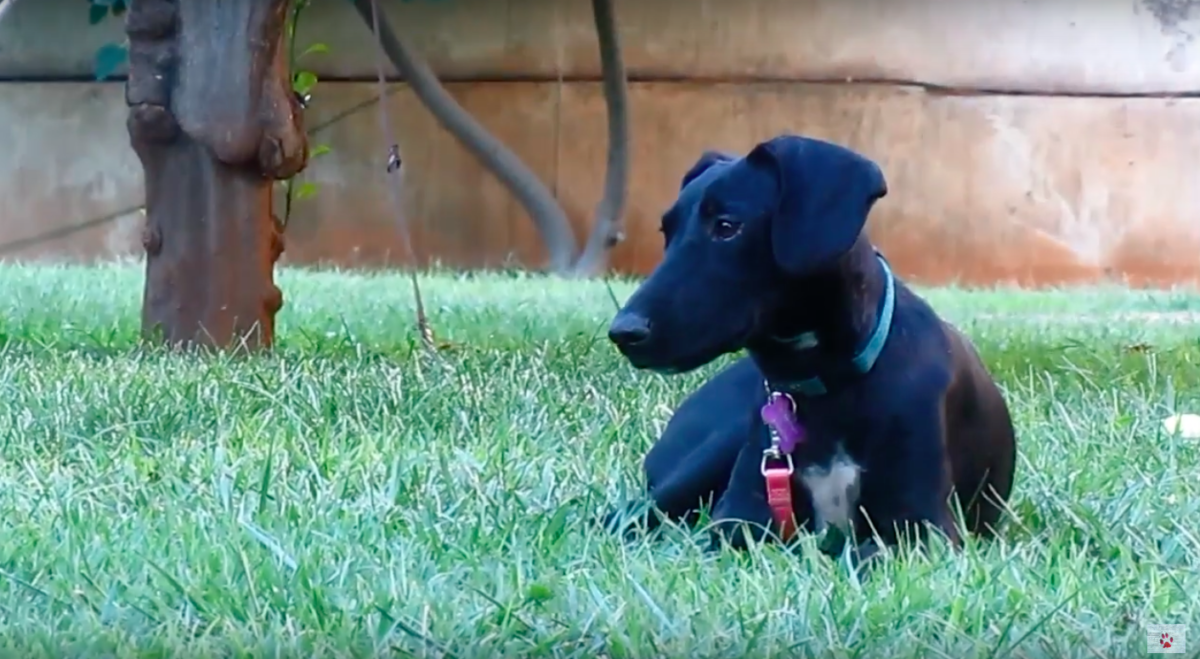 Watch her rescue and transformation in the video below. It is truly amazing!