Amy Ochs opened the door of her Colorado Springs home and called in her two dogs from the yard, except only one of them was there. She was worried sick when she didn’t see her 13-year-old dog, Blizzard. She looked everywhere, but to no avail.

A family friend then helped her search for Blizzard but they still couldn’t find her. Then they heard weird noises coming from a manhole on the side of the driveway that a trailer was parked over. 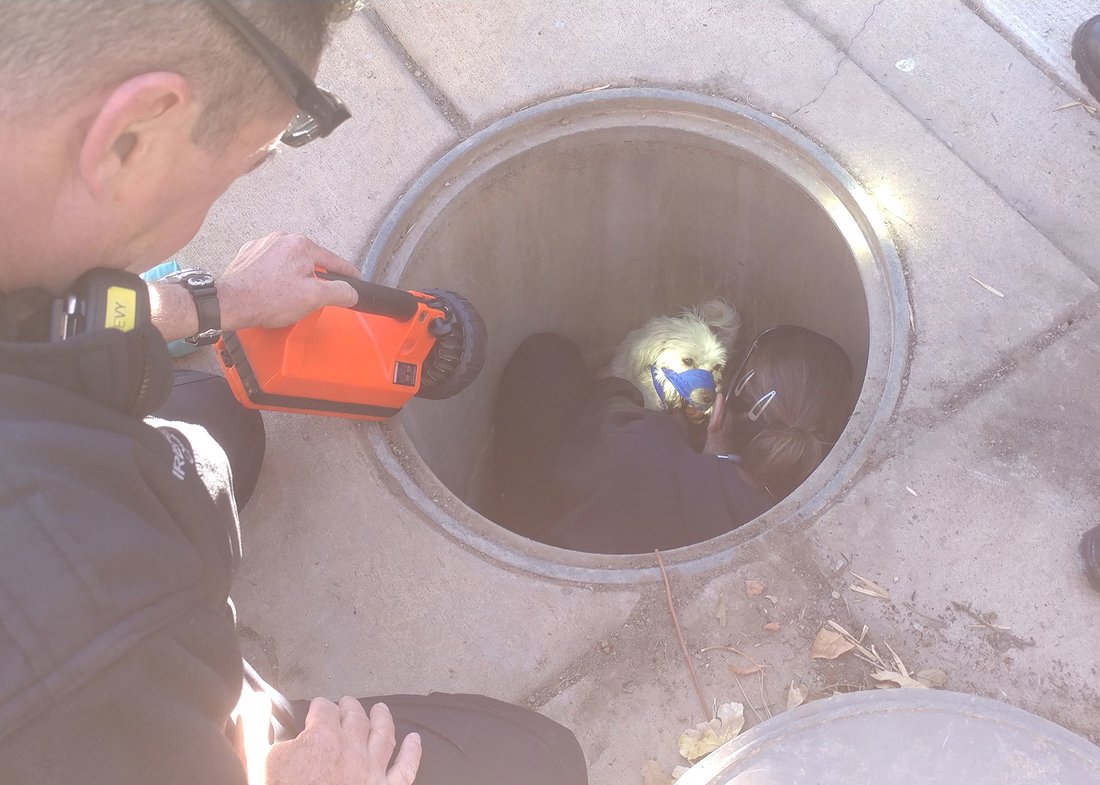 They rushed to the hole and saw Blizzard lying in a pool of blood with a sharp point impaled through his leg. Ochs panicked and immediately called 911 for help. Colorado Springs Firefighters and Animal Law Enforcement officers swiftly arrived at the scene.

Jennifer Rainey, of the Humane Society of the Pikes Peak Region, wound up being the one who would go into the manhole to assess the situation and injury. She gave him pain medication and then realized the extent of his injury.

“He was actually hanging by muscle and skin from the left forearm,” Rainey told PEOPLE. “When I got him loose and lifted him off the pipe, he went into shock.” 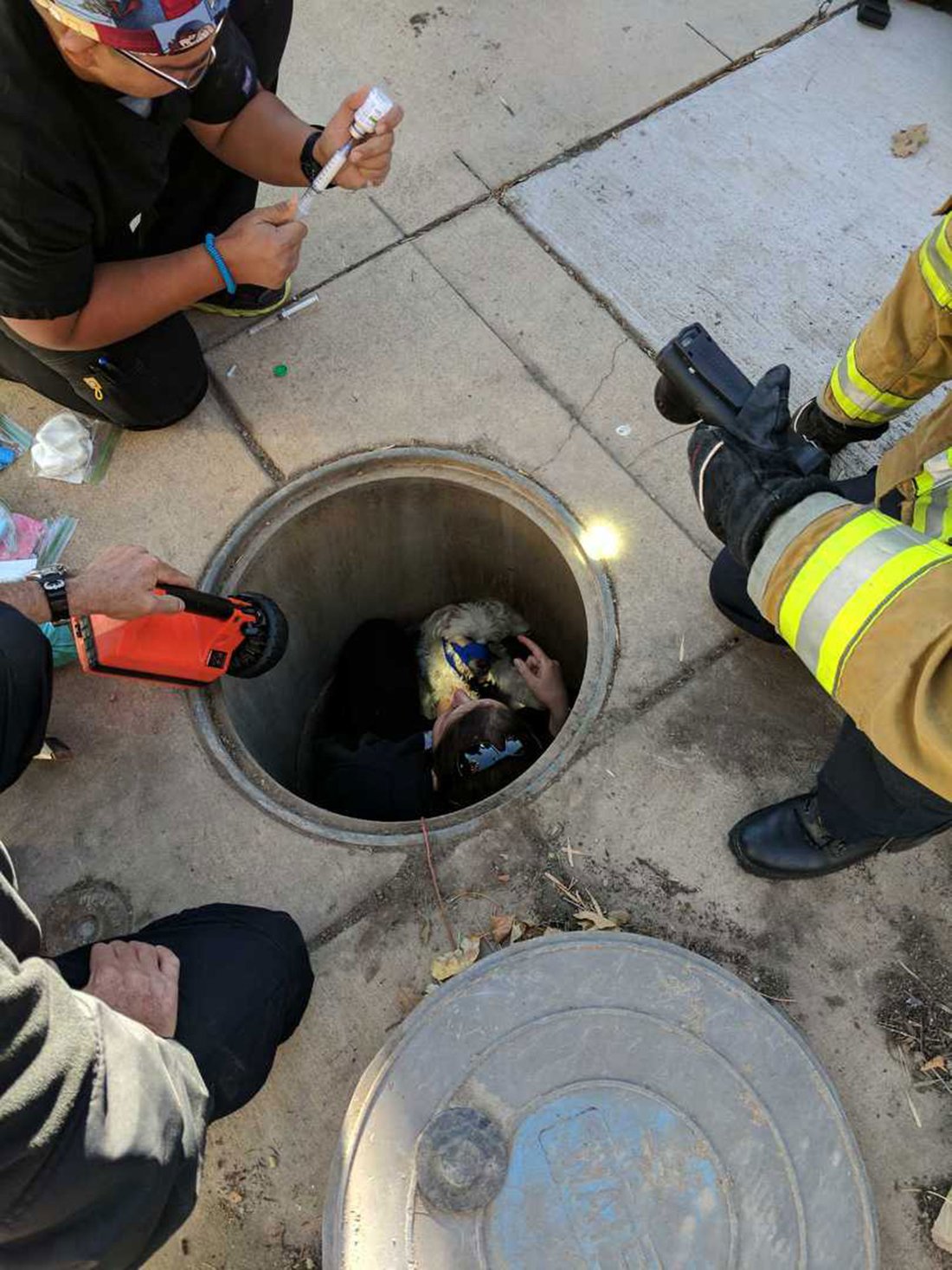 Rainey carefully lifted the dog as Ochs’ husband, Don, was there to pet the dog and keep him calm. Once Blizzard was brought up out of the hole, they gave him more pain relievers, sedatives, oxygen and other treatments before rushing him to an emergency vet.

“The members of the Fire Department and Humane Society came too and they waited to find out if he would be okay,” Ochs told PEOPLE. “That meant so much to us.”

Blizzard got a lot of stitches for his wounds but is now back at home and is expected to make a full recovery. His family is just happy to be reunited with him. 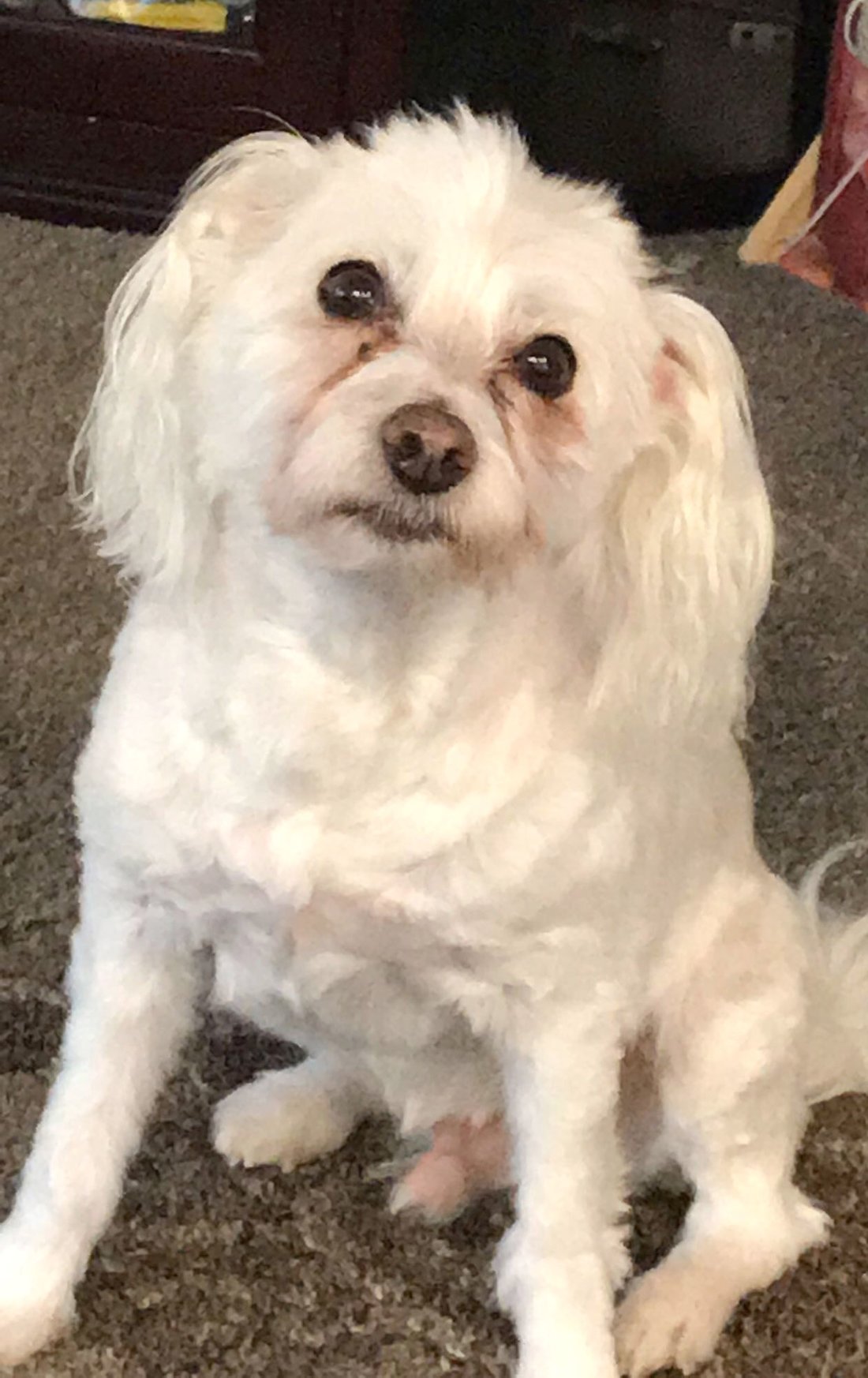 As for how Blizzard wound up in the manhole in the first place – it turns out that a bear had broken part of their fence, which allowed Blizzard to escape. They have since secured the yard and will make sure the manhole cover stays on the way it should.

The situation wasn’t an easy one, but it could have been much worse. Thankfully Blizzard survived the fall and injuries. If he landed a different way, it could have killed him. And if they didn’t find him when they did, he could have died from loss of blood.