Though Once Doomed To Slaughter, Tiny Calf Rescued At Auction Instead

Blitzen was only days old when he was being sold at a cattle auction. He was very weak and weighed just 37 pounds. The people who were auctioning him off laughed at him because of how small he was. To them, he was just trash, and no one thought anyone would bid on him. 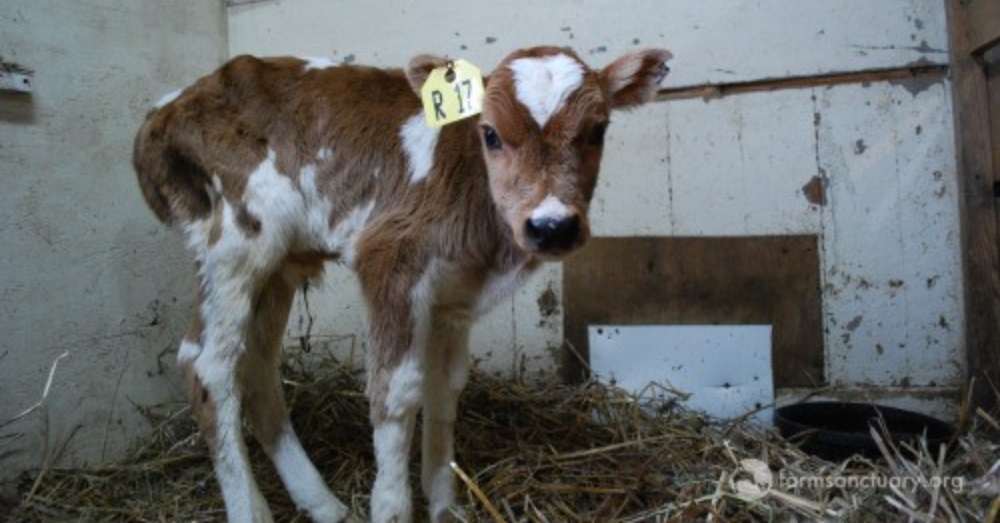 And no one did. That’s because he was rescued just in time. Susie Coston, national shelter director for Farm Sanctuary, took one look at Blitzen and knew she had to save him. 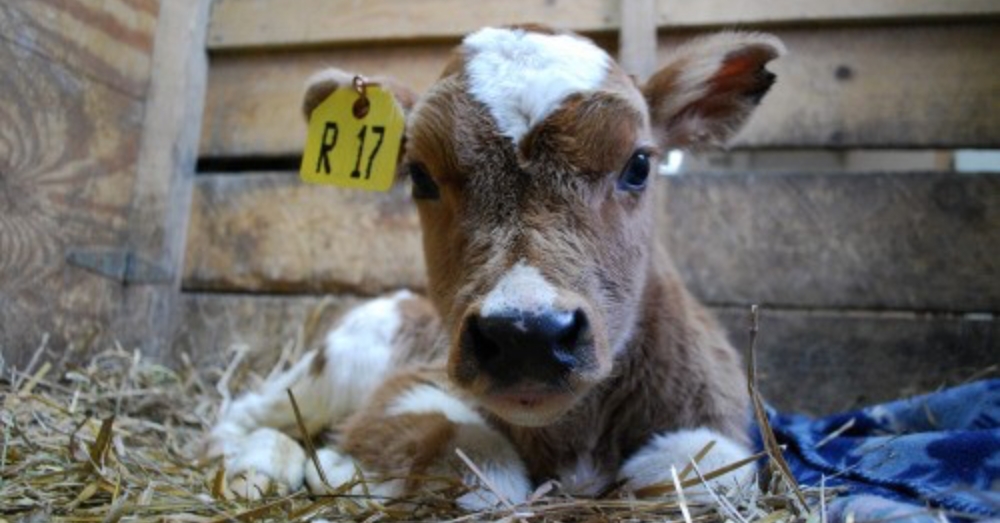 Calves often arrive at stockyards too weak to stand, and very dehydrated without having received vital colostrum from their mothers. Since they didn’t receive colostrum, it leaves them vulnerable to infection and disease. And Coston knew Blitzen would be headed in that direction soon if he wasn’t rescued. 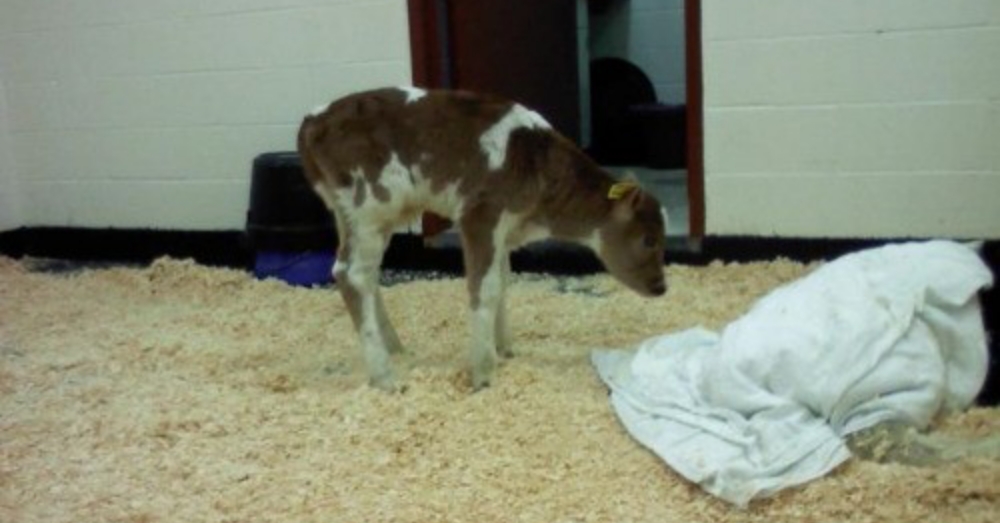 Blitzen, along with two other sick calves named Lawrence and Alexander, was rushed to Nemo Farm Animal Hospital at Cornell University. 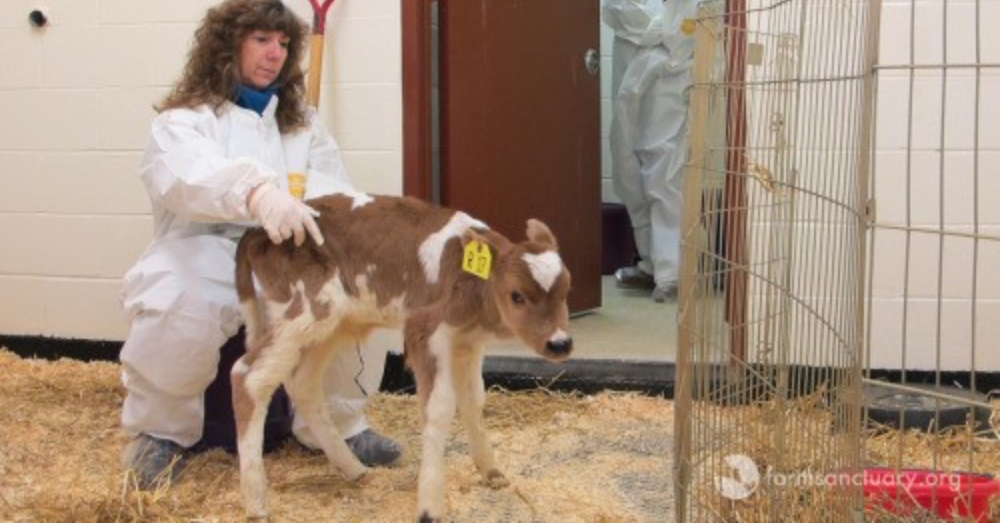 They were all in bad shape, but Lawrence was closest to death. Blitzen watched over the calves while vets tried to save them. Blitzen had pneumonia and received a blood transfusion. But soon after, all three calves were growing stronger each day. 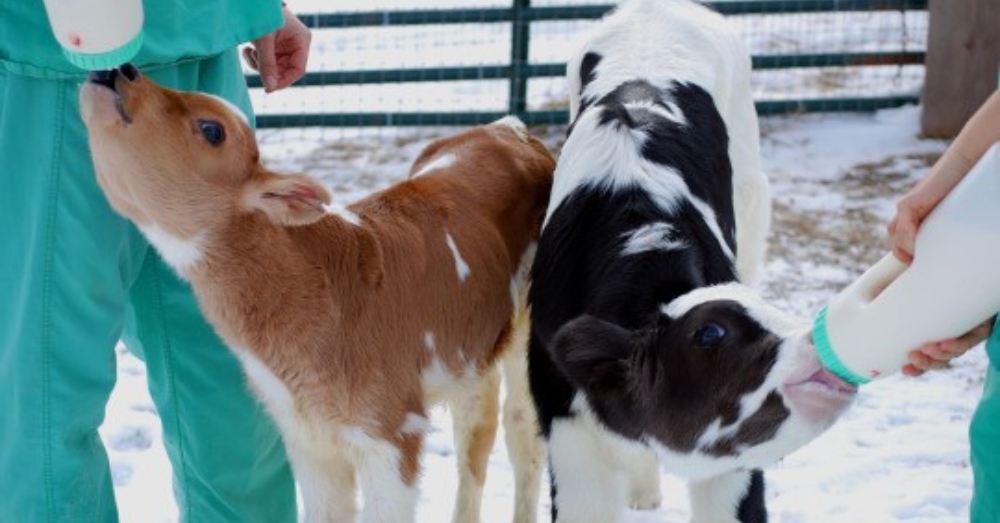 Fast forward six years, and all three calves are now all grown up and live together at Farm Sanctuary in upstate, New York. Sadly, Alexander passed away from complications from his rough past, but Blitzen and Lawrence grew an extremely close bond, and now they’re inseparable. 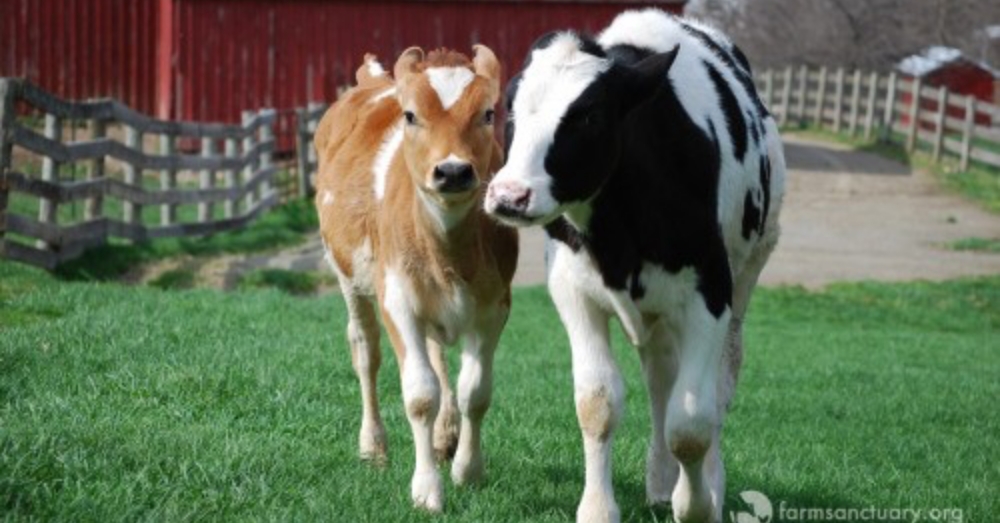 Watch their journey in the video below: