A Dog Was Trapped In A Bush For 2 Days. When They Rescued Her, They Realized Why She Was Trapped…

Someone noticed a dog trapped far into some bushes on the bank of a lake and called Animal Aid Unlimited, a rescue organization in India. Apparently the poor dog was intentionally chased into the thorny bushes by a property guard. She had been trapped there for two days without food or water and was completely terrified. 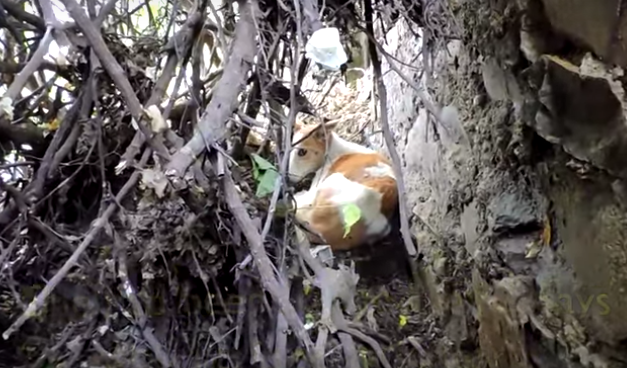 A rescuer cut through the fence to get her out. They were unsure why she had been sitting there all along instead of trying to get out, but once they got to her, they realized why. It turns out the poor pup was blind. Since she couldn’t see where she was, she was extremely scared and confused. They brought her back to their sanctuary to take care of her. She was extremely dehydrated, so they hooked her up with IV fluids. Now she is getting all of the love and care she needs and doesn’t have to be afraid anymore.